Revital Amiran and Yisrael Medad: A Final Exchange on the Israeli Left

by Revital Amiran Yisrael Medad
BACK 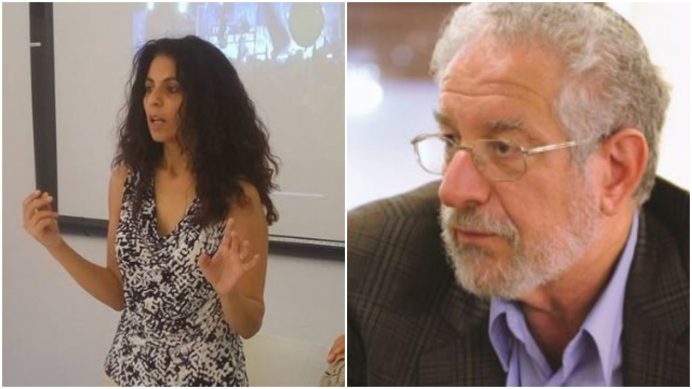 The following exchange brings to a close the dispute between Revital Amiran and Yisrael Medad on the standing and prospects of the Israeli left. It began with Amiran’s ‘The Zionist Left is Renewing Itself’ to which Medad responded with ‘The Left is finished in Israel.’ Her rejoinder, ‘The Robbed Cossack and the Imaginary Reality of the Right’, now has a response from Medad, which in turn provoked a short last word by Amiran. Fathom editors are very keen to publish more back and forths of this kind between right and left and we encourages readers to consider offering short, civil, and informed responses to Fathom content.

Revital Amiran’s ‘sharp’ rejoinder to my response to her piece is quite remarkable if mainly because her accusations and charges are weak and hollow (to borrow a 2006 David Grossman term) but also because of a problem with definitions.

By ‘Left’ I, of course, did not include the Blue-and-White list but the ever-shrinking Labour Party, by whatever name it now goes by, and the Meretz Party, now known as the Democratic Camp (admittedly, the Arab sector is in its own category with its Jewish Communist voters). Those two parties in the April elections for the 21st Knesset gained 10 seats, which total .083 per cent. Incidentally, for Meretz, its Arab support was crucial to enable it to pass the threshold, as Tamar Zanberg admitted. And yes, I consider that they are ‘outside the Israeli consensus’, whether Amiran, decrees otherwise and whatever polls and studies she quoted (Shimon Peres famously quipped that polls are like perfume, smelling good but poison to drink).

We now have the almost-but-not-quite final results of the elections for the 22nd Knesset and the Knesset web site as I write shows those two lists did not manage to gain more than 10 per cent of the vote.

I based my opinion on a fact: the Left’s agenda is not popular and does not have any significant public support.

As for her treatment of Blue-and-White, to suggest it is ‘basically a Left party that supports negotiating with the Palestinians’ begs two questions. The first: is Moshe Yaalon, Tzvi Hauser and Yoaz Hendel Left? Is Gaby Ashkenazi? When Yair Lapid was a government minister under Binyamin Netanyahu, and who was supposed to become a rotated Prime Minister per pre-election agreement, did Amiran consider him Left? And as an additional testimony, I see that in Haaretz on 17 September, Dmitry Shumsky, a darling of the Left, wrote ‘Blue-and-White is aiming to obliterate the Left’.

The second question is if ‘negotiating with Palestinians’ is a leftist characteristic, since the Likud continuously declares its willingness to negotiate with the Palestinian Authority, has in the past negotiated and even had accepted a moratorium on construction in the Jewish communities in Judea and Samaria, can we assume, a la Amiran, that the Likud is, or at least, was… Left, even a bit?

To be clear, by Israeli Left, one means a near total territorial compromise, a less-than-assertive defense posture, intense secularism and disestablishmentarianism of the Rabbinate, opposition to ‘piggish’ capitalism and a willingness to involve in Israel’s societal fabric European defeatism and American radical progressivism, through financial infusions to the multiplicity of NGOs operating in Israel’s society.

I will admit that I really do not know what she means by ‘populism’ nevertheless, I do expect her to know what I meant by ‘popular’: actual results and not polls. However, I do know what an elite is and I thoroughly and disdainfully reject her post-modern neo-racist slur in writing ‘one may notice the right-wing elite in the settlements is pretty much white’ – as if the kibbutz movement, past and future, is any different. If Ms. Amiran wishes to import Western progressive thought and linguistic constructs, as well as bandy about Stalinist phraseology like ‘proud fascists’, similar to when David Ben-Gurion called Jabotinsky ‘Vladimir Hitler’ and Menachem Begin a ‘Hitlerite’, not only is she not in the consensus but I would place her outside the Pale.

My only response to Yisrael Medad is: The elections results speak for themselves. Kachol Lavan ends up with more mandates and more recommenders (thanks to the historic decision of the joint slate). The Israeli society said no to populism, no to incitement against the Arab population, no to annexation and no to the destruction of democracy. The extreme right is out of the Knesset, with high chance that Bibi (who lost 300,000 voters) is about to leave the political arena, Yamina with only seven mandates is heading to the opposition benches and Trump’s deal of the century is knocking on the door. In this way or another, the Israeli left agenda is renewing itself and it’s only the beginning.

By Yisrael Medad
Yisrael Medad writes a weekly media column for the Jerusalem Post and serves as a foreign... Read more > October 2019

By Emanuel Shahaf
Emanuel Shahaf is Co-Chair of the Federation Movement which proposes a federal citizen state in... Read more > October 2019 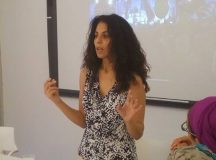 By Revital Amiran
A sharp rejoinder from Revital Amiran to Yisrael Medad’s critique of her Fathom article ‘The... Read more > October 2019

By Revital Amiran
‘If the public leans left, how come it keeps turning its back on the left... Read more > October 2019