Fathom > September 2019 > IsraelVotes2019 (2) | To renew itself, the Left must give up the two-state solution and embrace civil rights and economic opportunity for all. A reply to Revital Amiran

IsraelVotes2019 (2) | To renew itself, the Left must give up the two-state solution and embrace civil rights and economic opportunity for all. A reply to Revital Amiran

by Emanuel Shahaf
BACK 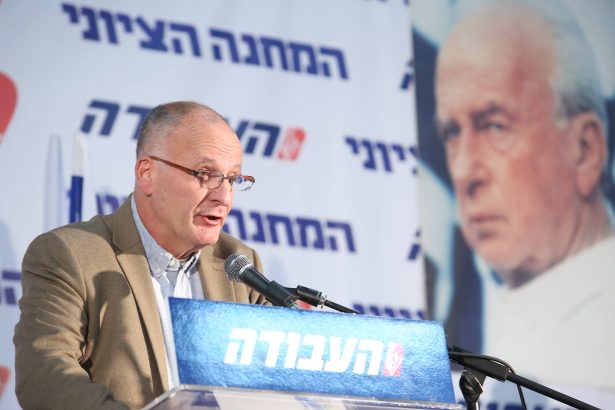 Emanuel Shahaf is Co-Chair of the Federation Movement which proposes a federal citizen state in Eretz-Israel/Palestine, excluding the Gaza Strip. In this reply to Revital Amiran (‘The Zionist Left is Renewing Itself’, 28 August), he argues that the ethnic politics of separation and two-state solution is dead. He suggests that the Left embrace an older ideology that was part and parcel of the Zionist thinking that created the state of Israel and called, in the Declaration of Independence, for the country to be developed for the benefit of all, based on freedom, justice and peace as envisaged by the prophets of Israel, and so ensure complete equality of social and political rights to all its inhabitants.

Plenty has been written about the reasons why the Left in Israel has lost its appeal to the voters, although, when looking at the voting blocks, the actual loss has arguably not been that dramatic. Nevertheless, the continued inability of the Left to form a governing coalition, or become a strong partner in a coalition led by the Right, has had a cumulative effect resulting in a loss of political influence. The Left has lost its mojo.

It certainly appears that this loss is not unique to Israel; after all, left-wing parties lost elections in Europe and elsewhere for many years and are everywhere struggling to make a comeback. The main reason for this state of affairs appears to revolve around two factors:

Both perceptions apply in Israel but here there is an additional consideration and it has a debilitating impact on the Left’s ability to compete electorally;

How has the Israeli Left earned this distrust?

The security apparatus in Israel has traditionally been considered left or center-left in outlook even though a long time has passed since the political Left last controlled the government. For almost 40 years now, with short interruptions (1992-1996, 1999-2001), the Right has been in power and the impression is that the security apparatus has more or less consistently acted throughout that period to prevent major military action against Israel’s enemies. Certainly, it has been mostly the politicians who wanted to make aggressive moves in Lebanon, the West Bank or Gaza, and it was the politicians who pushed for preemptive strikes on Iran’s nuclear assets and other targets.

The ‘leftist’ security apparatus has always acted as a moderating force in Israel, and thus has helped to cement and reinforce the reputation of the political Left as moderates who are not really up to dealing forcefully with the enemies of Israel. ‘Proof’? See the ‘terrible’ Oslo agreements signed by a leftist government (in the wake of which thousands of Israelis were killed), see the failures of the Camp David summit in 2000 conducted by another leftist government, where Israel was ‘willing to give up everything’ and got a violent intifada in return. Even Israel’s withdrawal from the Gaza Strip in 2005 and parts of the West Bank is somehow attributed to the Left (which of course was supportive). Arik Sharon, Prime Minister at the time, despite being member of the right wing Likud, was accused of acting more like a member of Mapai, the ruling party of the left until 1977.

The demise of the two-state solution went unnoticed by the Left. But not by the Israeli public

Burdened with this perceived security deficit, removed from power for decades and unable to prove its security mettle in any way, it is no wonder then that the Left has slowly but surely withdrawn from dealing with the Israeli-Palestinian conflict and instead limited itself to repeating, ad-infinitum, that the only solution to the conflict is separation and a two-state solution without providing a political route to that goal or a regional long-term strategic vision for Israel. A number of NGO’s, notably ‘Peace Now’, ‘Commanders for Israel’s Security (CIS)’ and the ‘Geneva Initiative’, all associated with the Left, kept alive a semblance of engagement with the efforts to resolve the conflict with the Palestinians. More than anything however, their engagement dealt with the technicalities of how to move toward separation, the associated withdrawal of Israeli settlements and the two-state solution. There has been nary a word about the political aspects of such an approach. When I asked CIS Chair, Maj. Gen. (res.) Amnon Reshef about the political likelihood of having their amazingly detailed withdrawal/separation plan implemented, he just looked at me, at a loss of words, indicating that that’s not what CIS are responsible for.

Over the same period, the Left’s silver bullet to resolve the conflict started to unravel. Why? Decades-long efforts to settle the West Bank by consecutive right-wing governments (and some on the left); traditional Palestinian intransigence to prevent any moves toward an agreement; haphazard international efforts to engage with Israel over the ongoing occupation; and US administrations that were, more often than not, guided primarily by domestic considerations. These all helped to effectively put the two-state solution to rest. While the former US Ambassador to Israel and Middle East expert Martin Indyk famously quipped early in 2017 that the two-state solution may be dead but not buried yet and anyway, in the Middle East, there are always chances for resurrection, I’m a firm believer in statistics and regarding resurrections they aren’t all that good.

The demise of the two-state solution didn’t go unnoticed by the public. While politicians on the Left repeat two state/separation dogma regardless, support for the two-state solution among the public, both Israeli and Palestinian, keeps losing ground and is now below the 50 per cent mark. At the same time, leaving its in-principle popularity aside, majorities in both populations are in agreement that two-states can’t be implemented.

So, to bet only on separation and the two-state solution without considering serious alternatives is clearly a losing proposition. And yet that is just what the Left in the Knesset has been doing.

Ethnic Politics: why the Left can’t move on from the two-state solution

Why has the Left been so clearly delinquent at catching up with reality, to the detriment of its appeal to the public? Let’s start with a basic problem that has rarely been adequately addressed: the separation of peoples based on ethnicity, the central element of the two-state solution, has become the overriding aim of the Israeli parliamentary Left, and separate Jewish and Palestinian nationhood has become much more important as a political vision than practical efforts to obtain an equitable distribution of political rights and economic opportunity for the peoples of Eretz Israel/Palestine. The Left has no hesitation about investing enormous amounts of money to separate two populations that have become intertwined physically and economically over the last 52 years.

In fact, the Israeli Left has been much more engaged in implementing the goals of nationalism, both Jewish and Palestinian, than aspiring to the left’s universal values and finding creative political solutions to implement them. It has effectively blurred the lines between itself and the Right along the lines of ‘if you can’t beat them join them’. The parliamentary Left, definitely the Zionist one, has largely foregone leftist ideology; it has become a Left-in-name-only.

We are trapped between a Left that sticks to an un-implementable two state/separation dogma without a long-term vision for the area, and a Right that has has all the energy that comes with the messianic settler movement that is part of it, while its political representatives in the Knesset know how to get what they want. Common to both the Left and the Right is a desire for strict long-term security control over the whole area between the Jordan River and the Mediterranean, no matter what the eventual political solution will be.

Amazingly, the issues and considerations discussed above, though critical for Israel’s future and international legitimacy, were nowhere to be seen in either the April campaign or, it seems, in the present campaign. The only party that has actually offered a plan to resolve the conflict (no surprise: separation/two states) is the Democratic Union of Horowitz, Shafir and Barak. Everyone else, more or less, has stayed mute.

An Alternative: Civil Rights and Economic Opportunity for All

Israelis, while mostly preferring some degree of separation from the Palestinians, insist on security control over the whole area, largely reject the idea of an independent Palestinian State, don’t want to lose civilian access to ancestral lands in the West Bank and definitely don’t want the trauma of another forced withdrawal of hundreds of thousands of settlers from the territories that would be part of any realistic two-state scenario.

The Right is unwilling or unable to produce a political vision that is not ethnocentric and exclusive, a vision that could include all the people of the area and provide them with civil rights and economic opportunity. The Left, would it put its mind to it, could do just that. It would require out-of-the box thinking, going back to proposals that were discussed seriously by the Zionist Movement in the 1930s and 1940s, including federative approaches. It would mean a major paradigm shift, embracing policies that were much closer to those considered by the founders of the state who realised that Israel was about to be created in a bi-national reality and studiously avoided calling for a Jewish Nation State, unlike the present political leadership who just inscribed that very thing in law.

It would mean bringing back the leftist ideology that was part and parcel of Zionist thinking that created the state and called, in the Declaration of Independence, to develop the country for the benefit of all its inhabitants; to base it on freedom, justice and peace as envisaged by the prophets of Israel; to ensure complete equality of social and political rights to all its inhabitants irrespective of religion, race or sex; to guarantee freedom of religion, conscience, language, education and culture; to safeguard the Holy Places of all religions; and to be faithful to the principles of the Charter of the United Nations.

Would more of the public connect with this alternative? I certainly think so. It would be more honest to the Left’s values, provide an unambiguous vision for a future in peace with our neighbors and lead Israel back to a righteous path. 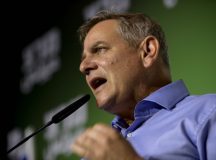