Fathom > September 2019 > IsraelVotes2019 (2) | The Robbed Cossack and the Imaginary Reality of the Right: a rejoinder to Yisrael Medad

IsraelVotes2019 (2) | The Robbed Cossack and the Imaginary Reality of the Right: a rejoinder to Yisrael Medad

by Revital Amiran
BACK 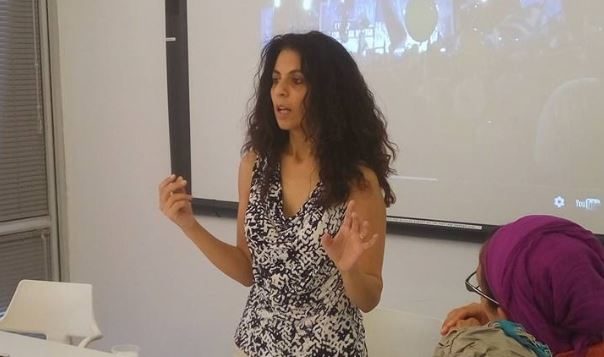 A sharp rejoinder from Revital Amiran to Yisrael Medad’s critique of her Fathom article ‘The Zionist Left is Renewing Itself’.

The response of Yisrael Medad, the foreign press spokesperson for the Yesha Council of Jewish communities, (‘“The Left is finished in Israel.” A reply to Revital Amiran’) to my Fathom article, is soaked with kind of populism that the Israeli Right often uses to delegitimise the Left and to manipulate the public.

Thus, like Prime Minister Benjamin Netanyahu (Bibi) and others right-wing leaders, he tries to frame the Left outside the Israeli consensus, and does not let reality disturb him. That reality, reflected in the several studies and polls I mentioned, is that the Left’s agenda is still popular. These polls were ignored by Medad. Furthermore, he failed to acknowledge the fact that Kachol Lavan (Blue and White) is basically a Left party that supports negotiating with the Palestinians and, in the long run, the two-state solution. As such, it has magnetised many Left voters.

The plain fact is that, in the last election, the Right didn’t do much better than the Left. Do not forget that Bibi didn’t manage to form a coalition. Another fact: the religious right (The Union of the Right joint slate) ended up with only five mandates. The New Right headed by Ayelet Shaked and Naftali Bennett didn’t even cross the threshold. Recent polls published at the weekend showed Kachol Lavan and the Likud winning the same number of mandates (32), and Yamina (the rebadged New Right) getting fewer seats (nine) than the Democratic Camp and the Labour-Gesher slate (11 in sum).

Medad’s populism doesn’t stop with his twisted perception of reality. In accordance with the message the Right has used to pave its way to office, he also takes advantage of the rift between the Ashkenazi and Mizrahi Jews. But the sense of solidarity and pride the Right offers the Mizrahi Jews is mostly faked and manipulative. Everybody remembers the anger of Miri Regev, the minister of culture and sports, after Netanyahu excluded her and another Mizrahi minister from the campaign selfie picture of the Likud leadership. Actually, Netanyahu has nothing to do with the Mizrahi traditional life and culture. He belongs more to the Ashkenazi elite than do some of the current leaders of the Left.

There are many problematic sayings that are attributed to him and to his wife regarding the Mizrahi Jews. Thus for example, Meni Naftali, Netanyahu’s family former housekeeper, claimed Sara Netanyahu used to talk down on him. Once she told him: ‘We are sophisticated Europeans. We don’t eat as much food as you Moroccans.’ Naftali sued the Prime Minister’s Office in 2014 for alleged ‘unreasonable requests and deplorable attitude shown’ by Sara Netanyahu. In 2016, the court ruled he should receive compensation to the tune of 155,000 NIS.

Besides Bibi’s attitudes, one may notice the right-wing elite in the settlements is pretty much white. Last term their representative in the Knesset initiated and passed the admission committee law enabling big settlements to keep filtering resident nominees and so keep their specific Ashkenazi character.

Another populist claim of Medad concerns the ‘leading role the Left has in the media’ that he claims keeps the Left alive. This claim is false and an example of the old Jewish adage about the ‘Robbed Cossack,’ the perpetrator who pretends to be the victim, the robber pretends to be robbed. The truth is that the media is full with rightish leaning journalists, newspapers, and radio and TV channels. Indeed, some platforms mainly recite Bibi’s messages. Journalists who do their job professionally and so sometimes criticise the government, or expose solid information about Bibi’s investigations, are automatically blamed for being ‘leftists’. A week ago Channel 12 News assigned a bodyguard to one of their journalists after he received threats due to excerpts he had aired from Netanyahu’s police investigation.

Finally, a word about Judaism and the Left. Despite the attempt of the Right to tag leftish as ‘anti-Judaism’ and as ‘not patriots,’ one should remember that the Right does not have a monopoly over Judaism or over the love of Israel. Judaism doesn’t mean living according to the Halacha. Instead, the Left tends to see Judaism in moral terms, according to which what is really out of the consensus is an ideology that exalts controlling people without giving them basic political rights as well as trying to form an alliance with former Kahanists, proud fascists, in order save themselves from the opposition benches.