by Gadi Taub
BACK 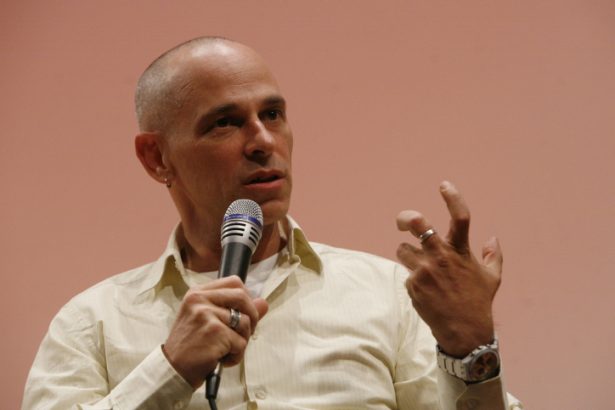 Gadi Taub speaks at the International Writer's festival in Jerusalem on 6 May 06 2010.

Gadi Taub is a prominent Israeli historian, author, screenwriter, political commentator and Senior Lecturer in the School Public Policy and the Department of Communications at the Hebrew University of Jerusalem. He spoke to a Fathom Forum about the struggle for the soul of Zionism. The ‘Zionism of liberty’, based on the principle of the self-determination of peoples, fights for hegemony with a messianic ‘Zionism of land’, which, he argued drives the settler ideology. Taub made the case for liberal Zionism.

Zionism is seriously misconceived outside of Israel. It is identified to a large extent with support of the settlements. However, the settlements are an undermining of Zionism rather than a continuation of it; not just politically but also ideologically.

My book, The Settlers and the Struggle over the Meaning of Zionism, shows that the settler movement is a kind of ‘blood and soil’ nationalism, whereas Zionism was originally a republican form of nationalism. Its ideals were liberty and self-determination and its goal was a state as a means to secure Jewish self-determination. By contrast, for the settlers, the state is a means for redeeming the land and for abiding by what they see as the commandment (Mitzvah), to settle the Land of Israel.

Zionism was not like any other movement that wished to go back to the Land of Israel. It was a specifically modern movement that had its origins in a question which had no connection to the land of Israel whatsoever. The question arose during the Haskalah (Jewish enlightenment), when the ideal of human sovereignty over human faith became central. Jewish thinkers asked, ‘How does that ideal apply to the Jews?’ ‘How do we make Jews free without giving up their Jewish identity?’

The first answer was to separate Judaism from politics. As Judah Leib Gordon put it in his poem Wake up my People, ‘A Jew should be a Jew in his own home and a human being outside it.’ This is to say, Judaism should have nothing to do with political rights, because in all matters pertaining to political rights, you are just a human being. It is your humanity that means you deserve to be free, to live and to have property.

But that didn’t work.

Democracies depended on national identities, especially in Europe. The enlightenment thinkers worried about what would bind people together and make them vote according to reason as opposed to passion – they distrusted passion as egotistic. It turned out that they worried in vain; what holds democracy together is passion, not reason. People vote for what they think of as the common good.

The politicians understood what the philosophers did not. The moment democratic revolutions broke out, the rallying cry was ‘Patriot to the flag’. People like Thomas Jefferson, or the Jacobins in France, understood that. Defending the republic was a strong enough sentiment for people to risk their lives. This is what made democracy possible.

They failed for a very good reason. This is not just about antisemitism, which was only half of the story. The other half of the story is that emancipation also failed exactly where it supposedly succeeded. It put people in a dilemma. Ben-Gurion spoke of ‘a tragic choice where you have to choose between being a human being and being a Jew.’ This is what Zionism was created to remedy.

According to Shlomo Avineri, if you were a Jewish boy going to a German school, and you wanted to be a German Jew – Jewish privately, but German like everyone else – this was not possible. A German school forges identity through historical narrative. The child learns that his or her identity is based on the story of Germanic tribes who invaded the Roman Empire. But if you wanted to preserve your Jewish identity, that of the exodus from Egypt, you can’t also believe that your forefathers were tribes invading the Roman Empire. So you, and your classmates, would know that preserving your Jewish identity by historical narrative amounts to a separation from the German historical narrative.

Look, Zionism emerged in the best century for Jews in a long time, certainly better than what came after it; it cannot be just a reaction to antisemitism. The conclusion was that if liberty is anchored in democracy, which is anchored in national identity, then the way to make people free was a democratic nation state. Zionism was the application of this to the Jews. It’s that simple; it’s the application of the universal right to self-determination, even before the notion was popularised by Woodrow Wilson.

If you look back at the development of the Zionist idea, many people believed that the implementation need not be in Zion. There was a phase in Zionism called territorialism during which  people were looking for where to put the Jewish state. I once saw a book called Eretz Israel, Uganda and 34 other proposals; people suggested everywhere for the Jewish state (with the exception of Antarctica). My favourite is Montana: it is 27 times the size of Israel and there are fewer than one million people there; we could have had a Jewish state there and no-one would have noticed!

But none of those proposals worked, because the narrative of Jewish identity is tied to a place. Eretz Israel was the conclusion, not the presumption of the Zionist idea. It was the means, rather than the end for Zionists.

A considerable Arab minority does not share the national identity of the state; but this is the case in almost all democratic nation states. Zionism was one of the pioneers in trying to articulate the idea of the right of the majority to self-determination, without discriminating against minorities. Zionism’s answer became Europe’s answer in 1995. In Israel’s Declaration of Independence – a pioneering document – people were given both individual and collective rights, so they could be ‘Arabs in their own home’, but also Arabs or Palestinians outside it, not just human beings or abstract citizens. Israel’s Declaration of Independence guarantees rights to language, religion, freedom of conscience and freedom of education. When the Council of Europe debated the issue of minority rights, it did not go the way everyone suggests Israel should – to have a common identity to ‘include’ the Arabs.

If there is one thing which both Jews and Arabs agree on, it is that we are not the same people. Any attempt to create an inclusive identity, which sounds so good, means forced assimilation. In a democratic state the common identity will be that of the majority, the problem is not how to create an inclusive identity but how to preserve the minority’s identity without hurting its political rights.

What post-Zionists suggest is that Israel ‘follow France’; ‘In France there is only one identity’, they say, so ‘stop calling Israel a Jewish state, call it an Israeli state and this will encompass everyone.’ This is a nice sounding argument, but Arabs in Israel want to preserve a separate identity, not share the identity of the majority. If you look at the Council of Europe’s Framework Convention for the Protection of National Minorities, you will see that the legal structure of Israel abides by those rules to the dot and comma.

Israel did not invent the problem of the national minorities, and the problem is not how to create a common identity. The problem is how to let the minority preserve itself in the public sphere as well as its private sphere.

Let me end with an anecdote. It usually takes me half a semester to explain all this to students. A Holocaust survivor was able to explain it in three sentences. I was awestruck! In a conference entitled ‘Zionism and the Holocaust’ a series of testimonials were screened – Holocaust survivors answered the same question, ‘What was the happiest moment for you when the war ended?’ The majority said it was when the Red or American armies liberated their camp, or when they arrived in Israel. But one woman said, ‘When I arrived at the ship (of the illegal Aliyah) and I saw a sign saying Knisa (entrance in Hebrew).’ The interviewer was taken aback. ‘You were just liberated from Auschwitz and you were going to Israel, but that was the most exhilarating moment for you?’ She answered, ‘You misunderstand; I had never seen Hebrew letters that size before.’ My heart stopped. Most Israelis cannot understand this today: for her, Hebrew was something small, something you have to hide. To use the brilliant metaphor of the gay liberation movement, you can say that Jews had been ‘closeted’ for centuries, denying their own identity. For her, there was the possibility of a public sphere in her own language, based on her own identity; this made her happier than anything else. This is the crux of Zionism: that you don’t need to be a Jew in your own home and deny your Judaism outside it.

Therefore, if you are a true Zionist, you should support Palestinian self-determination; not just as a compromise or pragmatic consideration, but because at heart, this is your moral basis: the universality of self-determination. If you demand that people stop excluding Jews, you cannot exclude Palestinians.

By Simon Round
Amos Oz has lived through every one of Israel’s wars and fought in two of... Read more > Autumn 2014 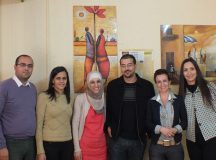