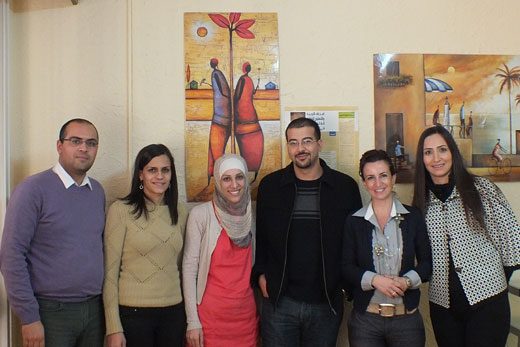 Ghaida Rinawie-Zoabi is the co-founder and general director of an Israeli NGO, Injaz Center for Professional Arab Local Governance, a post she has held since 2008. In 2011, she was the only Arab women to be selected as one of the 100 most influential persons in Israel, by the Hebrew economic magazine, The Marker. Previously, she directed the Development Unit at the National Committee for Arab Local Councils, where she coordinated the composition, writing and advocacy of the Future Vision of the Palestinian Arabs in Israel, coordinating this work with UNDP/UNOPS.  Ghaida has also co- directed the Peace Education Department of IPCRI (the Israeli/ Palestinian Center for Research and Information). She is currently a board member of Women against Violence and Dirasat, the Arab Center for Law and Policy, and is a member of the International Women’s Commission.

She spoke to Fathom Editor Alan Johnson about the work of Injaz.

1. What is Injaz and why was it established?

3. Is Injaz part of a new political approach among some Israeli Arabs?

4. What does this new approach mean for democratic participation in Israel?