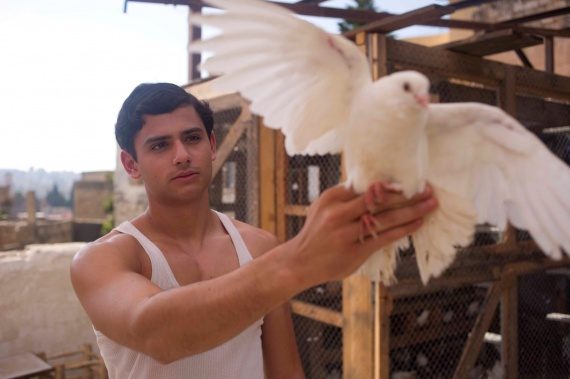 It is not only in politics and the street that Israel’s ethnic tensions surface. Our film reviewer Yair Raveh explores representations of Ashkanazi and Sephardic Jews in Israeli cinema, from the past of Sallah to the present of Orange People and The Dove Flyer.

To outside observers who learn about Israel by reading the international press, Israel’s society often seems to be torn apart by conflicts – political, national, financial and religious. Stories abound of the rifts between left and right, rich and poor, Jews and Arabs, Orthodox and secular. But, whisper it quietly, those who live in Israel or read the alternative press know of a larger chasm: Israel is ethnically torn between Ashkenazi and Sephardic Jews.

The Ashkenazim are the Jews who emigrated to Palestine from Europe, the Sephardim from Arab or North African countries. Although immigration from Arab countries was continuous from the late 19th century, the largest waves of immigration by far between 1881 and 1949 were from European countries. These Eastern-European Jews founded the state of Israel: indeed during the first 20 years of Israel’s existence, cabinet meetings were held mostly in Yiddish. Then, in the 1950s and 1960s, a huge wave of Jewish immigration from Iraq, Morocco and Yemen changed the face of Israeli society. Both were traumatised, each finding it near-impossible to build bridges to the other’s mentality.

Israeli film-makers have always dealt with this ethnic conflict. Ephraim Kishon, Israel’s greatest satirist, directed Sallah exactly 50 years ago, in 1964: a comedy that pits a Sephardic newcomer against the members of the Kibbutz, all of them European, who try to shake his ‘barbaric’ ways and turn him into a ‘modern Israeli’. This was Israel’s first Oscar nominee; it won the Golden Globe, it made Chaim Topol, who played the titular role of Sallah, into an international star, and it still holds the record for being the most successful Israeli film ever (with 1.3 million admissions at a time when the Israeli population was no more than 2 million). Audiences admired the film and returned to see it again and again, but the critics despised it, and called it vulgar and racist. Sallah cemented the way the East-West culture clash would be dealt with in Israeli cinema for several decades: popular comedies of manners, all admired by the crowds, all loathed by critics.

And so it continued: every time a film portrayed the hardships of the North African immigrants, the public wanted to see it, while the critics warned of stereotypical images. Slowly, though, it became clear that whenever a film critic (usually an elderly Ashkenazi male) screamed ‘racism!’ he was really hiding his own racism. From Sallah to Avi Nesher’s Turn Left at the End of the World 40 years later, the maladjustment of the Moroccan Jew drew huge crowds while the intellectual elite frowned.

Yes, those films were directed by European directors. So, now, 50 years afterSallah, as more and more stories about the hardships of immigration are being made by the sons and daughters of those immigrants, has the critical reception changed? No, they are still not embraced by the critics.

Today, thanks to the internet, the debate about Israel’s ethnic divide is louder than ever. On Israel’s version of Big Brother heated arguments are expressed about the inherent prejudices upon which the State of Israel was founded. The resentment has been leveraged into a political stance: that the State of Israel discriminates against anyone who is Arab, whether Jew or Muslim. The hit TV drama Empire Zaguri is also stirring things up: the mainstream critics frown on its use of ethnic stereotypes to represent a conservative Moroccan family; their accents and traditional rituals still seem out-of-place to critics searching for a modern and European society, while other commentators – younger, mostly Sephardic – applaud the courage of the series in presenting a traditional family in all its colours, from the elders who still cling to the language and rituals of yesteryear, to the youngsters who feel repulsed by the backwardness of their parents, but are simultaneously drawn to it. Though it is enhanced for comedic effect, Empire Zaguri is actually an authentic representation of the series creator’s own family and childhood.

And now, two new Israeli films portray the plight of Moroccan and Iraqi immigrants, as told by their offspring, moving the debate to the movies.

Orange People, written and directed by Hanna Azoulay-Hasfari, is one of the more exciting and mesmerising films produced in Israel this year, despite its minuscule budget. It begins in a Moroccan village in the 1950s and ends in the present-day outskirts of Tel Aviv, where one elderly woman tries to preserve the family’s ancient gift of telling the future, foreseeing it in a narcoleptic dream. Her daughters and granddaughter – who all have orange skin due to the secret ingredient the mother adds to her couscous – try to forge their independent ways as women in a male society and as Sephardim in a society where traditional rituals are regarded as backward. Astonishingly shot by Assaf Sudri (who was also the cinematographer on Fill the Void) this is a ravishing and sensual tale of ethnic and gender emancipation. Depressingly, upon its release, quite as though absolutely nothing had changed, Azoulay-Hasfari read the first reviews of her film in the mainstream media and discovered that she had made a ‘vulgar’ film and that her characters were ‘slutty’ because they embraced the traditions of their mothers.

The Dove Flyer (or Farewell Baghdad, as it will be called internationally) is an old fashioned movie directed with earnest and straightforward intention by veteran filmmaker Nissim Dayan, who returns to our screens after a 30-year hiatus. Proving once and for all that Israeli audiences thirst for stories about the nation’s past that were previously hushed up, The Dove Flyer is the first box office hit in Israel in 2014. Mr Dayan adapted Eli Amir’s bestselling novel about the conflict in Iraq in 1951 between the ‘modern’ Zionists who collaborated with the newly-founded State of Israel in the airlift of all 130,000 Iraqi Jews to Israel, and the traditional Jews who preferred to remain in their homeland, where a Jewish community had thrived in exile for 2000 years, where the Babylonian Talmud was composed, and where Babel, later Iraq, was the biggest centre of Jewish life.

It’s a handsome, though thin melodrama, but as a graduate of the Israeli education system, and as an Israeli born of Eastern-European roots, I can see its power: here is a history lesson no one had ever taught me. And for over 100,000 ticket buyers, The Dove Flyer isn’t just a history lesson; it’s an overdue declaration of independence.

By Yair Raveh
The media pitted one against the other. It was indeed a catchy story: two films... Read more > Spring 2014 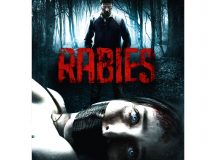 By Yair Raveh
This has got to be the most surprising, and thrilling, of all trends to have... Read more > Spring 2014

By Yair Raveh
2012 will be remembered as the year in which Israeli movies finally found God. It's... Read more > Spring 2014

By Dror Moreh
Dror Moreh is the director of the Academy Award nominated Israeli documentary The Gatekeepers, a... Read more > Spring 2014

By Yair Raveh
Israeli cinema has been more mainstream and gay than subversive and queer. But that may... Read more > Spring 2014