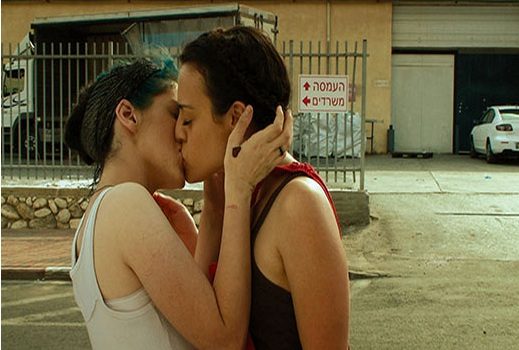 Israeli cinema has been more mainstream and gay than subversive and queer. But that may be about to change.

We begin this piece with some trivia. In the past nine years, five Israeli movies grossed more than two million dollars in the US. Now, two million dollars for a small foreign language art film is a lot of money. Rare are the foreign films that reach it, and before 2004 no Israeli film had ever passed that benchmark. The five successful filmmakers who did are: Joseph Cedar with Footnote, Ari Folman withWaltz With Bashir, Eran Kolirin with The Band’s Visit, Eytan Fox with Walk on Water and most recently, Dror Moreh with The Gatekeepers (crossing the two million dollar threshold is even harder for a documentary). Now, here is the crazy part: three of those five filmmakers – Folman, Moreh and Fox – are graduates of the same class from the Tel Aviv University Film school (my Alma Mater as well), where they started their studies together in 1986. That makes it, albeit somewhat belatedly, the most successful film class in Israeli cinema history.

We’ve discussed the work of Cedar in Fathom 1, Moreh in Fathom 2 and I hope to write about Folman for Fathom 4, (if my bet is correct, The Congress, Folman’s follow up to Waltz With Bashir, will have its world premiere at the Cannes Film Festival in May). But this time we’re talking about Eytan Fox.

With his keen eye for blending pop and politics, Fox has been one of the most successful Israeli directors with international audiences. After a six year hiatus, following the domestically ill-received The Bubble, Fox bounced back this year. His latest film, the upbeat and optimistic Cupcakes (‘Bananot’), is currently in Israeli theatres just 11 months after his previous film, the devastatingly sad Yossi(a follow-up to his 2000 film Yossi & Jagger), screened at last year’s Tribeca Film Festival. Two films in less than a year is a rare feat for an Israeli filmmaker, let alone two good films that are also so radically different in tone. This change in mood is not uncharacteristic for Fox, who oscillates wildly between happy and sad, heavy and light, sometimes within a single movie. The two best known films in his career – Walk On Water in 2004 and The Bubble in 2006 – were light entertainments with tragic undertones. Walk On Water dealt with the memory of the Holocaust in present day Israel, depicting youngsters who prefer to block out the memory and who consider Germany a safe haven for Israeli students and artists. The Bubble painted Tel Aviv as an eternal escapist party-town, until the bubble is shattered by a suicide bombing.

Fox is also one of the only mainstream directors that has dealt directly with gay subject matter. As an openly gay filmmaker, and a vocal spokesperson for gay rights in Israel, five of the six films Fox has directed have dealt directly with gay characters and issues. The only exception, his 1994 debut The Song of the Siren, featuring a young Yair Lapid in a supporting role, is something rare in Israel, a by-the-book romantic comedy with a gay undercurrent that wittily subverts the genre. Incidentally, Fox is credited with directing the first gay kiss on Israeli television, on his hit TV series Florentine in 1996.

But it seems that for all his gay-rights activism and gay-themed storylines, Fox has a cinematic agenda: he makes mainstream movies featuring both gay and straight characters, but he does not make Queer Cinema – the more radical sub-genre that tries to tell gay stories in a different, more subversive way. Rather, Fox clings to the mainstream, featuring the same characters and storylines you might find in any Israeli film – typically including the soldier or warrior – with the added trait that the character is either gay himself, or obliged (as in Walk on Water) to make an acquaintance with someone gay. Fox is saying through his movies that whether male or female, gay or straight, Arab or Jewish, we are all an equal part of the same narrative.

In a recent international poll, Tel Aviv was voted the third best gay-friendly city in the world, behind Paris and New York (both Walk on Water and The Bubbledepict this aspect of Tel Aviv life). Yet, for a city so famous for its gay night life, Israeli narrative films are quite conventionally straight. And that’s odd because Israeli movies are quite liberal when it comes to sex and nudity, and Israeli audiences are rather hard to shock. Indeed, a range of taboos that are common in Western movies, such as sex or drug use among teens, are disregarded here and gay characters are not that rare. But apart from Fox, Israeli cinema does not have any major gay filmmakers, or an alternative Queer new wave, to complement its gay-friendly status.

That said, Fox is not the first Israeli filmmaker to deal with homosexuality. In an interview with The New York Times before the American release of Yossi, he acknowledges his debt to Amos Gutman (a debt he pays by giving his character Yossi the surname Gutman). Between 1982 and 1992, Gutman, who passed away in 1993 at the age of 39, broke the mould of Israeli filmmaking by directing Queer Movies before they were known as such. His films were highly stylised; bold, brash, and sometimes flamboyant, while at other times almost timid, and always tremendously moving. Whether dealing with gay characters directly or metaphorically, Gutman’s films always dealt with the concept of the outcast. The gay community idolised Gutman; in the 1980s and early 1990s, when Tel Aviv was slowly coming out of the closet, his stories about outcasts were cult hits and hymns of liberation.

Although no new distinctively gay filmmaker has emerged in Israeli cinema for nearly two decades, that may be changing. One of the surprise hits of Israeli cinema in the past year was the independently financed Joe + Belle by twenty nine year old Veronica Kedar, one of the freshest voices in Israeli cinema. Though Kedar is reluctant to label herself, either personally or artistically, her debut film tells the violently anarchic, comic, and utterly romantic story of two girls in love and on the run. A micro-budget movie that no film fund agreed to finance, Joe + Belle won unexpected fans among members of the Israeli Motion Picture Academy, where it earned a best picture nomination at last year’s Ophir Awards. Kedar already has three new feature films lined up, in different phases of production, and different aesthetic styles, from the experimental to the more conventional. Twenty years after the death of Amos Gutman, Kedar could be the next big hero of the outcast, albeit this time with a dark and twisted sense of humour.

By Yair Raveh
2012 will be remembered as the year in which Israeli movies finally found God. It's... Read more > Summer 2013

By Yair Raveh
The media pitted one against the other. It was indeed a catchy story: two films... Read more > Summer 2013

By Yair Raveh
The Gatekeepers is a masterpiece in a landmark year for Israeli documentaries. The last fifteen... Read more > Summer 2013

By Dror Moreh
Dror Moreh is the director of the Academy Award nominated Israeli documentary The Gatekeepers, a... Read more > Summer 2013