Fathom > Autumn 2014 > After Gaza: the case for Israeli unilateralism

After Gaza: the case for Israeli unilateralism 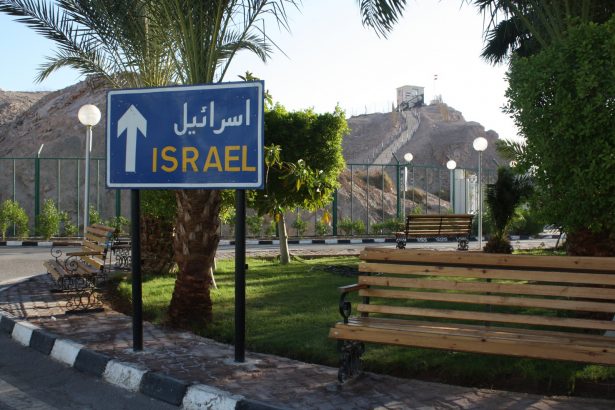 If the status quo is unsustainable and the grounds for a negotiated agreement are absent, at least for now, what should Israel do? Paul Gross suggests a unilateral evacuation of settlements to begin the process of separating from the Palestinians, while leaving an IDF presence in the West Bank to guarantee security.

From Amos Yadlin, the former head of Military Intelligence who now heads the prestigious Institute for National Security Studies in Tel Aviv, to journalist and writer Ari Shavit, to former Ambassador to Washington Michael Oren, thoughtful voices have been urging that Israel find a way to end its rule over the Palestinians, even if a negotiated peace agreement remains elusive.

The barrages of rockets fired at the densely populated center of the country over the summer has shaken even long-time two-state enthusiasts, in a way that the oft-reported bombardment of the southern periphery never could. Ordinary Israelis in Tel Aviv, Petach Tikva and Rehovot, accustomed to feeling themselves to be far from the conflict, were suddenly forced to confront their country’s geographic vulnerabilities. The warnings from the Right now seem all the more prescient: a withdrawal from the West Bank would leave that territory open to missile-wielding Jihadists who could reach every corner of little, pre-1967 Israel. Hamas can now do almost that from Gaza, including (albeit temporarily) prompting major airlines to determine that Ben-Gurion airport is part of the war zone.

Perhaps even more terrifying has been the discovery of the tunnels. It is now apparent that their destruction by Israeli forces prevented what could have been the most lethal single act of terrorism ever experienced in Israel. The West Bank is no further from Israel’s capital city of Jerusalem than Gaza is from those Kibbutzim which were shocked to discover Hamas-built tunnels directly under their communities.

The horror stories prophesied by those opposed to any more territorial withdrawals cannot be dismissed – even if at least some of the prophets, like Jewish Home leader Naftali Bennett, are more motivated by ideological attachment to the land than by security concerns.

And there’s something else. Whenever Israeli two-state enthusiasts are asked about the security risks of leaving the West Bank, their usual response is that, with the inevitable international goodwill resulting from such a move, Israel would enjoy the legitimacy it needs to respond to any attack from relinquished territory.

As we saw this Summer, it is not that simple. True – the leaders of Israel’s major allies supported its right to self-defence and joined together in condemnation of Hamas. However, the justice of Israel’s right to self-defence and the cynical evil of Hamas cannot compete with the ubiquitous pictures on television and social media of terrible civilian suffering and dead children. World public opinion creates pressure for a ceasefire – anything just to stop the death and destruction. As a human reaction it is understandable, even laudable, but it means that Israel will always be constrained in its fight against terrorists willing to contemplate the deaths of their own women and children in order to win the PR war.

So where does the Gaza experience leave the case for territorial withdrawal in Israel? Is the desire to free the Palestinians from occupation and give them independence in their own state, simply incompatible with Israeli security?

The answer, unfortunately, is yes. As a long-time advocate of ending the occupation in a way that does not imperil Israel’s population I have reluctantly concluded that, for now at least, the chances of a Palestinian-run West Bank turning into another Gaza are just too great for Israel to contemplate a full unilateral withdrawal. The dangers of doing so are heightened by the instability further afield in the Middle East which could yet force its way into the Israeli-Palestinian conflict. To sharpen that point: if Hamas don’t take over the West Bank following an Israeli withdrawal, ISIS could.

And yet, the arguments of the likes of Shavit and Yadlin against the status quo retain their force. The continued occupation of 2.5 million Palestinians is morally corrupting; it is a threat to Israel’s future as a state that is both majority Jewish and democratic; it does lead Israel down a path towards international isolation.

How then to square this circle? Do we have to accept that there is simply no alternative to the status quo which meets Israel’s security needs, or can the ‘Plan B’ unilateralist ideas still be contemplated?

I would argue that they can. Indeed, the more developed versions of Plan B already show the way through this dilemma and identify the least bad of many awful options for what Israel should do, proactively, to improve its – and the Palestinian’s – situation.

Any Israeli unilateral moves must meet the following imperatives:

What needs to happen is the following: Israel must draw up plans to unilaterally evacuate all the settlements outside of the main settlement blocs, which break up the contiguity of the major Palestinian population centres. These settlements add nothing to Israeli security. On the contrary, they place the lives of Israeli civilians at risk, as well as the soldiers sent to guard them.

This unilateral ‘disengagement’ would see Israeli civilians leave. However, unlike the 2005 Gaza withdrawal, an Israeli military presence would remain, as Yadlin and his INSS team have suggested. In other words – and there should be no obfuscation here – the occupation would continue.

What then, would this move achieve?

It would keep within the West Bank the only force willing and capable of preventing an Islamist takeover – the Israel Defense Forces. It would enable the vast majority of Palestinians to live free of the daily inconveniences and humiliations of checkpoints. The occupation would continue but would be, except in cases where a security threat emerged from Palestinian areas, ‘invisible’; Palestinians should not have to see Israeli soldiers in their day-to-day lives. Palestinian economic life could develop, assisted by both Israel and the international community. The Palestinian Authority could embark on a process of reform towards democracy and good governance, having received the most significant possible indication of Israeli goodwill in the removal of the most disruptive of the hated settlements and the promise of statehood further down the road.

Finally, while it would not appease the usual suspects in Israel-bashing international forums, it should answer the questions constantly asked, even by Israel’s friends, as to the nature of Israel’s intentions regarding the occupation of the West Bank. Although no Israeli prime minister has acceded to the Right’s demand to annex the territory, the continued building of settlements in areas that would inevitably be given over to the Palestinians in any two-state formulation, gives credence to those who allege ‘creeping annexation.’ As do the constant comments opposing any territorial withdrawal by prominent figures in Netanyahu’s coalition, and in his own Likud Party. By contrast, what would emerge from this new plan would be a clear ‘occupation of necessity’; temporary, and with the conditions for its termination unambiguously on the table.

The issues involved in resolving the conflict would then be greatly clarified. Most Israelis now accept – however grudgingly – that the Palestinians have a right to national self-determination. The Palestinians have shown in recent negotiations that are simply not yet ready to make the parallel concessions necessary for a deal. Even the ostensibly moderate Mahmoud Abbas has said he will not sign a deal which recognizes the right of the Jewish people to sovereignty in their historical homeland, neither will he renounce a ‘Right of Return,’ or accept Israel’s demand for a security presence on the Eastern border. With little hope of closing these gaps, and with the terrifying prospect of an Islamist overthrow of the Abbas regime, this may be the only realistic way forward.

For the successful implementation of an Israeli unilateral plan, Israel will need the buy-in and support of Washington and Brussels. They will have to use their status as the bankrollers of the Palestinian Authority to pressure the leadership in Ramallah to agree to these efforts, simultaneously offering generous economic and infrastructure support to the contiguous Palestinian ‘less-than-a-state’ that would emerge. International support will also be needed to help overcome the determined domestic opposition this approach will face from parts of the Israeli public.

Inherent in this proposal is the likelihood that both sides of the Israeli political map will oppose it. But the Left’s dream of ‘peace now’ and the Right’s devotion to ‘all of the Land’ are self-destructive fantasies. It is time for the vital centre of Israeli politics to lead. 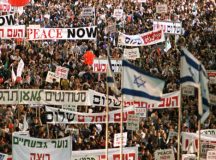 Needed: a paradigm shift in the ‘Middle East...

By Shlomo Avineri
Almost twenty years after the signing of the Oslo Agreements between Israel and the Palestine... Read more > Autumn 2014

By David Landau
Few individuals have had more impact on the history of the state of Israel than... Read more > Autumn 2014

By Hussein Ibish
Salam Fayyad’s institution-building program remains the only policy available to lay the groundwork for a... Read more > Autumn 2014 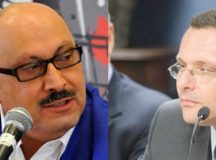 By Manuel Hassassian and Raphael Cohen-Almagor
When we launched Fathom the editors declared that the journal would be ‘a partisan and... Read more > Autumn 2014