Obama’s second term: empower the nation-builders not the extremists

by Hussein Ibish
BACK 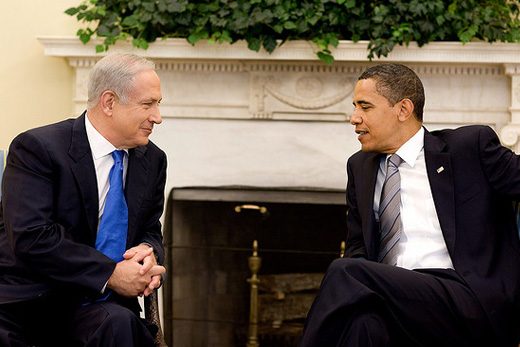 Salam Fayyad’s institution-building program remains the only policy available to lay the groundwork for a successful two-state outcome.

As the Obama administration gears up for its second term, it faces an exceptionally difficult impasse in the Israeli-Palestinian peace process. Indeed, many who once had hopes for a two-state solution are now throwing up their hands in despair. But this is a luxury the United States cannot afford.

For almost a decade there has been a Washington consensus that Israeli-Palestinian peace is a vital American national interest. This was not a capricious or simplistic evaluation. And it did not come easily to the American political scene. It evolved slowly and painfully over several decades and is an accurate evaluation of the significance of ending the Israeli-Palestinian conflict to most, if not all, other American policy goals in the region.

The unfortunate reality is that any short or even medium-term breakthrough on final status issues between the parties is unlikely. The positions of the two leaderships on many of the key issues appear, at present, unbridgeable. And there are presently no mechanisms for dialogue or working terms of reference. Therefore negotiations on final status issues are unlikely to resume in the near future, and if they did, they are unlikely to provide any major breakthroughs.

This dangerous situation is being exacerbated by numerous worrying factors. Believing negotiations to be frozen for the time, the Palestine Liberation Organisation launched a series of symbolic but very costly diplomatic initiatives at the United Nations. In response, Israel has greatly intensified an aggressive program of settlement expansions, particularly planned building projects in strategic locations in and around East Jerusalem, for example in the so-called ‘E1’ corridor.

Also in response, the United States and Europe significantly cut their aid to the Palestinian Authority, heavily intensifying the Palestinian fiscal crisis. Many Arab states have pledged donations to offset the PA’s financial woes but these donations often go unfulfilled. Worst of all, from a fiscal standpoint, Israel has been withholding Palestinian tax revenues, which constitute more than 50 per cent of the PA budget.

The PA fiscal crisis provides the greatest opportunity for American, international and Arab intervention to help stabilise the situation and reverse profoundly negative recent trends. In the absence of a workable political and diplomatic process at the moment, the best hope for practical progress on the ground, laying the groundwork for the realisation of a negotiated end-of-conflict agreement based on two states, is the PA institution-building program led by Prime Minister Salam Fayyad. But the PA fiscal crisis has brought that program to a screeching halt by depriving it of necessary funds.

The institutional-building program was inaugurated by Fayyad’s government in August 2009. In its first two years, it made dramatic progress in creating the institutional framework for a successful Palestinian state. By early 2011, the program established over 1,700 community development programs, 120 new schools, three new hospitals and 50 new health clinics across the West Bank. Seventeen hundred kilometers of were roads were paved and fourteen hundred kilometers of water pipes installed. Fayyad created what is still probably the most transparent public finance system in the Arab world.

While everyone agreed much work remained to be done, by the middle of 2011, the World Bank, the IMF and the UN all issued reports certifying that the program had advanced to the point where the PA met the criteria for independent statehood. The World Bank declared that the PA ‘is well positioned for the establishment of a state at any point in the near future.’ In April, 2011, the Ad Hoc Liaison Committee of international donors concluded, ‘Palestinian institutions compare favorably with those in established states,’ an evaluation reiterated by the EU and other multilateral institutions. The bedrock of the institution-building program was the professional, streamlined Palestinian security services enforcing law and order in the West Bank with success attested to by all parties, including Israel.

With the ongoing fiscal crisis, however, all of these gains are either frozen or being eroded. The PA has been unable to meet its salary commitments for public sector employees, in both the West Bank and Gaza, and faces a crisis that threatens to plunge 1 million Palestinians below the poverty line. The past several months have seen recurring protests based on economic grievances throughout the West Bank, and Hamas, and even some Fatah factions, have been attempting to use the crisis to undermine Fayyad’s policies.

By contrast, Hamas is now able to argue that its approach of confrontation and armed conflict produces gains and political dividends. By capturing an Israeli soldier, they were able to secure the release of 1,000 Palestinian prisoners. By resuming armed conflict with Israel, they were able to secure diplomatic and financial benefits from some Arab states, most notably Qatar and Egypt, and score important political dividends in Palestinian politics.

The implicit message being communicated to the Palestinians over the past six months, at least, is disastrous: that confrontation and conflict can produce more results than instructive efforts or nonviolent diplomacy. If the current trends continue, the United States, the international community and Israel may find that, as a consequence of these developments, Hamas has become a defining power in the Palestinian national movement. This would be a disaster for all parties, not least the Palestinians, but also, of course, for Israel.

The outcome, however, has by no means been determined. Hamas’ recent gains are all reversible, and it is still possible to restore vitality to the institution-building program by securing for it the requisite funding. It makes no sense for the United States or Israel to express annoyance with PLO diplomatic initiatives at the UN by withholding funding from Fayyad’s PA government. This only plays into the hands of Hamas and other extremists. The Arab world, too, will have to play its part. Those states that encouraged the Palestinian UN initiatives and pledged funding to offset some of the anticipated shortfall have a special responsibility to live up to their promises.

For the Obama administration and its allies, including Israel, the choices becoming clear. Hamas, as things stand, can claim some vindication of its policies of armed struggle and confrontation, and can point to reliable patrons, diplomatic gains and claimed to be the Palestinian branch of an ‘Islamic Awakening’ in the wake of the ‘Arab Spring.’ All of these claims are exceptionally vulnerable among a skeptical Palestinian public, but as long as the PA remains unable to meet its basic obligations, especially payroll, it will be associated in the public consciousness with failure rather than success. It is by no means too late to reverse this process, but the steps necessary to do so must be taken urgently.

No one doubts that, ultimately, the only workable solution must come through a negotiated, end-of-conflict agreement, based on the creation of a Palestinian state to live alongside Israel in peace, security and dignity. However, for the Palestinian state to be successful, Palestinians have to work to create its framework and the international community, and Israel, has to support that project. And, at present, the institution-building program is the only policy available to the parties to effectively work towards laying the practical and political groundwork for a successful two-state outcome.

The first order of business, therefore, is to restore the viability and credibility of the program and its leadership. It is, simply, the only extant or viable program on the Palestinian side of the equation that promises to make anything better for anyone. It must be rescued from its potential collapse forthwith, as an indispensible precursor to, and parallel track with, diplomatic and political progress in the future.

By Joshua Muravchik
There is no alternative to the two-state solution, but neither party is yet in a... Read more > Spring 2013

By Toby Greene
Was Israel’s attempt to resolve its dispute with the Palestinians through bilateral negotiations with the... Read more > Spring 2013

By Hitham Kayali
The one-state solution is a mirage. Only the two state solution can meet the national... Read more > Spring 2013