by Tali Nir and Marc Grey
BACK 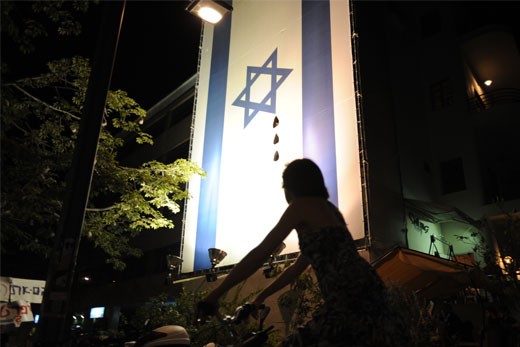 How much social justice can we really expect from the Nineteenth Knesset? The Association for Civil Rights in Israel makes the case for enshrining social and economic rights in a new Basic Law.

The case for the ‘Basic Law: Social Rights’

During Israel’s 2013 election campaign, both Yair Lapid’s Yesh Atid party and Shelly Yachimovich’s Labour party hitched their wagons to the values of the social protest movement born in 2011. When Yesh Atid parlayed its election gains to join the governing coalition and take over some of the most important portfolios, including finance, education, social services, and health, many wondered whether the new government would initiate social policies that reflect the values on which the party campaigned. But an immediate deficit forced the government to focus its attention on a new budget and make painful cuts that further weakened Israeli social programs.

Now that the budget has been passed, perhaps the government can turn its attention to correcting some of the fundamental problems that brought millions out to the streets in 2011 and gave rise to a rejuvenated social justice movement in Israel. The Association for Civil Rights in Israel (ACRI) believes that if the public’s yearning for change is to be met then Israel needs a new ‘Basic Law: Social Rights’ codifying the state’s commitment to social rights by affording them constitutional protection. We set out here what this proposed law will contain and why it is necessary.

The assault on welfare rights

The modern State of Israel began its history as a social democracy with a strong commitment to social welfare. As late as the 1980s, income gaps in Israel were among the lowest in the developed world. But beginning around that time, the worldwide economic trend of neo-liberal capitalism got a foothold in Israel. What began as well-intentioned steps to decrease inflation and free the economy of burdensome regulation became a catastrophic cocktail of budget cuts and privatisations that has left education, welfare, healthcare and housing in a shambles and income gaps among the highest in the OECD (The Organisation for Economic Co-operation and Development).

Over the past thirty years, successive governments have eroded the country’s social welfare system. In order to balance a shrinking budget, funds for crucial government services – from education to financial assistance for single mothers – have been slashed. Simultaneously, many social services and government functions have been privatised, further weakening the ability of government to strengthen them in subsequent budgetary negotiations. Meanwhile, the newly privatised services are insufficiently regulated and supervised; motivated mainly by profit, they often short change those they are meant to serve.

Income taxes from the highest tax brackets, corporate income tax and capital gains tax rates have all been decreased to record lows. Today most of Israel’s tax revenue comes from regressive indirect taxes such as value added taxes. While Israel used to be a country in which tax policy was designed to redistribute resources and narrow income gaps, in recent times the country’s tax burden has been shifted from the more affluent to the less affluent.

What is the role of government and what are the services it should provide to its population? In many countries, the answer to this question can be found in a written constitution, something Israel lacks. Instead the state has a number of ‘Basic Laws’ that can be viewed as chapters in the country’s future constitution, as well as some constitutional principles established by the High Court of Justice.

In March 1992, the Knesset passed two Basic Laws relating to human rights – the ‘Basic Law: Human Dignity and Liberty’ and the ‘Basic Law: Freedom of Occupation’. These two Basic Laws have become cornerstones in the constitutional law of the State of Israel and have made unwritten rights into codified and legislated rights that enjoy a supra-legal status. The existing Basic Laws give decisive weight to economic, property, and quasi-property interests and to the right of property owners to be protected from intervention by the authorities. They do not, however, recognise the basic rights of those who do not have property to exist in human dignity, or social rights in the fields of employment, education, health, housing, and social welfare. These were the central concerns of hundreds of thousands of Israelis who took to the streets to demand social justice in 2011. The new draft of the ‘Basic Law: Social Law’ aspires to give voice to the demand that the state will protect their rights in these areas.

The international community already recognises that human beings’ social rights are just as sacred as their civil and political rights. All human rights exist in the context of society, and all rights require the state to act to prevent injury to the right and to secure equal access. The principle of human dignity demands not only that the state refrain from intervening in a person’s life in a manner that injures his dignity, but also that the state create conditions that enable a person to live in dignity.

Every successive Knesset since the Thirteenth Knesset in 1992 has tabled a draft of a proposed ‘Basic Law: Social Rights’. The current version was drafted in the wake of the summer of 2011 tent protests in consultation with ACRI, legislative experts, and Knesset members from across the political spectrum. Each social right was given a concrete, specific operational context (prior drafts had included only a vague statement that all persons are entitled to all social and economic rights). Each right is now formulated in a manner broad enough to give it substantive protection, without creating an overwhelming obligation on the government that would make the bill impossible to enact or fulfil. The state will be obliged to facilitate the realisation of the rights only subject to its economic capability, as determined by the government.

The structure of the proposed Basic Law is similar to the structure of existing Basic Laws that protect certain civil and political rights: constitutional protection is afforded by establishing the right, alongside which a restriction clause sets conditions for the infringement of that right. The bill begins with a preamble that sets forth its fundamental principles – respect for the value and sanctity of human life as underlined by Israel’s Declaration of Independence. It then sets out its purpose: to protect the human needs of all people in a manner that affords every person human dignity. The subsequent clause codifies the state’s responsibility to facilitate conditions that promote the attainment of these rights in accordance with the state’s economic capability. ‘Living in dignity’ is then further defined as a decent standard of living that includes ‘the assistance and social services required in the event of unemployment, sickness, incapacity for work, becoming widowed, old age, or other want’.

The bill enumerates the social rights that all people in Israel are entitled to: nutritional security (including clean water and safe foods), housing, health, education and social security. The right to employment, including the right to organise and strike, are afforded additional attention, in part because the existing legislative fabric in Israel which includes the ‘Basic Law: Freedom of Occupation’ – has led to interpretations under which employers’ rights have enjoyed constitutional protection while workers’ rights have not.

Finally, the bill includes clauses drafted to ensure equality by outlawing discrimination on the basis of race, gender, religion, etc (other than corrective discrimination like affirmative action) and to create a cause of action to allow people whose rights are violated to seek redress in the courts.

The ‘Basic Law: Social Rights’ was among the very first bills tabled in the new Knesset. Realistically, the bill’s chances of passing are low. The coalition agreements did not include a pledge to grant social rights a firmer legal basis, while in the budget discussions, coalition members, including new Finance Minister Yair Lapid, were focused on cuts and decided not to change tax policy to shift the burden to those most able to shoulder it and so guarantee more resources for social services.

In Israel, the rights to education, health, housing, employment and social welfare have been downgraded to the status of consumer goods subject to market forces. As a result, income inequality is at a record high, and the social infrastructure of the state is crumbling. To repair the frayed social fabric of Israeli society we need the proposed Basic Law: Social Rights. Members of Knesset must understand that when the bill is discussed this time the Israeli public will be watching closely. 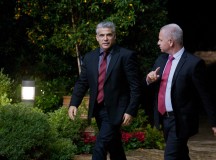 By Tal Harris
The chances of the new Knesset fulfilling its promise of ‘new politics’ will depend upon... Read more > Autumn 2013 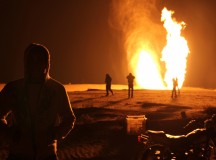 By Asher Susser
Israel used to fear the potential of Arab power. Now it must be wary of... Read more > Autumn 2013 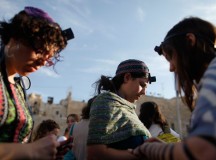 By Noa Sattath
Women of the Wall has been challenging Orthodox religious authorities for over 25 years by... Read more > Autumn 2013 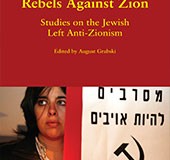 By David Hirsh
In the first half of the 20th century, most Jews failed to find their way... Read more > Autumn 2013