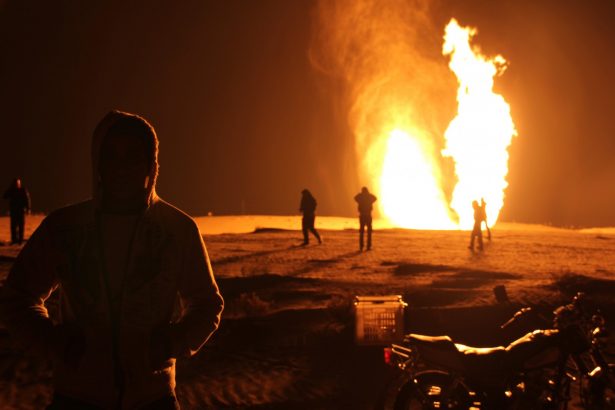 Israel used to fear the potential of Arab power. Now it must be wary of the fallout from weak Arab states facing a protracted period of chronic instability.

If in Israel’s earlier years it feared the great potential of Arab power, today Israel’s concerns are related to the regional fall-out of Arab weakness. In Israel’s first 25 years or so, from the early 1950s to the early 1970s, its great fear was of a frontal attack by a coalition of conventional Arab armies, armed to the teeth with the best of Soviet weaponry. That such an assault might culminate in the occupation of its miniscule territory and the physical destruction of the Jewish state was the ultimate Israeli nightmare.

This, however, is no longer true. The so-called ‘Arab Spring’ of the present is a consequence of the profound socio-economic malaise that plagues virtually all the non-oil producing Arab states. For the most part these are failing states of various degrees that are beset by the presently insoluble imbalance between population and resources, facing the rebelliousness of their disaffected peoples for whom there are no solutions in sight. Exacting revenge from the Mubaraks, the Bin Alis and the Qadhafis (and perhaps, not long from now, from the Assads too) will change very little. Israel is surrounded by weak Arab states, possibly facing protracted periods of chronic instability.

It is impossible in these uncertain circumstances to know what to expect. Egypt, once the epitome of stability and powerful central government, does not effectively control all of its territory. This is especially true in reference to the Sinai Peninsula, which is rapidly turning into a no-man’s-land with ever-increasing latitude for a plethora of non-state actors and terrorist organisations. An uncontrolled Sinai also provides Hamas in Gaza with a safe hinterland for operations against Israel, a secure weapons smuggling route, and a zone for other activities, which Israel would be most hesitant to attack, to avoid undermining the already fragile relationship with post-Mubarak Egypt.

The Syrian Ba’athi regime is falling apart at the seams. Who will replace the Assads is far from clear, and what kind of Syria will emerge from the rubble of civil war is anyone’s guess. For all their vices, for Israel at least, the Assads had one virtue; they kept the peace on the Golan for what is now nearly 40 years. The fall of the Syrian regime, if and when it comes, will be a serious setback for Iran and Hezbollah. That is a net gain for Israel in the zero-sum game of regional politics, but what Iran and Hezbollah might do to compensate for their loss is yet another of the long list of imponderables.

Israel’s longest border is with Jordan which has actually weathered the tumultuous events in the Middle East fairly well. But Jordan has its domestic political and economic problems too. Things in Jordan are somewhat less certain than they were a few years ago.

With so much uncertainty in the neighbourhood, and with Iraq under increasing Iranian influence, sitting right next door, the last thing Israel needs is a destabilisation of the Hashemite Kingdom.

The void of Arab weakness is being filled by the great non-Arab regional powers, Turkey and Iran. Iran’s nuclear potential, and not the Arabs, presently poses the most severe threat to Israel. For a while, Israel’s excellent ties with Turkey were an advantageous counterweight to the Iranian threat. The rapid deterioration of Israel’s relationship with Turkey is, therefore, a most unfortunate turn of events. Having both of these non-Arab regional powers at loggerheads with, or decidedly hostile to Israel is disconcerting to say the least. Reconciliation with Turkey would be of great strategic importance to Israel. Whether that is politically realistic is another question. Erdogan seems to be determined to take Turkey on a very different course. Whenever a ray of optimism appears on the horizon, Erdogan invariably resorts to some new provocation towards Israel just to make sure that any chances of improvement are scuttled forthwith.

Paradoxically, contending with the fall-out of Arab weakness, albeit less immediately life-threatening for Israel, is no less challenging than the former spectre of Arab power. In some ways it is even more so.

By Shashank Joshi
Ties between the two countries will be repaired, but not restored anytime soon. Turkish Prime... Read more > Winter 2013

By Alex Brummer
From reforming the banks to the crisis in the Eurozone, from increasing Haredi employment to... Read more > Winter 2013

By Benedetta Berti
Relations between Egypt and Hamas have improved under Morsi. But he has issued no blank... Read more > Winter 2013

By Matthew Levitt
The radical Shiite Lebanese organisation Hezbollah may be best known for its armed activities, but... Read more > Winter 2013