Fathom > Summer 2013 > Turkey and Israel: the limits to rapprochement

by Shashank Joshi
BACK 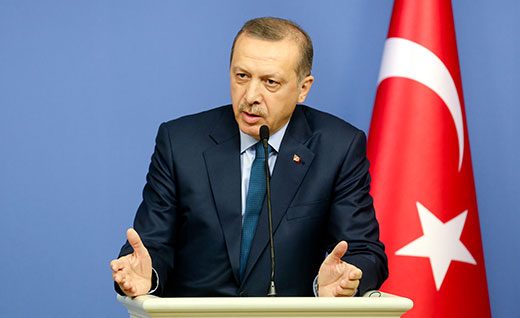 Ties between the two countries will be repaired, but not restored anytime soon.

Turkish Prime Minister Recep Tayyip Erdoğan is not known for his sense of irony, but he might reflect on the curiosity that, just as his country’s diplomatic ascent seemed to have stalled, he has secured two of the greatest political prizes within weeks of one another.

The first was a ceasefire agreement with the Kurdish insurgents of the PKK, on terms that were drastically slanted in Ankara’s favour. That deal could underpin a grand bargain, as part of which Erdoğan hopes to amend the Turkish constitution and run for a newly empowered presidency next year.

The second victory was to extract from Israeli Prime Minister Benjamin Netanyahu – ‘a man who does not spend his days looking for people to apologise to,’ as Jeffrey Goldberg memorably put it – an apology, for Israel’s raid on the Mavi Marmara in 2010, breaking a three-year impasse over the issue.

The rapprochement, though it may be too soon to call it that, was enabled by three things: Foreign Minister Avigdor Lieberman’s departure from the cabinet, the presence of President Barack Obama (who placed the call to Erdoğan from the tarmac at Ben Gurion Airport), and, above all, the escalating tumult in Syria.

Turkey is hungry for intelligence on Syria – on its Kurds, its chemical weapons, and its jihadists. Israel is eager for allies, at a time when bullets are flying across the Golan and Hezbollah has its eye on Assad’s high-end Russian hardware.

Israel was especially concerned that any major NATO operation in Syria – securing chemical weapon stockpiles, for instance – might be jeopardised or hindered if Turkey were to object to Israeli involvement. For the past three years Ankara has thrown a fit anytime the Alliance tried to include Israel in exercises or even seminars.

But we should remember that the downturn in Turkey-Israel ties preceded the Mavi Marmara raid. Turkey’s reaction to Operation Cast Lead in 2008-9, and Erdoğan’s famous public clash with Shimon Peres on a panel at Davos shortly after the conflict, were symptoms of a deeper condition, interwoven with a broader pivot by Erdoğan away from Europe and towards the Middle East.

The breakdown in relations between Turkey and Israel flew in the face of decades of collaboration rooted in overlapping strategic interests. It was David Ben-Gurion’s ‘periphery doctrine’ that saw Israel establish close ties with the Middle East’s non-Arab rimland – countries like Ethiopia, Iran, and Turkey – as a counterweight to Soviet-backed pan-Arabism. In 1958, Iran, Turkey, and Israel even formed an intelligence-sharing group, the ‘Trident’, that was unprecedented between such disparate countries.

These ties survived Turkey’s transition from secular-nationalist Kemalism, to compulsive Praetorianism – an addiction to coups – from the 1960s to the 1980s, and finally to Islamism in its fits and starts from the 1990s onwards.

In fact, cooperation deepened under Turkey’s first Islamist prime minister, Necmettin Erbakan who, in 1996, signed a landmark military cooperation agreement with Israel, one that went as far as to allow either country to deploy its forces on the other’s territory. (Erbakan has been less than friendly to Israel since: in 2010, he railed at the ruling AKP and its co-option by an ‘international Jewish conspiracy’.)

In the 1990s, particularly after the peace process got back on track in Madrid in 1991, the relationship was driven by Turkish hunger for Israeli military technology, Ankara’s growing angst about NATO’s reliability in the post-Soviet world, and Israeli assistance to Turkey in countering Greek, Armenian and Kurdish lobbying in Washington.

But the Turkish state itself has changed fundamentally. The biggest constitutional shift over the past decade has been the way in which Erdoğan has brought the military to its knees. Over half of Turkey’s admirals and many of its generals are in jail. Erdoğan himself has admitted that, ‘at this rate, we will have no officers left to appoint to command positions.’

A quarter-century ago, the Turkish armed forces vetoed their president’s desire for direct Turkish participation in the First Gulf War. It is impossible to imagine such a dynamic today. If Erdoğan ordered his (pruned) army into northern Syria, it would go. And that political latitude has changed, though not yet destroyed, the terms of Turkey’s relationship with Israel.

Their ties will be repaired, but can they be restored? This seems unlikely. It is now a cliché to observe that Turkey’s famous foreign policy doctrine of ‘zero problems’ has, in fact, given way to problems in nearly every diplomatic arena: with Iran, Gaza, Syria, and Iraq.

Yet Erdoğan remains, thanks in no small part to his confrontational attitude towards Israel, in many ways amongst the most popular regional leaders since Egypt’s Colonel Nasser, and he is untethering himself from domestic ballast with every passing year. Twenty years ago, insecurity pushed Turkey closer to Israel. The challenge for Israel today, gripped by its own growing sense of vulnerability, is to limit Turkey’s drift away. Netanyahu has taken the first, crucial steps in that direction.

By Toby Greene
Was Israel’s attempt to resolve its dispute with the Palestinians through bilateral negotiations with the... Read more > Summer 2013

By Gerald M. Steinberg
Will the new partnership between the Board of Deputies of British Jews and Oxfam challenge... Read more > Summer 2013

By Liam Byrne
We are entering a new urban age, so let’s build world class partnerships between the... Read more > Summer 2013