by Tirza Kelman
BACK 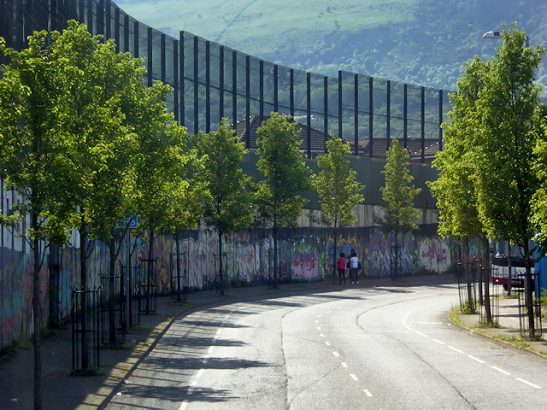 Two dozen religious Israelis met with an Irish priest. It sounds like the beginning of a joke, but in October 2017 Tirza Kelman found herself on a plane to Belfast together with a group of Israeli religious men and women, all public figures. She sets out her initial impressions of what the Northern Ireland peace process has to teach Israelis and Palestinians.

From Israel to Northern Ireland

The trip was part of a wider project in which the organisation Search for Common Ground arranged intermittent meetings within Israel over the course of a year for public figures within religious society. Before this project, many of us – myself included – did not think of the Israeli-Palestinian conflict as connected with our public role.

Taking part in a project focusing on the Israeli-Palestinian conflict was new to us. As Israeli citizens we had of course been influenced by the conflict – and we all had opinions about it – but it was not central to our public activity. This was not only because we were too busy doing other important things. In addition, for decades the peace process discourse positioned the religious population as an obstacle to reaching an Israeli-Palestinian peace. The Oslo Accords was put together by secular left-wing men with a particular worldview, and they didn’t take religious sensibilities into account. Moreover, for the women among us, there were even greater barriers to overcome. There was the well-known gender barrier, which has made it harder for women to take part in the diplomatic sphere. And as Orthodox women in the National-Religious camp in Israel, each of us had made a long journey to being considered a ‘religious leader’ in a community that is still carefully defining the legitimacy of such religious leadership.

Before our trip to Belfast we had each come a long way. We had spent time evaluating our own opinions, sharing them with one another in order to try to understand the differences between our points of view. We dedicated time and effort to learning about the Israeli-Palestinian conflict. Subsequently hearing about the Northern Ireland conflict and peace process was a tool for us to understand our own conflict in new ways.

For five intense days in Belfast we met with a series of politicians, teachers, former convicted terrorists, priests, policemen, social activists, youngsters, and victims of terror attacks. Even now, several months later, I have not finished processing all the information and experiences. But I have some preliminary thoughts.

Even before our trip, I was struck by the gap between the very different concepts of peace in Israel and Northern Ireland. Israeli discussions about peace traditionally use utopian terms, and expect a type of eschatological outcome, a final destiny reached. In the 1990s people would wax lyrical about ‘a new Middle East’ and ‘eating humus in Damascus’. The peace process was supposed to achieve nothing less than an ‘end of conflict’ situation, which obviously made ‘peace’ harder to achieve. The rhetoric and reality in Belfast is very different. While touring the city on a Sunday, we learned that even 20 years after what is considered to be a successful peace agreement, some gates within the so-called ‘peace lines’ (which are physical barriers) are locked on Sundays, to prevent drunken citizens potentially threatening the delicate structure of peace. When we questioned our hosts about the need for large walls in the middle of neighbourhoods, they explained that barriers make people feel safer, and that people throwing stones (from both sides) can happen as often as once a week. It initially seemed ridiculous to me that, in their eyes, none of this contradicted peace. But I subsequently found it inspiring. What if rather than thinking of war and peace as a dichotomy, we thought of it as a long spectrum on whose edges were total war and utopian peace?

In our Israeli-Palestinian context, such a thought experiment would mean that rather than giving up on an agreement (because a utopian solution cannot currently be achieved) we could try achieving some point on the scale closer towards peace than we currently are. Focusing on smaller goals would also prevent frustration and might enable us to create a positive experiences among Israelis and Palestinians who lack confidence that change is possible. This isn’t to suggest that creating such a process is simple. It isn’t. But perhaps one lesson from the Northern Ireland case is that our parties might be looking for the wrong kind of solutions.

The importance of a future vision

Working out what kinds of solutions might work better than others brings me to another insight I gained from the trip. Many people we met spoke very sincerely about the challenges society faces. Now that they have enjoyed two decades of relative quiet, and the people feel safe, questions regarding divisions within society are coming up more than they did before. Some of the speakers expressed regret that their society did not utilise the quiet years well enough to figure out what their hopes for their shared homeland were. This made me reflect back to our situation in Israel. Imagine we had peace. What would be our goals, hopes, plans, and strategies?

This question is more fundamental than it might initially seem. The dreams that the 1990s Israeli-Palestinian peace negotiations were based on were primarily secular Western dreams, in which Jews and Arabs would blend into a modern post-national society. Yet large parts of the population on both sides of the conflict felt uncomfortable with this imagined future. What might other imagined peaceful futures look like?

The conflict has for too long been primarily focused on political negotiations and achieving security. Yet while personal and public security are an essential platform for any society, what would the next floor built on that platform look like? The conflict has become a screen making it hard to consider what our hopes for the future actually are. The type of peace we want is intimately connected with the type of societies each side wants to create. But that is a conversation we haven’t yet had.

Peace and the question of identity

Despite the quiet in Northern Ireland, the bad news is that different identities of the population remain a threat to the future of the country, although not in a violent way at this point. However, the good news (for them) is that the next generation seems to have lost most of their sectarian heritage, which has eroded in the framework of an intense process of secularisation. The youth we met, mostly living in the underdeveloped neighbourhoods of Belfast, did not feel that the history of their community was an integral part of their identity. The wars of previous generations seemed absurd to them, not only because they felt violence was the wrong way to resolve gaps between identities, but because those identities were no longer significantly meaningful.

Yet while for some this may seem like a great success, to me – and I believe also too many Jews and Arabs in the Middle East – this is a warning sign.

The type of peace we should strive for should not erase our unique identities, but rather make it possible for our communities to flourish and to peacefully develop our identity as a source of positive power. Instead of worrying that the parties of the conflict possess different national and religious identities, we should be looking for non-conflictual ways for these different identities to sit beside one another rather than disappear. This is of course easier said than done. But so far, we were not trying to solve this puzzle at all, so even raising the question can be a worthy start.

Thinking outside the box

What made the Good Friday Agreement possible were some very intelligent and creative ‘out of the box’ ideas that sought to deal with sensitive dilemmas. One example was the deep reform of the police services – that had previously been perceived as being affiliated with the Protestants – as part of the agreement. The reform, which included a civil board in which men and women from different groups took part together, coupled with a massive recruitment of Catholics, dramatically changed the image of the police, and made it possible for the state to effectively use the police to create public order. I found this impressive procedure not only a good example for how technical and practical decisions can snowball to create deep change, but also to how significant clever and unexpected ideas can be in a complex process.

Our dilemmas are different. But the need to think outside of the box in order to solve deep problems seems to be common.

Meeting with many different kinds of figures in Northern Ireland made it clear that at the end of the day change was possible due to the efforts of many individuals, in many positions, in many ways. Their goals were not identical and they were not necessarily cooperating. Yet their combined efforts made it possible to reach an agreement that has succeeded in stopping the bloodshed. Listening to them tell their story, one after the other, was inspiring and gave me a new perspective on how significant small actions of individuals may be.

The complexity of explaining narratives

Coming from another country for only a few days, we only saw certain perspectives regarding the complicated situation in Northern Ireland. Yet this too was a big lesson: many of the things that locals raised in a very emotional way were alien to us. No doubt we also sound bizarre to strangers that listen to our narratives. This does not mean that they – or we – are absurd; rather that a limit exists regarding the extent to which one can effectively explain a particular identity to outsiders.

It should teach us to carefully relate to the identities of others on the one hand, and also to be aware of the limits to effectively explain our own point of view. Having many foreign parties involved in the Israeli-Palestinian conflict has always been part of the process, which has often been both helpful and frustrating to the parties involved. Yet being more aware of how complicated it is to describe and express narratives based around identity, together with respecting deep identity differences as a source of positive power, may help different parties communicate with others.

These were just a few of many thoughts that arose during and after our visit to Northern Ireland. Yet even these initial fragments of an attempt to view the old conflict with new glasses and through new sets of questions, seem to be a step in a good direction. 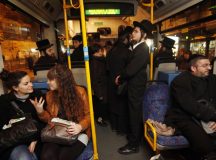 By Michal Gera Margaliot and Miriam Zalkind
In this in-depth interview with Fathom deputy editor Calev Ben-Dor, the leaders of the Israel... Read more > February 2018 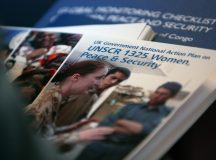 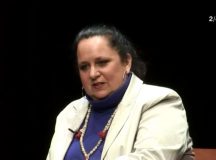 Feminism in Israel | Feminism and the melodies... 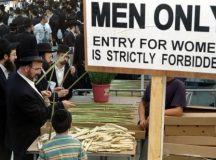 By Yofi Tirosh
Dr Yofi Tirosh is angry that she is still devoting ‘most of my time, energy,... Read more > February 2018