Fathom > Article > The old ways have had their day. Peace-making will look very different in the era of Trump

The old ways have had their day. Peace-making will look very different in the era of Trump

by Claire Spencer
BACK 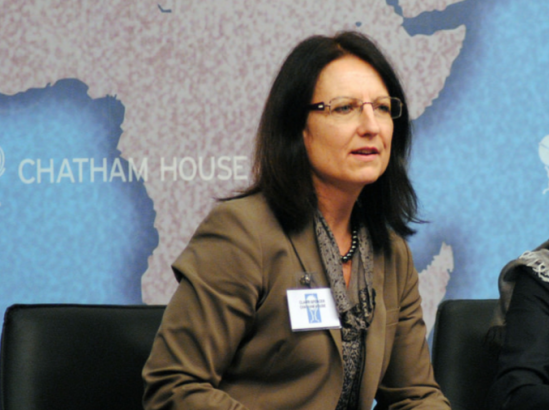 Claire Spencer is Senior Research Fellow at the Middle East and North Africa Programme and Second Century Initiative, Chatham House. In this reflection on the likely impact of the US election on the Middle East Peace Process she suggests the old ways of negotiating, pretending to negotiate, and stalling over vested interests have well and truly had their day. If Trump engages (and his intentions remain unclear), this businessman will likely rewrite the rules of the ‘peace process’. Everyone will need to adapt very quickly.

President-elect Trump has been surprisingly upbeat about what he calls ‘the ultimate deal’. But this does not mean that reviving a peace process will be a priority for him. Last year, candidate Trump said, ‘A lot will have to do with Israel and whether or not Israel wants to make the deal — whether or not Israel’s willing to sacrifice certain things.’ He added: ‘That may not be OK, and I understand that, and I’m OK with that, but then you’re just not going to have a deal.’ Since his election, he told Israel Hayom that ‘I believe that my administration can play a significant role in helping the parties to achieve a just, lasting peace’, without spelling out what that role might be. Early post-election statements from his campaign team advisers Walid Phares and Jason Dov Greenblatt have already set some of the parameters: Israeli settlements are not an obstacle; the US Embassy will move to Jerusalem, but ‘under consensus’; the incoming president ‘will make it a priority if the Israelis and Palestinians want to make it a priority’, but will not ‘force peace upon them, it will have to come from them.’  In an interview with the Wall Street Journal published on 10 November, Trump himself said: ‘(a)s a deal maker, I’d like to do … the deal that can’t be made. And do it for humanity’s sake.’

On the Israeli side, Education Minister Naftali Bennett’s early declaration that ‘the era of a Palestinian state is over’ may well seem premature if the inference is that President Trump will be an easy touch for Israel. Since then, Trump has named Stephen Bannon (‘a man accused of fanning the flames of neo-Nazism and white supremacy’ in the words of the Guardian) as his chief strategist in the White House, to widespread US establishment alarm. Trump’s indifference to settlements — and a Ministerial Committee in Israel advanced legislation to legalise settlements on private Palestinian land only last week, in defiance of both the Prime Minister and Attorney General — has also not yet translated into complete indifference to an eventual Palestinian state, if only because he has yet to catch up with the details. When he does he will see all of it through the prism of what benefits the US. The $38 billion 10-year military support package concluded by the Obama administration in September this year, for example, may seem a necessary expenditure to shore up a long-standing ally in the heart of a ‘Daesh’-riddled Middle East. Equally, in terms of his broader agendas and domestic support base (over 70 per cent of American Jews having reportedly voted for Hillary Clinton), it may not. The Republican Party, which criticised the deal at the time, may seek to loosen up its terms, which effectively make Israel’s security relationship with the US dependent on purchasing US military hardware. A Trump presidency may see these terms as good for US military exports and jobs, and thus good for US interests; he may equally think that Israel – like the US’s military clients in the Gulf – should pay more of the bill itself.

Whether President-elect Trump is and remains a friend of Israel, in particular, will depend on what kind of friend Israel wants to make of him. The same applies to how Palestinian leaders pitch their case to the new administration. Trump may have talked of ‘humanity’ and a ‘just and lasting peace’, but the kind of deal he will want to see done is one that sticks and is good for business. Trump’s strongest card is precisely his unknown quantity. He cannot be outmanoeuvred for now on the basis of well-placed guesses of how he will react, and what he has done and said on this issue in the past. In reality, he has said and done very little, except emphasise his support for Israel to audiences that wanted to hear it, during a campaign when he had earlier claimed to be ‘neutral’ over the issue.

One thing is known: he is a businessman and has a businessman’s approach to doing deals, which successful or otherwise over the course of a long career, is something he prides himself on being good at. The region’s political establishments may dismiss his inexperience in the finer details of peace-making at their peril; he is likely to have little patience for bureaucratic red tape, procedural issues and received wisdoms about how things should be done – and this will disconcert the ‘peace specialist’ industry as much as it could potentially shake others out of their lethargy. He may surprise, precisely because he cannot be cornered by any previous track record; apparently naïve questioning and approaches may prove to be just the opposite: they might equally serve to dismiss and side-step all the disputed language, interpretations and precedents that have accumulated like  layers on a cake since the 1993 handshake on the White House lawn.

If he does get involved, he is likely to show more of an interest in the economic incentives on both sides, and explore the Netanyahu government’s enthusiasm for a regional deal with Trump’s own business partners in the Gulf. That he would do this entirely at the expense of the Palestinians and their exclusion from the benefits of a regional deal, cannot be taken for granted. If the Palestinian Authority were wise, they would be fielding a delegation of the brightest and best of the new generation of young Palestinian entrepreneurs to New York ahead of January 2017 to make the point that trade, investment and jobs in the West Bank and Gaza need a solid national political framework for anything beyond charitable hand-outs to work, not just concessions from the Israelis.  But they probably won’t. What the current Palestinian leadership still needs to understand is that a rights-based, UN-resolution-based approach to peace-making is unlikely to cut any mustard with a Trump administration.

Until Trump has a team in place, however, this all remains speculative. He could lose patience with intransigence and immutable principles, and any kind of preconditions to sitting down and doing a deal. He could take one look at the complexities and walk away, delegating the task to an envoy, or whoever replaces John Kerry. He may stick to his word and deprioritise the issue until and unless a bilateral process takes shape. In the event, both Israelis and Palestinians may find themselves pressured to find some new faces to ‘do the deal’ based on concrete interests rather than legal or historical precedents or appeals to narrowly-based security interests. The result, in an ideal world, could be that the impossible suddenly becomes possible – not because the leg-work of persuading majority opinions on each side that a two-state solution is the least worst outcome (public opinion already reflects this to be the case) but that the old ways of negotiating, pretending to negotiate, and stalling over vested interests and impossible compromises have well and truly had their day.

For the younger generations on both sides of the argument, this could encourage an entirely different way of thinking about a shared future. To get this far, however, will require new leaders on both sides and a kind of Trump-sized grassroots and business community rebellion against their respective political establishments. Since the world is less than ideal, this is not going to happen. But stranger things in the new world of Trump can at least be imagined. 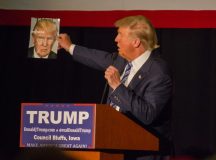 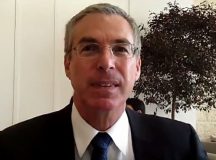 The Israeli-Palestinian Arena – what could be done...

By Michael Herzog
Michael Herzog has been a participant in nearly all Israeli-Palestinian negotiations since 1993. In this... Read more > Article Autumn 2016