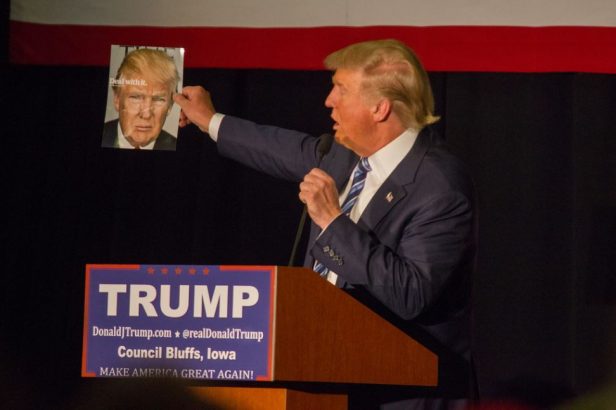 President-elect Donald Trump during a campaign rally at the Mid-America Center in Iowa. Photo by Matt A.J.

Shany Mor is a former Director for Foreign Policy on the Israeli National Security Council. In these first thoughts on the implications of a Trump presidency for the US-Israel relationship he assesses the likely impact for Israel’s diplomatic position while warning of the re-normalisation of antisemitism in democratic politics in the West, the alarming rise of illiberal democracy and some worrying trends in Israeli media.

There are a few trends worth keeping our eyes on, however. Israel and the US recently signed a new ten-year Memorandum of Understanding on defence aid. The details have been analysed elsewhere, and it no doubt constitutes a renewal of America’s commitment to Israel’s security and a further fortification of Israel’s qualitative military edge.

But beyond that, it symbolises a deep rethink of the relationship on behalf of both American and Israeli elites. For the Obama administration, it is the culmination of a long-term tactic of separating security cooperation from the rest of the relationship. This has occasionally baffled American critics of Israeli policy, as previous administrations have always used defence aid as a means of leverage over Israel. Obama, in contrast, has used defence aid as a way of neutralising pro-Israel critics at home and, unsuccessfully sometimes, as a way of softening Israeli reluctance to move forward diplomatically. Most importantly for him, he has removed the lever that most involves Congress — sparing himself showdowns over Israel that plagued Presidents Gerald Ford, Ronald Reagan, and George W. H. Bush.

For Israel this tactic fits into a long-term strategy as well, one that will no doubt be deepened and expanded in the Trump era. Israel’s Prime Minister Benjamin Netanyahu, in a way that would shock any Israeli prime minister from the 1970’s onward (including the 1990’s version of himself), has steadily pursued a ‘diversification’ of Israel’s strategic portfolio. A move away from total dependence on the US has long been a fantasy of the far-left and far-right in Israel (for vastly different reasons), but no one other than the US is available to guarantee Israel’s qualitative military edge on the one hand and safeguard it at the UN Security Council.

But locking in defence aid and walling it off from domestic politics as well as diplomatic moves in any direction frees Israel — just a little bit, but enough — to pursue its own multi-layered diplomacy in Europe, Africa, and especially Asia. Despite panicked talk to the contrary, Israel today is less diplomatically isolated than it has ever been — with more embassies in more capitals than ever before, and a broad global presence in trade and security cooperation.

In the Trump era, this will be crucial. It remains to be seen whether Trump will follow through on his promise to move the American embassy to Jerusalem. It is certainly possible that he will pressure Israel much less on settlements and the occupation in general. He will be unlikely to stand in the way of Israel deepening its ties with the less radical Arab regimes that were once pillars of American security policy in the Middle East and have grown wary of Obama.

It is impossible to say if the Trump era will open the diplomatic space for European or Turkish or Russian diplomatic initiatives which Israel will have to face alone. And it is even more difficult to guess how Trump might react (or overreact) to a major terror attack originating in a part of the Middle East already embroiled in conflict.

The US is entering a period of unprecedented retrenchment, and its alliances will be strained as never before. Israel will have to navigate carefully.

Beyond the strategic relationship, there are three other matters Israelis should keep their eyes on.

First, the Trump campaign constitutes a big step in the re-normalisation of antisemitism in democratic politics in the West. The big break into the mainstream happened in Britain with the rise of UK Labour leader Jeremy Corbyn. But the phenomenon has been bubbling beneath the surface in the far-right and the not-so-far-left for years, and with increasing openness since 2000. That hard times and dramatic changes in social status bring out resentments, conspiratorial thinking, and a general anti-cosmopolitanism isn’t terribly surprising. That the targets are once more Jews — in such varied countries and contexts — is alarming, and behoves attention and some tactical reckoning as well.

Second, the rise of illiberal democracy is not a blip or a frontier phenomenon, but a part of the way democracy is practised throughout the club of advanced societies in whose membership Israel basks. What looked silly and amusing perhaps in Silvio Berlusconi’s Italy looks much more menacing now in Recep Erdoğan’s Turkey or Viktor Orbán’s Hungary — or Trump’s America. Israel is not immune, though it is puzzling how much attention and angst were devoted to Israel’s supposed drift away from democracy (which never materialised) while little thought was given by Western hysterics to the democratic retreat in multiple NATO and EU member states. That Israel is on the cusp of fascism has become a louder and more self-destructive rallying cry of much of Israel’s civil society too (especially the parts that rely on European funding). Israel is not immune from these trends and needs to be constantly vigilant. At the same time, pro-Israel voices in the West need to be continually attuned to this obvious and transparent case of projection.

Third, the coverage of the US election in the Israeli press was particularly disappointing this year. It wasn’t that long ago that Israelis were famous for their keen understanding of American politics. A glance at the major Israeli news outlets makes it feel like ancient history though. The widely popular freebie Yisrael Hayom­ covered Trump just as would be expected by a newspaper owned by Sheldon Adelson — whose Las Vegas Review-Journal was the only American newspaper to endorse Trump. Israel’s most popular news website YNet touted every new fake Hillary Clinton scandal, reporting rumours from Matt Drudge and Breitbart — usually after they had been filtered and cleaned up a bit by Real Clear Politics — as news. YNet’s reliance on the right-wing blogosphere for news on American politics has been ongoing since Obama took office in 2009. Most depressing was the left-wing daily Haaretz, whose coverage often seemed unable to look above its own parochial worldview: what is bad in the world is directly connected to, if not actually caused by, Netanyahu. It didn’t matter that American Jews overwhelmingly supported Clinton, nor that the minority of Jews who are Republicans were the earliest and most vociferous critics of Trump. 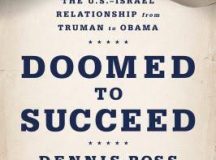 Book Review│Doomed to Succeed: The US- Israel Relationship...

By David Lowe
On 12 May 1948, nearly six months after the United Nations voted to partition Palestine... Read more > Autumn 2016

By Joshua Muravchik
There is no alternative to the two-state solution, but neither party is yet in a... Read more > Autumn 2016