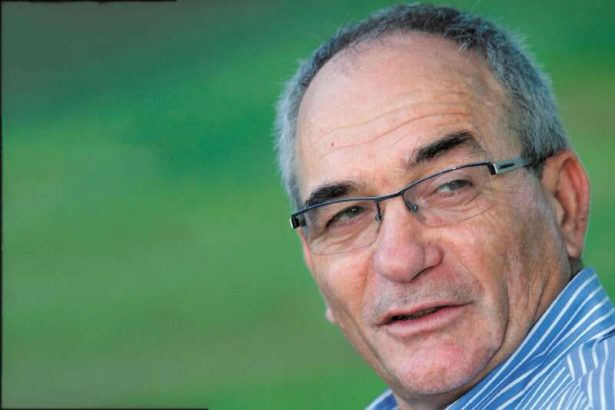 Brig. Gen. (res.) Yossi Kuperwasser was chief of the research division in IDF Military Intelligence, and until recently, director general of the Ministry of Strategic Affairs. He is now the Director of the Project on Regional Middle East Developments at the Jerusalem Center for Public Affairs. Here are some of his favourite Israeli songs.

I’m known among my friends, colleagues and family as somebody who never stops singing. It is something I inherited from my father who never stopped singing even though he was a terrible singer (I’m afraid I inherited that too). I enjoy many genres and styles of music, but above all I love Israeli music. It is so rich and emotional that there is no wonder it became so famous all over the world. Even one of my colleagues years ago in the CIA was in love with the late Ofra Haza. Who knows, maybe this helped improve our intelligence sharing.

Choosing 10 Israeli songs is clearly a very difficult task, but I promised to do it so here are my favorites:

Ha’Ben Yakir Li Ephraim (is Ephraim my dear son) to words from the bible by The Nachal Company, based on the original version of the Malavsky Family choir

This chapter (31) from Jeremiah is full of promises for a bright future for the Jewish people, but this specific verse expresses better than any other the way the Lord cares for his people and his deep commitment to comfort them. After the Holocaust and the establishment of the state of Israel this song had a powerful contemporary meaning. The melody is very sentimental as it starts with a repetition of the same motif several times while the tension builds up. When I was with the IDF delegation to the death camps, we sang this song in Treblinka. It was an unforgettable moment.

Two amazingly gifted artists joined hands to create this unique song with the unexpected tune speaking of the need to never let go but to keep moving forward in spite of all difficulties, with expectation for a better future (Bezipiya Letov). It really touches our lives in Israel as the challenges are so big and yet you listen to the song and get the inspiration to carry on optimistically. No wonder that when I was the General Director of the ministry of Strategic Affairs, I had the lyrics on a stand in front of me.

Ha’Omnam (really?) or better known as At Telchi Ba’Sadeh (You’ll walk in the field), by Chava Alberstein, lyrics by Leah Goldberg and music by Haim Barkani

“Can it really be that the days of forgiveness and grace come and you shall walk in the field like an innocent walker?”  A masterpiece by the greatest artists. Goldberg published the song in 1943 without a title. Barkani wrote the music in 1974 and made it so popular. It tells us what we need to know to overcome all obstacles and find some happiness in very difficult times. I sing this song almost every day.

A wonderful love song about an unfulfillable love. In spite of the impossible situation the lover adores the unattainable women and describes her beauty in his eyes by magnificent metaphor.

This song describes the impossibility of reviving childhood scenes when you visit the place where you grew up. “In my childhood paradise I was part of the scenery but today I’m a guest”. I travel occasionally to my childhood home in Haifa, out of nostalgic longing, and though I love the place and have sweet memories, I cannot have the feeling of belonging I used to have there when I was growing up. I compensate for that by remaining a fan of my beloved football team, Hapoel Haifa.

The most beautiful song, in my mind, by the talented Zohar Argov who had a unique voice and a special expressive way of singing. I used to listen to Zohar without any break when I was chief intelligence officer of the Central Command. He has a famous song that says “We don’t have to research and question everything, sometimes it is all right not to know it all” it makes sense, but in the Israeli intelligence we keep trying to know more than what we have to know.

A recent song with tremendous popularity (almost 29 million views on YouTube), simply because it is so touching. Raviv Kaner is a very emotional veteran of the highly acclaimed Egoz commando unit, that was a part of the famous Golani infantry brigade. He fought in operation Protective Edge in Gaza where he lost 4 of his friends. The song describes his never-ending struggle with the memories of that battle. His pain transpires through his singing especially when he utters the main theme of Resisism.

Best known for the question “When was the last time you have done something for somebody?” it’s a protest/soul searching song that anyone, and especially celebrities, must always ask himself repeatedly. I do that often but maybe not often enough.  The three artists that joined hands in creating this masterpiece in 1984 managed to touch me personally and many other Israelis. When the song is performed live the entire crowd joins in with the question and this is extremely powerful. For a live version see here.

The full lyrics from Isaiah are ‘on that day a great ram’s horn will be blown, and those lost in the land of Assyria will come, as well as those dispersed in the land of Egypt; and they will worship the Lord in Jerusalem on the holy mountain. No need to add anything. My parents’ generation made it happen, my generation worked hard to cement it, my children’s generation and generations to come will have to protect and eternalise it. It’s a difficult task because some of us may think that there is an alternative and some enemies are not about to accept our independent presence in our ancestral homeland as the democratic state of the Jewish people. So, we have to keep working hard to enable the future generations to overcome the obstacles. Carlebach’s unique talent and enthusiastic spirit are instilled in my soul and what fills me with pride is my success in sharing this feeling with my family.

Neged Haruach (Against the wind), by Shalom Hanoch

Walking against the wind is a heavy rock song about the importance of keeping your hope and sticking to your truth in the face of difficulties. As the song says: ‘The darkest hour is always before dawn’. In the intelligence this is a familiar feeling. Quite often I had to face skepticism and opposition to unpopular views but an intelligence expert should be ready to walk against the wind.

And finally, a bonus, Ma Hada Bi’Abbi (No one can fill your place in my heart), by Majida AlRoumy. Lyrics by Maroun Karam and music by Ihsan AlMundhir

Not a Hebrew song. It is a song in Arabic by the unbelievably gifted Lebanese singer. I’m convinced singing can contribute to peace, and I have a dream that Majida AlRoumy and Kadim AlSahir as well as many other great Arab performers will come and have concerts in Israel. The opposite happens from time to time. But in this specific case I chose this song because my wife Tzionit and I love singing it together. A bit too saccharinely but who cares?

I feel bad about some 1000 songs that were not included on my list and could have easily made it (excuse me Naomi Shemer, Yehuda Poliker, Nathan Alterman, Alexander Penn and so many others) but this is what life is all about – making difficult choices. 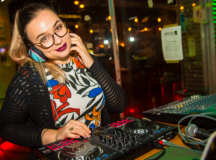 By Lusil Blek
Lusil Blek is an Israeli graphic designer. Her mother constantly reminds her that she started... Read more > January 2022 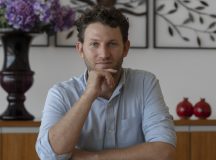 By Michael Wegier
In a new Fathom series, we invite guests to select their favourite Israeli music and tell us... Read more > January 2022 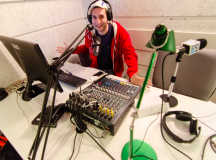 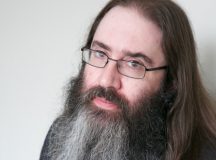