by Steven J. Zipperstein
BACK 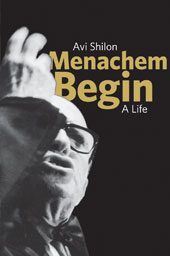 ‘Had there been telephones back then,’ recalled a close aide years later, ‘Begin would never have survived his time in the underground.’ Even admirers were stunned by his loquaciousness – a rhetorical overkill that worked wonders, as often as not, on admiring crowds and eventually on television, a medium he would nurture, but that frequently left diplomats, political opponents and American presidents cold. Born in another time or place – rather than to a Jewish communal activist and local Zionist leader in interwar Polish Brest-Litovsk (known to Jews as Brisk) – Begin might well have chosen the life of an actor. At least this is what Avi Shilon suggests in this detailed, steadily empathetic book. Instead, he would emerge second only to Israel’s founding Prime Minister David Ben Gurion (who loathed and feared him) as the most significant, enduring political figure in the history of the Jewish state.

Few would have predicted this fate in the 1950s, or even the 60s. Then, one of the reigning maxims of Israeli life was the inconceivability of alliances either with Communists or Begin’s Herut party – which Begin would deftly retread into Likud, that captured power in 1977 and, albeit rebranded, remains essentially unchallenged politically still under Benjamin Netanyahu. Yet, in the midst of the turbulence of the interwar years and never more palpably than in the wake of the European catastrophe of the 1940s, the existence of a Jewish Right felt to many a contradiction in terms, more an exercise in collective neurosis than politics.

This is the view Begin would shift emphatically, perhaps permanently. Politically side-lining most of the cohort from his days in the anti-British underground in pre-state Palestine (several of whom nonetheless remained close confidants, he had few, if any, friends), he set in motion a working coalition — North Africans (eventually augmented by post-Soviet Jews), economic liberals, national-religious, secularists and home-grown rightists — that has dominated Israeli politics, on and off, for decades now. Never concerned with details (he was dreadful at managing the fiscal affairs of his and his beloved wife Aliza’s sparse home-life, while his Herut party ever-teetered on the edge of bankruptcy as did the economy of the Israeli state under his premiership), Begin proved himself a canny strategist, and for the most part a keen judge of people. He sensed better than his opponents in Israel’s Labour party the shifting texture of Israeli society: its multinational Jewish complexion and its turn to individualism due to the tiresome weight of its collectivist ethos.

Dismissed by Ben Gurion (at best, as a clown; at worst, as an incipient fascist), Begin’s election as prime minister stunned the Israeli political establishment, its intellectuals, the then-influential kibbutz movement and the bulk of its journalists who feared the worst. And were they all that off-track? Placing Arik Sharon in charge of (feverishly accelerated) West Bank settlement implementation, and then setting him loose to wage the disastrous Lebanon War, Begin solidified ideologically-inspired policies both geopolitically and domestically which have preoccupied – arguably, bedevilled – Israel ever since. True, by then Begin was much diminished physically and probably also mentally, with admirers insisting that Sharon tragically manipulated him. (Sharon is the only outright villain of this book.) But, then again, Begin, inclined to leave others to the details, essentially vetted the policies that led to the horrors of the Lebanon War for which he accepted no responsibility. Instead, he resigned abruptly without explanation, sequestering himself away for nearly a decade until his death in 1991 in a modest apartment with his unmarried daughter where they spent evenings watching videos from the local library.

How to speak of Begin’s life without stark judgments – of praise or scorn – weighting down one’s narrative? Shilon deftly manages to do just this and without avoiding Begin’s darker moments (the King David explosion of 1946, the Deir Yassin catastrophe of 1948). In the process, he manages to fill him out as a man and politician, to humanise him more persuasively and fully than any previous biographical account. We learn, for example, that his ascent to power, even before he climbed to the apex of Israeli politics in the confines of the Zionist Right, was uncertain, with ample pitfalls and near misses. Awkward in his demeanour (he insisted on kissing the hands of women even once he arrived in rough and tumble Palestine in the 1940s), he was, says Shilon, banished to Czechoslovakia by his party at the start of his career because he was viewed as ill-suited to political leadership on his home ground, the immeasurably more important Poland. At 26 years old, his mannerisms were those ‘of a vigorous old man’.

Israeli crowds would eventually adore him, but the mantle of the vaulted Vladimir Jabotinsky, the lavishly talented founder of right-wing Zionist revisionism (a fluent Russian novelist, a highly respected journalist and – according to philosopher Isaiah Berlin – perhaps the finest orator of his day) rested unsteadily on Begin’s shoulders for a long time, perhaps always. Jabotinsky, who died suddenly in 1940 at the age of 59, never warmed to Begin. He often goaded him, teased him. While Begin, who exuded neither Jabotinsky’s brilliance nor oratorical ease, diligently rose in the ranks challenging Jabotinsky publicly as head of Revisionism’s youth movement, Betar, battling him on matters of principle, and garnering respect from those around him for his independence of mind.

From the start, Begin mined with sincerity (even his grandiosity was sincere, as Shilon views it) deep, embedded Jewish predilections: distrust of gentiles; an overpowering preoccupation with the Holocaust, in which he lost most of his family, that he saw as an ever-pertinent guide for the future; and an abiding regard for Jewish tradition that, while not observant himself, he resolutely and conspicuously revered. His was not a racist attitude toward Arabs, but his incapacity to acknowledge the suffering of a minority under a Jewish yoke revealed myopia implacable and singularly resolute. Such attitudes so exasperated Moshe Dayan that he eventually found working with him impossible. Still, he learned how to reign himself in (he may well have been plagued by lifelong depression which he mostly pushed aside), to move with patience and discipline from the political margins to the mainstream, to keep his eyes on distant targets while thinking in broad-strokes, leaving details to others around him or, as often as not, neglecting them entirely. He learned how to turn his shortcomings, his awkwardness, even his gawky, discordant looks, to his advantage. In his televised debate with Shimon Peres before the 1977 election (the first such event in Israel), Begin’s handlers feared he would be cast in the same vein as Richard Nixon vying with a handsomer, younger, antagonist. Shilon writes:

The sweaty and excited Begin triggered sympathy. His appearance – which was ill-suited to the medium, actually made him seem to be a responsible and mature Jew who did not sleep at night because of his concerns for Israel. When the debate ended and the cameras were turned off, Begin could no longer resist some humour and remarked while Peres was removing his make-up, ‘Oh, look how beautiful he is.’ His associates burst into laughter.

And although he was the Israeli politician most vocally linked with the refusal to renege on any of Israel’s God-given land, it was, of course, Begin who negotiated – in that frayed, but still-existent peace agreement with Egypt – that grand land for peace deal that set in motion, as Shilon argues, every subsequent effort at Arab-Israeli reconciliation. This may well be his greatest legacy, and one that he himself would, no doubt, have opposed no less resolutely than when he battled in the early 1950s Israel’s reparations agreement with Germany. Then, in Begin’s most infamous moment as an Israeli politician, he so incited a mob that it went on to storm the Knesset while in session, so worrying Ben Gurion that he feared Israel’s democracy was at risk. Shilon, a fine biographer, allows all these contradictions to stand; he does not seek to reconcile them nor does he ever create a flattened portrait. Rather, he constructs a portrait that leaves the reader mystified by the hold that the sweaty, excited Begin and his legacy have managed to exert for so long, and that remain with us still with no end in sight. 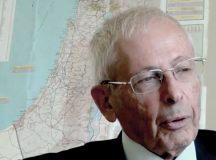 By Benny Begin
First elected to the Knesset in 1988 as a Likud MK, Benny Begin is Minister... Read more > Autumn 2013 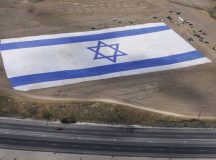 Israel has a narrative that can resonate: an...

By David Horovitz
David Horovitz is the founding editor of The Times of Israel, a current affairs website... Read more > Autumn 2013