Fathom > May 2020 > Let us be Social Democrats. There is a way back for the Israeli Labour Party.

Let us be Social Democrats. There is a way back for the Israeli Labour Party. 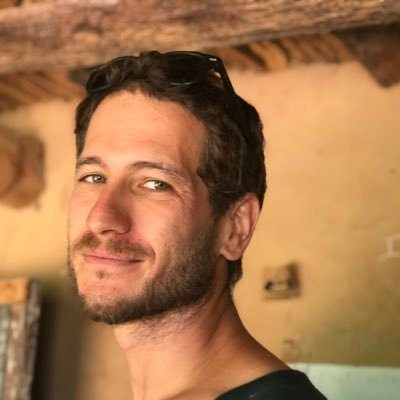 Tal Harris is a member of the central committee of the Israeli Labour Party and was among the minority of members who voted against the party joining the Netanyahu-Gantz coalition government. Nonetheless, he argues that with the current crises proving once again why societies need social democracy, the party’s task is to use its control of the Ministry of Economics and the Ministry of Welfare to seize the opportunity to reimagine the way the country serves its people, reconnect the party with Israelis outside the narrow professional-managerial class to which it has largely been reduced, and to present an inspiring real-world alternative to annexation.

It is hard to know what makes 62 per cent of the Israeli public support and only 22 per cent oppose the power-sharing coalition agreement between two political rivals, Benjamin Netanyahu and Benny Gantz (according to a 21 April poll revealed on Israel’s Channel 13 News).

Perhaps it is the general fatigue after three elections in a little more than one year. During elections the right-wing uses slander, lies and deceit in turbo-mode, normalising bigotry and racism. The primary target is always Israel’s Arab minority. In recent years, however, the assaults have expanded against the courts, the academia, the civil service, civil society, and even the army and police leadership. No one felt safe facing a fourth election.

Maybe it is the general anxiety of a country whose economy has rapidly plummeted into paralysis at a time of a pandemic, with a whopping 27 per cent unemployment rate (as of 23 April) and only feeble social safety measures. Leaders across the world, from Merkel to Ramaphosa and from Macron to Trump, are gaining some popularity now, as the public rallies round the leader.

On the other hand, it is very easy to know what has made the Israeli Labour Party reach an all-time low in popularity of 1.1 per cent (according to a 13 April poll by Channel 12 News). The party’s leaders had repeatedly pledged they would not sit under Netanyahu and yet that is what they are doing. That promise was so central to their campaign, violating it was bound to destroy the trust of their traditional voters.

That had been one of my considerations when voting against the resolution to join the coalition in the party’s central committee. One of the difficulties has been how unequivocal the party leadership itself had become in its own opposition to sitting under Netanyahu under any circumstance, ruling out so unequivocally in advance what it was now seeking to do.

Ahead of the vote, I published an op-ed detailing the complete case against joining the coalition. I proposed we wait until October 2021 to sit under Gantz, should Netanyahu adhere to their agreement and vacate the Prime Minister Office.

It was not easy to come to this position. As a former spokesperson and adviser to the party leader, Amir Peretz, it was not easy to oppose him on this question. I did so because I was convinced that by remaining in the opposition, the Labour Party would have retained the trust of those who voted for us.

However, we are where we are. In short, with only two seats in a government that it swore it would never join, the Labour Party must seek paths to rebuild trust in the party, in the state itself and in the prospects of reconciliation with our neighbours. To achieve that, it will need its members’ support – including those such as myself who opposed the decision to sit under Netanyahu. At this nadir in the fortunes of the party, we must chart a way back. Our current health crisis suggests what it might be.

The State of Israel was founded in 1948, two months before the UK’s NHS was established. The universalistic institutions of the new Jewish state and of post-war Britain are the ones that have enable the two countries to cope with the COVID-19 pandemic. Only physicians, nurses, lab workers, researchers, epidemiologists, cashiers and food transporters, utility workers and waste collectors, and police officers risking their lives, as well as social workers and teachers adapting to Zoom, have been labelled ‘essential’.

Yet the two countries have also undergone intense processes of neoliberalisation, roughly in parallel that began in the 1980s and were solidified in the 1990s. In the ensuing decades, many of those essential care giving jobs have been privatised and become precarious. Many of the services that the government continued to provide directly have been defunded, leading to growing public frustration, often, and unfairly, with the services themselves, not with the governments that starved them of resources.

As David Graeber argued, when analysing the reasons for the failure of the UK Labour Party in the December 2019 general election, the country didn’t move from having a large manufacturing sector to having a large service sector. ‘The real story is the spectacular growth, on the one hand, of clerical, administrative, and supervisory work, and, on the other, of what might broadly be termed “care work”: medical, educational, maintenance, social care, and so forth’. And ‘[w]hereas the core value of the caring classes is, precisely, care, the core value of the professional-managerials might best be described as proceduralism’. This insight is valuable for the Israeli Left too. Just like under Clintonism in the US and Blairism in the UK, the Israeli Labour Party has often catered to a base of professional-managerials and following the transformations in the job market (the migration of the old manufacturing jobs overseas), which involved it embracing the rules of the system rather than the interests of the many.

One can easily get thousands of leftists in Israel today to march for democracy or to demonstrate for the Supreme Court or for the freedom of the press. The left-wing base, much of which occupies the better paying echelons of what Graeber called on a different occasion ‘Bullshit Jobs,’ is likely to rally in far smaller numbers for workers hit by the current meltdown of the economy.

The far-Right, on the other hand, is successfully winning trust in itself by breaking up the trust in the institutions of the state. Netanyahu began doing so as finance minister, by accusing the public sector of having become a fat man resting on a thin man’s back – the private sector. In 2015 he compared unionised workers to Hamas terrorists.

After three election rounds, Israeli politics is being realigned and redrawn, but given the health and economic crises, there is also an opportunity to reimagine the way the country serves its people. This is a time for a bold vision and firm action that privileges the many. Can it be done under Netanyahu? There are good reasons to be skeptical (just ask Peretz himself, who quit Netanyahu’s third government in 2014), but there are reasons to be hopeful as well.

Labour’s Peretz and Itzik Shmuli are two of the most committed and qualified politicians in the country. And now they will lead the Ministry of Economics and the Ministry of Welfare in the new government. They may succeed in putting many of the country’s workers on a better trajectory than it had known in past decades. That would require deepening the alliance with Blue and White, a party with a greater parliamentary representation, but with far less parliamentary experience. It would also require countering the rhetoric and manipulations of the far-Right.

It will be difficult for Labour and Blue and White to regain popularity after blatantly violating their promise not to sit under Netanyahu and deeply demoralising many of their voters. There is no alternative but to try.

Furthermore, if they are able to introducing elements of a fairer economic order, with less precarity, they may be able to cultivate more trust in the state itself. And if the state serves its people better, it will become harder for the far-Right to assault its institutions. That is where the paths of liberals and social democrats could meet.

The Israeli Labour Party can also use its time in government to suggest ways to transform relations with the Palestinians. While much of the headlines are fixed on the prospects of Israeli annexation of much of the West Bank, the left-wing hadn’t presented an inspiring alternative for years (no, the prospects of a ‘peace agreement’ between Israel and the old guard of the Palestine Liberation Organisation don’t inspire many on either side of the fading Green Line).

The right-wing is successful in promoting its unilateral agenda only thanks to its dehumanisation and demonisation of Palestinians. To counter that, it is not up to Palestinians to ‘humanise’ themselves to Israelis. It is up to both peoples living to the west of the Jordan River to learn Arabic and Hebrew and to study the different religions, traditions and histories.

The two-state solution had been strangled by the realities of a ‘temporary’ 53-year old occupation and the failed leaderships of both sides. A transformative political arrangement could only stem from closer cooperation between the two peoples. A positive role for the Labour Party in the coalition wouldn’t be to simply try and block annexation, but to help create more trust between the two peoples. 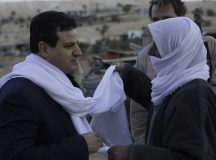 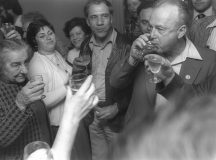 IsraelVotes2019 | Why the Israeli Labor party is...

By Eric Lee
Why has the Israeli Labor Party failed to return to power for over 20 years?... Read more > May 2020

By Tal Harris
Tal Harris argues that while Benny Gantz can replace Netanyahu and remove his Kahanist allies... Read more > May 2020