by Eric Lee
BACK 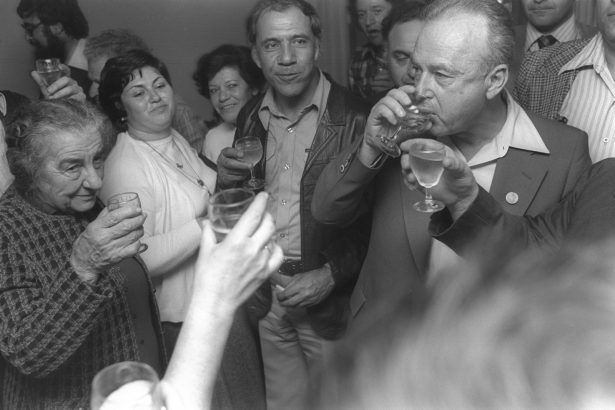 Why has the Israeli Labor Party failed to return to power for over 20 years? Eric Lee points to the failure of the Oslo Accords to make Israelis feel more secure, the inability of the party to convince working class people to vote left, and the decline of social democratic parties in Western Europe as a whole.

The Israeli Labor Party is predicted to win fewer seats in the Knesset in the elections on 9 April than at any other time in its history. There is even the possibility, albeit a slim one, that it will disappear entirely by not reaching the 3.25 per cent threshold. As I write these words, in the first week of March, all three recent public opinion polls show the party receiving just six Knesset seats – or about 5 per cent of the vote. Of the 11 parties expected to win seats in the Knesset, seven would have larger factions than Labor.

This is happening despite the results of the party’s recent primaries, in which 34,000 members voted – an exceptionally good turnout. They chose an appealing list of candidates, mostly female and youthful, including social protest leaders Itzik Shmuli and Stav Shaffir. For a moment it seemed the party might rebound a bit in the polls, but this was not the case.

In a desperate attempt to stave off electoral disaster, efforts were made at the last minute to merge Labor with its smaller left-wing rival, Meretz, but these failed. Now the two parties together are projected to receive half as many seats as Labor won (in coalition with Tzipi Livni’s party, ‘Hatnuah’) just four years ago.

Considering that a generation ago, this was a party which had completely dominated political life in Israel since independence — and before — this is an extraordinary development.

In elections to the first Knesset back in 1949, Labor’s forerunner Mapai managed to win almost 36 per cent of the vote. The left-wing Zionist Mapam was the second largest party with almost 15 per cent. The Communists had 3.5 per cent. Together, the three self-proclaimed socialist parties won 69 Knesset seats.

Labor’s dominance continued in one form or another until the 1977 Likud victory, when Menachem Begin became prime minister, and the party has never really recovered from that defeat. Labor was in power a few times in the past four decades, most notably when Yitzhak Rabin led it to victory in the 1992 elections, and the result was the Oslo accords. But Labor’s victory over the Likud in 1999 was its last; it has not won an election in the last 20 years.

Ask around, and people will say that the problem is that Labor has picked the wrong leaders. The current one, Avi Gabbay, is a case in point. Gabbay is a former CEO of one of Israel’s largest companies and more recently, served as a minister in the Netanyahu government.

According to polls, he’s leading the party from second place (with 24 Knesset seats, representing 20 per cent of the vote) to oblivion. Obviously, he was not a great choice. And yet it seems that each leader Labor chooses, whether they go for the ideologically correct or the one expected to be popular, the populist or the general or the businessman, it doesn’t matter. The decline of the party is relentless.

I would argue that the problem is not this or that leader. Instead, the decline of Israeli social democracy (and I include Meretz in this picture) is part of a process that has been occurring across the world over many years.

The party which historically embodied the values of social democracy, and to which all other parties looked for leadership for many decades, was the Sozialdemokratische Partei Deutschlands (SPD). The SPD was destroyed by the Nazis, but came back to life after the war, winning several election victories and helping to transform Germany into the modern, democratic state it has become. But today, the SPD seems to be in terminal decline, suffering one electoral defeat after another. Few expect it to return to government any time soon.

The decline of French social democracy is even starker. The election of François Hollande in May 2012 was the last significant victory the party won. From then on, it has declined into nothingness. In the 2017 election, its candidate Benoît Hamon won just 6 per cent of the vote — and he later quit the party.

Social democratic parties throughout the Nordic region, and in the Netherlands, Belgium and Italy, have faced similar challenges and defeats. The organisation which unites the various social democratic parties, the 150-year old Socialist International, has split into two, and seems to be in terminal decline itself.

So is the decline of the Israeli Labor Party and that of the social democratic parties around the globe a coincidence? Of course not.

Tolstoy wrote that ‘all happy families are alike; each unhappy family is unhappy in its own way’.  This is certainly true of the ‘family’ of social democracy. Each party has had its own problems, including poor choices of leaders.

But there also seems to be a pattern that might explain why so many of those parties have declined so precipitously in recent years.

In the beginning, a century or more ago, all those parties were basically labour parties. They represented not so much a specific platform or polices, but a particular social class. You voted for a social democratic or labour party because you identified as part of the working class. You believed that whatever policies the party would stand for would represent your interests.

But over many years, and after many years in power, most of those parties made compromises with reality (as they saw it) which weakened the link between party and class. This has been particularly true in the years since the collapse of the Soviet Union, when general acceptance of what has been called ‘neo-liberalism’ has severely hurt the parties of the moderate Left. Those parties have often led the way with austerity budgets, privatisation of public services, and costly bail-out programmes for the finance sector. Their natural constituencies — the working classes — have felt, and in fact were, left behind.

In Israel the working class, or a large chunk of it, has for a long time now felt estranged from  social democratic parties. It was working class support that propelled Menachem Begin to victory in 1977 and his party, the Likud, has continued to enjoy the support of working class people and the poor despite its record of neo-liberal economic policies that have widened the social gap and contributed to an increase in poverty. Many voters from the poorest neighbourhoods continue to support both religious parties and parties of the far Right. There are parallels between this phenomenon and what American writer Thomas Frank discussed in his 2004 book ‘What’s the matter with Kansas?’ In the old language of the Left, this is what would have been called ‘false consciousness.’

In Israel there are specific reasons for this, first and foremost the ongoing conflict with the Palestinians and the Arab world. Many Israelis define ‘Left’ as meaning pro-Palestinian and ‘Right’ as meaning tough on security. The failure of the Oslo Accords to make Israelis feel more secure and to move closer to an end to the conflict has done much to undermine confidence in Left parties (Labor and Meretz in particular) which were closely identified with Oslo. In addition, the existence of a number of religious political parties, and the never-ending squabbles in the country about secularism versus religious coercion, mean that many voters are unlikely to even consider their own economic interests, instead voting their religious beliefs.

There can be no clearer expression of this than the decision by the leader of the Histadrut (the country’s trade union federation), Avi Nissenkorn, to run as a candidate for the new ‘Israeli Resilience’ list, led by former army commander Benny Gantz. For decades, the leader of the Histadrut would have been a loyal member of the Labor Party. Some former Histadrut leaders like Amir Peretz remain Labor loyalists, though others in the past defected from the party. The historic link between Labor and the unions has been broken.

In some countries, parties have sprung up to the Left of the traditional social democratic ones and have had a measure of success, such as Podemos in Spain and Syriza in Greece. In other countries, social democratic parties (or currents within larger parties) have done well by choosing to return to more traditional values. The Bernie Sanders campaign in 2016 and again today is a good example of the kind of success social democrats can have when they offer a clear alternative to late capitalism and are unafraid to speak about social class (Sanders made very good use of the idea of the ‘99 per cent’ vs. the ‘billionaire class’.)

And in the UK, Jeremy Corbyn (whatever one thinks of his views on Israel and other issues) clearly did very well by representing a return to traditional Labour values, abandoning the ‘Third Way’ advocated by Tony Blair and Gordon Brown. The British Labour Party is today the largest political party in Europe, due in large part to its abandonment of the Blairite agenda and its embrace of traditional left-wing values.

There does not seem to be anything like this happening at the moment in Israel. The more left-wing elements of Labor have not come forward to take over the party and return it to its roots. And parties to the left of Labor, such as Da’am, remain marginalised.

In Israeli politics, which seems to be completely focused on personalities rather than ideas, more so now than ever before, the notion of a political party based on social class, representing the interests of those who vote for it, seems quaint.

But based on the experience of social democratic parties elsewhere, it would seem that becoming once again parties of the working class, representing the 99 per cent and not the billionaires, may turn out to be the only way forward.