Book Review | In Search of Israel: The history of an idea 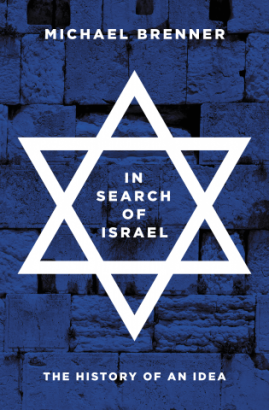 The renowned sociologist, Zygmunt Bauman, a refugee from the anti-Semitic campaign in Communist Poland during the 1960s and subsequently a professor at the University of Leeds, popularised the term â€˜allosemitismâ€™. It depicted the â€˜othernessâ€™ of the Jews, hovering above anti-Semitism and philosemitism, but entertaining both possibilities. The non-Zionist Bauman postulated that a central aim of Zionism was to overcome such â€˜othernessâ€™. Yet as Brenner demonstrates Israelâ€™s voyage through recent history is a consequence of striving for both normality and abnormality. To be like all the nations and to be different from them. Yet â€˜othernessâ€™ is newsworthy. As Brenner remarks in his introduction, Israel ranks 148th out of 196 nation states in terms of its geographical area and 97th in terms of population. This places it somewhere between Belize and Djibouti, but as Brenner points out, given the media coverage of Israel, the outside observer would be forgiven for thinking that Israel was a veritable superpower on a par with the US or China.

Moreover, could a dispersion simultaneously exist with a state? Did the exercise of the ingathering of the exiles have to be total? Herzl believed that any remnant remaining in exile would be first acculturated then assimilated into the host society. However, the early Zionist thinker and author of Autoemanicipation, Leon Pinsker, believed that normalisation did not mean the negation and liquidation of the Diaspora. Both state and diaspora could exist symbiotically. The Israeli academic, Dmitry Shumsky, has suggested that Pinsker thought in terms of the multi-ethnic Tsarist empire where citizens possessed a dual home, â€˜like a Greek in Odessa or a Ukrainian in Moscowâ€™. This clearly relates to the present day phenomenon of both â€˜part-time aliyahâ€™ and â€˜part-time yeridahâ€™ with Jews living in Israel and elsewhere and possessing at least two passports.

Many early Zionists viewed the future Jewish state as a transplanted European entity. Herzl envisaged a Vienna-by-the-sea. Jabotinsky commented that â€˜the Middle East and all that is implied by that concept are foreign to me. I donâ€™t appreciate its beauty. I donâ€™t understand its traditionsâ€™. His model of federated state with the Palestinian Arabs was originally based on the Habsburg model of central Europe. Brenner interestingly writes that Jabotinsky wrote an unpublished treatise in 1918, advocating a bi-national administration of Palestine.

Jabotinsky was famously disparaging about other possible homelands, terming them â€˜fata morgana landsâ€™ i.e. a mirage. Yet many sought territorial solutions to the Jewish problem other than Palestine â€“ particularly as the storm-clouds gathered in Europe in the 1930s. They included Kimberley and Tasmania in Australia, Soviet Birobidzhan on the Chinese border, Surinam and Angola. Brenner reclaims the forgotten figure of the assimilated Jewish novelist of Weimar Germany, Alfred DÃ¶blin who argued that there was an urgency to locate a new spiritual solution as well as a territorial one. Ironically he converted to Catholicism in France in World War II and never was persuaded thereafter to visit Israel.

Brenner who is a professor of Jewish history and culture at Ludwig Maximilian University in Munich writes about the Hebrew sub-culture that exists today in Berlin. He argues that many live in two worlds between â€˜Berlin on the Yarkonâ€™ and â€˜Tel Aviv on the Spreeâ€™. He postulates that an extrapolation of figures from Israelâ€™s Office of Statistics suggest that about 7 per cent of all Israelis live abroad.

Brenner notes that the Balfour Declaration emphasised the notion of exceptionalism. He remarks that there was no clear definition of â€˜national homeâ€™ in legal terms and that there had been no precedent for its use. The report of the Peel Commission in 1937 stated that it was little more than an attempt to paper over the political cracks.

We have been permitted to examine the records which bear upon this question and it is clear to us that the words â€˜the establishment in Palestine of a National Homeâ€™ were the outcome of a compromise between those ministers who contemplated the ultimate establishment of a Jewish state and those who did not.

Even Lloyd-George, who was much feted during last yearâ€™s centenary celebrations, excluded the possibility of instant statehood in 1917.

Brenner contrasts the views of two writers, the Israeli A. B. Yehoshua and the quintessential American Jew, the late Philip Roth. Whereas Yehoshua regarded dispersion as a state of neurosis, Roth in his book, Operation Shylock, had his character â€“ also called Philip Roth â€“ advocate a return to Europe, the birthplace of both rabbinic Judaism and Jewish secularism.

When Rothâ€™s book was published in 1993, the official face of Israel was less than amused. It clearly touched a raw nerve.

Other Diaspora critics such as George Steiner developed Heinrich Heineâ€™s idea of â€˜a portable homelandâ€™ to promote diasporism. Steiner viewed the establishment of a nation state in the Middle East as a parochialisation of Jewish endeavour. This has provided the basis for literary imaginings and counter-factual history in the works of Eshkol Nevo (Neuland), Yoav Avni (Herzl Amar) and Michael Chabon (The Yiddish Policemenâ€™s Union).

With the rise of Israel, Ben-Gurion often met with intellectuals and cultural figures such as Martin Buber and Leah Goldberg at his home â€“ and fashion the future. A central problem was the meaning of Jewishness. Ben-Gurion separated Jewish history from Judaic history. A student of the Bible, he first referred to the Jewish nation and only then to the Jewish religion. Certainly unfashionable in Netanyahuâ€™s Israel, Brenner demonstrates how Ben-Gurion repeatedly referred to the Jewish nation as â€˜a light unto the nationsâ€™. And Ben-Gurion never abandoned the principles of universalism within Jewish tradition.

Brenner also touches on the related, but seemingly insoluble question of â€˜who is a Jewâ€™? Judge Haim Cohn suggested in the 1960s that it was a subjective matter for the individual and would be best kept out of the courts. In contrast, religious Jews vehemently defended the notion that a Jew is someone born of a Jewish mother. Brenner puts forward the idea that â€˜who is a Jew?â€™ is a situational question. A Jew might be considered a Jew in one situation and a non-Jew in another.

Such a debate affects todayâ€™s many â€˜emerging Jewsâ€™ â€“ the lost tribes â€“ the Lemba of Zimbabwe, the Jiosy Gasy of Madagascar, the Beit Yeshurun of Cameroon and the Gogodala of Papua New Guinea. And these â€˜emerging Jewsâ€™ in many parts of the world outnumber normative Jews. The Abayudaya of Uganda have schools and synagogues â€“ and even fractious disputes between the Orthodox and the Conservative. DNA results, often disputed, are utilised to testify to their Jewishness and their right to return to Israel. Significantly in late May the state rejected any notion of the Jewish status of the Abayudaya and thereby nullified its right to emigrate to Israel. The Conservative movement immediately announced that it would petition the Supreme Court on the matter.

Brennerâ€™s last chapter examines the haredi world. The haredim are increasing at a rate of 6 per cent per year while the average birth-rate in Israeli society is 1.8 per cent. By 2039 they will account for a fifth of Israelâ€™s population. The two Israels were symbolised by the deaths in the autumn of 2013 of the singer, Arik Einstein and the spiritual leader of the Sephardim, Ovadia Yosef. Einstein was buried alongside Bialik and Tchernikovsky while Ovadia Yosefâ€™s demise at 95 brought 800,000 onto the streets.

Michael Brennerâ€™s In Search of Israel suggests that this search continues and that vexed questions emanating from this odyssey remain unresolved. Perhaps such unfinished business is simply the echo of Jewish history, but clearer and more deafening as never. Brennerâ€™s accessible work provides fascinating food for thought â€“ and there is much to be learned from this work. 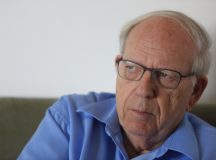 By Chaim Gans
Chaim Gans is a political philosopher and Professor of Law at Tel Aviv University. He... Read more > June 2018

Book Review | A Political Theory for the...

By Nahshon Perez
A Political Theory for the Jewish People is a fascinating book, offering a rich and... Read more > June 2018

Oslo25 | â€˜We must liberate our thinking from the Oslo...
By Hussein Agha

â€˜Balancing the liberal and the national was the genetic code...
By Dan Meridor

Against Solutionism, Against Nowism: For â€˜the Longer, Shorter Pathâ€™ |...
By Moshe Ya'alon

The jibe â€˜Progressive except for Palestine (PEP)â€™ is a cynical...
By Philip Mendes

â€˜What is your nation, if I may ask?â€™: Antisemitism and...
By Noga Emanuel