Book Review | A Political Theory for the Jewish People

by Nahshon Perez
BACK 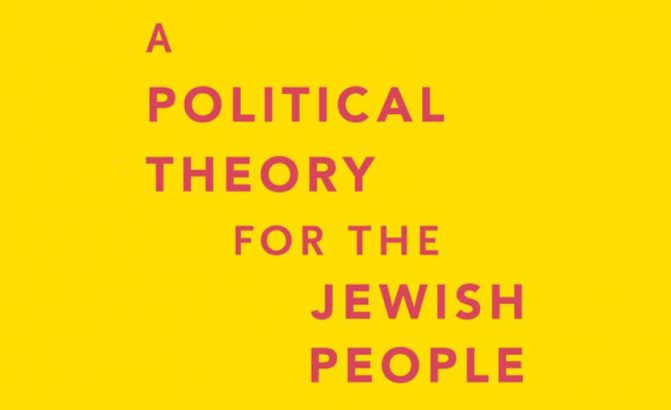 A Political Theory for the Jewish People is a fascinating book, offering a rich and nuanced discussion of competing versions of Zionist ideology. Gans is an experienced legal and political thinker, and his forte is the making of subtle analytical distinctions not made by other scholars, which often imply interesting normative conclusions. Reading the book requires much attention to those nuances, and even in places where the reader disagrees with Gans the disagreement always becomes more fertile and precise following its encounter with his argument.

After summarising the most important parts of the book, I mount two challenges to Gans’ argument: first, what I see as his self-defeating view of national self-determination, that is, a sub-statist version of this right; second, his assumption that a statist support of ‘nations’ is a welcomed idea, and a mission suited for states’ governments. However, my critical comments should be taken as an attempt to engage with Gans’ important project. The reader is strongly encouraged to read for herself or himself – and make up their own minds.

Gans argues for a version of national self-determination that is sub-statist; that is, the right to self-determination of each national group (Gans prefers ‘ethnocultural groups’) residing in a particular country would extend to a part of this country, not the country as a whole. This view stems from the commonsensical fact that very few modern states include only one national group; states that wish to treat their citizens with equal concern and respect should therefore allocate the right to self-determination, upon its political, cultural aspects, to all national groups within their borders equally. As applied to the Israel/Zionist case, this implies the adoption of a version of Zionism that Gans calls ‘egalitarian Zionism’. Gans’ view here follows his earlier formulation of this idea in his book Limits of Nationalism (2003). According to Gans, the sub-statist view of national self-determination is more egalitarian and better contributes to long-term stability. Note that ‘egalitarian Zionism’ applies to ‘Israel proper’, that is, within the 1967 Green Line, and applies even if a Palestinian state will be established in the West Bank and Gaza.

Gans compares the ‘egalitarian Zionist’ model with other models, of which the so-called (according to Gans) ‘hierarchical Zionism’ is the main rival. In this version, the right to national self-determination is understood in a statist manner, which means that the state favours one national group among those that reside within the state’s borders. This implies that while individual rights of all citizens will be equally kept and provided, the right to self-determination, understood as statist recognition of individuals’ national and/or collective affiliations, will not be distributed equally. This lack of equality is the main reason for Gans’ rejection of hierarchical Zionism in favour of egalitarian Zionism.

What shall we make of this vision for Israel’s future (and for any other state in which there are more than one national or similar groups)? Indeed, how should we evaluate Gans’ sub-statist view of national self-determination, translated in the Israeli context, to an ‘egalitarian Zionist’ scheme – roughly a state within the 1967 borders that offers strong group, collective or national rights to both Jews and Arabs?

Gans’ project is self-defeating in Derek Parfit’s definition, i.e. it is a case in which ‘a given school of thought believes that what needs to be done under certain conditions is X, yet X will cause their own aims to be worse achieved’. This is so because Gans argues that each person’s national belonging must receive state recognition, without which the result would be a severe setback to one’s interests. However, there is no reason to believe that this collective-based interest is limited to membership in national groups only. There are many groups in Israel (and other states), and the privilege provided by Gans to national groups seems puzzling; why such groups are granted strong group rights, but other groups do not?

This objection, raised by diverse authors from Brian Walker to Samuel Scheffler to Jeremy Waldron to Russel Hardin, still awaits a persuasive answer. Indeed, if the goal of Gans’ theory is to answer each and every collective based affiliation with state recognition, than the theory suggested does not fulfil this goal. Plus, as answering the interest of each individual in collective belonging is, according to Gans, conditional on state recognition, and as there are more groups than the two that would be recognised under Gans’ framework, the result would be self-defeating. Put otherwise, Gans eliminates one case of discrimination, but leaves many others perfectly intact.

Note that there are ways to avoid this problem: either by avoiding this strong view of the individual interest in being affiliated to one’s collective, or by waiving the assumption that state recognition is the only answer to this interest – this latter point leads me to my second point of critique.

Gans assumes that statist recognition and support of cultures, national groups and other collectives is a valuable goal, cherished and hoped for by members of such groups, and depriving this state recognition from some such groups is a harm for the members of such groups. This is an intuition that would puzzle many scholars writing on the problems associated with statist meddling with religion and culture. It is no accident that many of the scholars and political figures arguing for the separation of church and state advocated for separation from a perspective that wished to protect religion from the state. Indeed, state meddling with culture carries with it many risks for the ‘chosen’ culture(s), and waiving it would also solve the self-defeating feature noted above.

To conclude, if each individual could choose whether a given collective belonging or affiliation is important for her/him, and the fulfilment of this potential, continued interest in affiliation or belonging will not be conditional on state recognition, several favourable results will follow: state meddling with cultures is avoided, members will be free to join, leave, or develop such groups freely, equal citizenship for all will be maintained, and finally, the state will be unburdened from the need to recognise such groups – and from the need to offer rather shaky distinctions between groups, and why some such should be recognised and others should not. In such a way, a more fertile conversation on Jewish aspects of the state apparatus can develop, especially those connected to persecution (e.g. the Law of Return, which should be kept in some fashion) but without the heavy, unnecessary burden of expecting the state to fulfil roles it is ill equipped to answer.

* Fathom is running a series of pieces about A Political Theory for the Jewish People. See the in-depth discussion between Gans and Fathom editor Alan Johnson, a response to the book by Michael Walzer and a rejoinder to Walzer from Gans. We invite other responses.

By Michael Walzer
Fathom has invited a series of writers to respond to Chaim Gans’s A Political Theory... Read more > Spring 2017 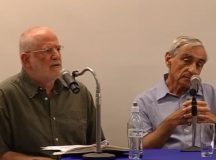 Response to Michael Walzer’s ‘On Chaim Gans on...