Book Review | Erdogan’s Empire: Turkey and the Politics of the Middle East

Soner Cagaptay is the director of the Turkish Research Programme at the Washington Institute for Near East Policy and has authored four volumes, scores of policy briefs and many reports about domestic and international Turkish politics. His latest book, Erdogan’s Empire: Turkey and the Politics of the Middle East, examines Turkey’s international trajectory under the leadership of the country’s current president and former prime minister Recep Tayyip Erdogan. It is a timely and recommended read.

Cagaptay contextualises the evolution of Turkish foreign policy over the past two decades. Throughout, Cagaptay explains how Erdogan, who he describes as the most consequential Turkish leader since the country’s founder and principal state-builder Mustafa Kemal Ataturk, uses the Ottoman past to legitimate his grandiose ambition to make Turkey a stand-alone great power.

Cagaptay shows that Erdogan’s conception of Turkey’s Ottoman heritage is more imagined than real. Cagaptay reminds us that Erdogan’s decision to pivot from the West and forge closer ties with Iran and groups who identify with the Muslim Brotherhood, while also advocating a pious domestic agenda, has little real historical basis. At times, the Ottomans embraced Western ideas and customs, which led to significant internal reform. Ottoman sultans struck friendships with European powers, at times even fought alongside them. And not all Sultans were pious teetotallers.

Since 2016, ‘Erdogan’s Empire’ has relied on the good graces of Russia to make inroads into the Caucuses and Central Asia. However, as Cagaptay observes, this contrasts with the Ottoman period when Moscow famously described the Ottoman Empire as the ‘sick man of Europe’ which it wanted to disembody. Cagaptay is also correct that despite the development of Turkish soft power through popular soap operas and economic engagements, many Arab states do not share Erdogan’s nostalgic memories of the Ottoman days of old.

Cagaptay is at his best when he details the nature of Turkey’s business links, political ties and infrastructural investments in places as far afield as sub-Saharan and East Africa, and Central Asia. His analysis is especially rich as he offers their historical context and current geo-political relevance. Particularly fascinating is Turkey’s ever-increasing involvement in the Red Sea where at play are the regional rivalries between the UAE, Egypt and the Gulf states on one side and Turkey and Qatar on the other.

Cagaptay also effectively explains the complexities of Turkey’s Kurdish policies, especially in light of the Obama Administration’s decision to arm the Syrian Kurdish People’s Protection Units (YPG) against ISIS. This upset many Turks because of the YPG’s strong links to the separatist Kurdistan Workers Party (PKK) whose war against the Turkish state since the 1980s has claimed the lives of an estimated 40,000 citizens. However, Cagaptay also recognises that by foot-dragging and raising obstacles, Ankara missed out on the opportunity to work with the US against ISIS.

Throughout the book Cagaptay avoids using the term ‘neo-Ottomanism’. While this might appear to be sensible – the term is under-defined and means vastly different things to different people – the term ‘Erdogan’s Empire’ is also problematic. It gives Erdogan too much credit and assumes he is a considered and strategic thinker. However, if anything Erdogan’s understanding of international affairs is basic, childlike and brash. Cagaptay is obliged to frequently refer to Ahmet Davutoglu, a one-time academic who became foreign minister and then prime minister, in order to explain the strategic underpinnings of Turkey’s international outlook until 2016.

Meanwhile, the volume only makes fleeting mentions of Abdullah Gul, a co-founder with Erdogan of the ruling Justice and Development Party (AKP) who served as Erdogan’s foreign minister (2003-2007) and President (2007-2014) who clearly had an influence over Turkey’s international outlook over the past two decades. There is also far too little about Erdogan’s formative years in the Islamist Welfare Party. Under the leadership of Necmettin Erbakan, a kind of mentor to Erdogan, Welfare saw power between 1995 and 1997. It advocated pan-Islamic solidarity, a stronger Turkish role in Middle Eastern affairs and harboured conspiratorial notions towards the US, Israel and international Jewry. After Welfare was ousted in a behind the scenes military intervention and later closed, Erdogan, Gul and others co-founded the AKP several years later.

The biggest development in Turkey in recent years was the 15 July 2016 coup attempt. The putschists were from a faction in the military loyal to Fetullah Gulen, an exiled Islamic preacher whose movement was once a bedfellow of the ruling AKP until they later fell out. Cagaptay’s account of Turkey’s drift from the West after the attempted coup could have been better explained.

Cagaptay notes that it took Western countries days if not weeks to condemn the coup attempt and show Erdogan solidarity; however, Russia’s condemnation was swift with Vladimir Putin being the first international leader to call Erdogan on 17 July (Obama didn’t pick up the phone until the 19th). Cagaptay asserts that this contributed to Erdogan’s suspicions of the West and the decision to forge stronger ties with Moscow. From the perceptive of the pro-Erdogan camp, the West abandoned Turkey during its time of need.

But in reality, the coup attempt was swiftly and sharply decried by the West. As the events were still unfolding President Obama pledged to ‘support the democratically elected government’ and US Secretary of State John Kerry called his Turkish counterpart Mevlut Cavusoglu to express America’s ‘absolute support’. NATO’s Secretary-General also called Cavusoglu in solidarity and Britain’s then foreign secretary Boris Johnson did likewise. Meanwhile, Germany’s chancellor Angela Merkel condemned the coup, commenting that it was ‘tragic that so many people paid for this coup attempt with their lives,’ while her foreign minister Frank-Walter Steinmeier said that he ‘sharply condemn all attempts to alter the democratic rule of law in Turkey through the use of violence’. Italy’s foreign minister Paolo Gentiloni spoke of his ‘relief’ that the coup failed.

However, the difference between the positions of Russia and the West was that the US, Europe and NATO expressed solidarity to the ruling government and the democratic process, which by extension included Erdogan. Moscow’s support was directed to Erdogan personally, which for an authoritarian politician was an important distinction.

Still, such bones of contentions notwithstanding, Cagaptay has authored a highly authoritative and accessible book on Turkish foreign policy. It offers deep insights into Turkey’s role in not just the Middle East but also beyond in central Asia, Africa, the caucus and the historical context of the evolution of Turkey’s foreign policy under Erdogan. 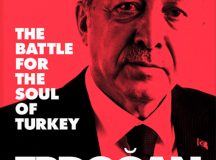 By Michael Sercan Daventry
When the US announced that it was pulling out of northeast Syria and Turkish forces... Read more > March 2020

By Shashank Joshi
Ties between the two countries will be repaired, but not restored anytime soon. Turkish Prime... Read more > March 2020 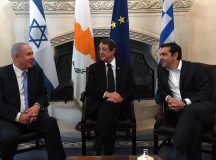 By Ezra Friedman
Ezra Friedman writes that the discovery of gas fields in the eastern Mediterranean has given... Read more > March 2020 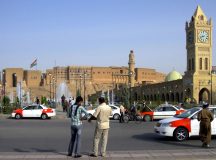 The Journey of the Kurds

By Gary Kent
The journey of Iraqi Kurdistan from dictatorship to democracy has been remarkable. Gary Kent reports... Read more > March 2020