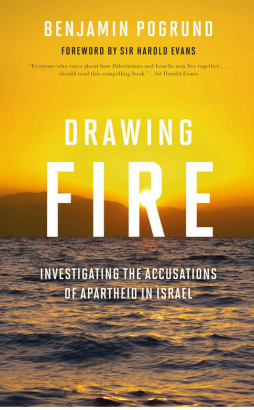 It is a feature of our times that certain aspects of what Israel has become ‚Äì notably its occupation of Palestine and its colonial-like domination of Palestinians who live in Palestinian territory ‚Äì have become for many critically minded people the central meaning of what Israel is. For those that subscribe to this way of thinking, contingent similarities between what Israel has become and the former apartheid state of South Africa have been translated into an essential identity. Certain contiguities between Israel and apartheid have shaded into what we might call the ‚Äòapartheid analogy‚Äô ‚Äì so much so that the chain of equivalence linking Israel and apartheid has come to form a hegemonic ideology in a diversity of ‚Äòleft‚Äô, ‚Äòliberal‚Äô and ‚Äòthird world‚Äô political circles.

In Nazi antisemitism ‚Äòthe Jew‚Äô was treated as the symbolic representation of all that is rotten in the modern world. In contemporary anti-Zionism we see a related phenomenon: ‚ÄòIsrael‚Äô, ‚ÄòZionism‚Äô and the ‚ÄòJewish state‚Äô are treated as symbolic representations of all that is illegitimate in the present-day international community. The apartheid analogy is based on the premise that the idea of ‚Äòapartheid‚Äô once fulfilled a similar symbolic function in the tail end of the colonial era. Apartheid was indeed the name of an overtly racist regime that deserved the opprobrium and isolation it received.

In the metonymic use of apartheid, Israel is not called by its own name or understood in its own right but rather through the name of something seemingly associated in meaning with it. This rhetorical device has in turn been converted through processes of slippage into the metaphoric use of ‚Äòapartheid‚Äô in order to designate the core being of Israel. The attempt to portray an equivalence between Israel and apartheid has been further pursued through the synecdoche in which the part ‚Äì say the shooting of Palestinian demonstrators by Israeli soldiers or land seizures and attacks on ordinary Palestinian civilians by Israeli settlers ‚Äì is taken for the whole and then analogised with apartheid.

The missing term in these ideologically charged slippages ‚Äì to use Ernesto Laclau‚Äôs language; from contingency to essence, from contiguity to analogy, from metonymy to metaphor, from distinction to equivalence ‚Äì is that of comparison. To simply say that the ‚ÄòJewish state‚Äô is like apartheid, or is apartheid, is no substitute for nuanced analysis that studies similarities and differences between the one and the other. Nor is it a substitute for drawing comparisons between other states (say Arab or Muslim states or indeed the British state) and apartheid, or conversely for drawing comparisons between Israel and other forms of state (say post-imperial nationalist states in interwar Europe or post-national states in contemporary Europe).

In place of comparison, a rhetorical method of choice for many is to contrast the actually existing state of Israel to an abstract idea of what the state ought to be and then to decree that it falls short. A common rhetoric these days is to say that the state ought to be cosmopolitan, ought to be universalistic, ought to be emptied of identitarian content, and that the ‚ÄòJewish democratic state‚Äô of Israel violates this idea. It is to say that nationalism ought to be civic without any ethnic content and that Israel and Zionism are anachronisms; archaic representations of all that obstructs the realisation of this contemporary ideal. By contrast, the comparative method would compare how well the ‚ÄòJewish democratic state‚Äô of Israel deals with its contradictory demands with how other states deal with theirs ‚Äì be they ‚ÄòArab‚Äô, ‚ÄòMuslim‚Äô, ‚ÄòBritish‚Äô or ‚ÄòHindu‚Äô. Apartheid was once treated as the symbolic representation of all that obstructed the ideals of decolonisation and national self-determination. The functional equivalence between such representations of Israel and apartheid lies in their power of delegitimation. Unable to create any genuine links, this ideology ends up with a form of catachresis that erroneously substitutes one term for the other.

In this rhetorical context it is timely to have a book that investigates accusations of apartheid in Israel with a certain distance and impartiality, with care and curiosity, without overwhelming ideological preconceptions. At its best this book succeeds in providing valuable empirical resources that will enable its readers to question the totalising and distorted representations of the Israel-Palestine conflict that the apartheid analogy requires. Benjamin Pogrund is an author of strong liberal credentials. In South Africa he was a well-known journalist for the Rand Daily Mail, who reported on the lives of Black people and on the sufferings apartheid caused them. He was gaoled and banned for a period of time and was a biographer of African National Congress (ANC) leaders such as Nelson Mandela and Robert Sobukwe. He has lived in Israel for over 17 years, established the Yakar Centre for Social Concern dedicated to fostering dialogue between Jews and Palestinians, and presents himself as empathising both with Israeli fears about annihilation and Palestinian cries for freedom. He defends Israel‚Äôs right to exist but is damning of the occupation of the West Bank and the expansion of settlements. On the other side, he acknowledges injustices committed in the displacement of Palestinians but is equally damning of nationalisms and fundamentalism that would expunge Israel from the map. In short, Pogrund inhabits the heartlands of a liberal Zionism that believes in dialogue, wishes to foster trust between Jews and Arabs, and with some equivocation advocates an ethos of non-violence.

Drawing Fire is at its most illuminating when it provides its readers with the information and argument that helps us understand the current conflict and the injustices to ordinary people that accompany it. One set of insights I draw from this book concerns the Palestinians. Their undoubted victimhood has sometimes been the unintended consequence of existential wars between the Jewish state and its neighbouring Arab states, in which it is difficult to lay the blame on one side or the other. They have suffered and continue to suffer not only from injustices committed by the Israeli state and sections of Israeli society but also from injustices committed by Arab states and sections of Arab societies. They have had a deeply equivocal experience of the policies and practices of their own political leaderships and for that matter of international organisations such as United Nations Relief and Works Agency (UNRWA). They are not a homogeneous collectivity defined by victimhood, but are, rather, in some cases relatively integrated in society, while in others locked into a dull, timeless stasis of separation, confinement and exclusion. They do not speak with a single voice but express a wide variety of political opinions and aspirations, some of which are nihilistic and antisemitic but equally some of which that are looking for an acceptable two-state solution to the conflict. They can be compared with but are not in an analogous position to Blacks in South Africa who were subjected as non-citizens and exploited as servile labourers as a matter of conscious state policy.

However, the most disturbing aspect of this book is that, in spite of the author‚Äôs own best intentions, he is clearly worried that the occupation and settlement of Palestine is leading toward a situation in which the apartheid analogy looks more persuasive. The growth of a militant and loud anti-Arab racism within both the Israeli polity and society is a product of occupation that does not justify the apartheid analogy but may feed it if we are not careful. There is plenty to chew on in this worthy book. 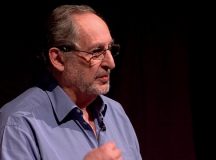 A new Tikva for all Israelis

By David Hirsh
In the first half of the 20th century, most Jews failed to find their way... Read more > Autumn 2014

By Alan Johnson
The cultural theorist Judith Butler has written what she intends as a critique of Zionism... Read more > Autumn 2014

Oslo25 | ‚ÄòWe must liberate our thinking from the Oslo...
By Hussein Agha

‚ÄòBalancing the liberal and the national was the genetic code...
By Dan Meridor

Against Solutionism, Against Nowism: For ‚Äòthe Longer, Shorter Path‚Äô |...
By Moshe Ya'alon

The jibe ‚ÄòProgressive except for Palestine (PEP)‚Äô is a cynical...
By Philip Mendes

‚ÄòWhat is your nation, if I may ask?‚Äô: Antisemitism and...
By Noga Emanuel