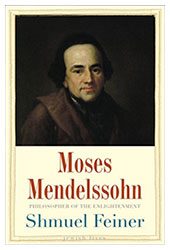 Mendelssohn’s resistance to social prejudice against Jews, even when it came from within the liberal enlightenment, speaks to us today.

Shmuel Feiner’s fine biography of Moses Mendelssohn shows us just how radical was the very ‘German’ moderation of this 18th century Jewish German philosopher. By rejecting the Faustian pact that Jews were supposed to enter, a pact that demanded abandonment of ‘harmful’ Jewish habits in return for equal rights, Mendelssohn (1729-1786) challenged the prejudices that affected not only opponents of Jewish emancipation, but also many of its liberal supporters.

Mendelssohn wrote at a time when the echo of old prejudices could still be heard even among those who presented themselves as emancipators of the Jews. In his writings he demonstrated in his own deeply religious way that ‘emancipation’ did not have to be attached to ‘the Jewish question’; that is, discourses that spoke of equal rights for Jews could be prised apart from discourses that spoke of the harm Jews caused to the host society.

When Moses Mendelssohn was approached in 1781 by representatives of the Jewish community of Alsace to intercede on their behalf in the wake of a wave of anti-Jewish incitement, he forwarded this request to a government official, Christian von Dohm, a leading non-Jewish member of the Berlin enlightenment. Dohm agreed and engaged in a major study of discrimination against Jews published under the title Über die Bürgerliche Verbesserun der Juden or Concerning the Improvement of the Civil Status of Jews. Dohm addressed the alleged incapacity of Jews to make any genuine contribution to society and explained it as the result of the discrimination to which they were subjected. He specified Jewish over-concentration in commerce, immoral trading, lack of general education, and physical weakness as the ill effects of discrimination, and he expressed the hope that more humane conditions would give rise to better human beings. ‘The Jew is more a man than a Jew,’ Dohm declared. His support for improvement in the civic status of Jews came in the wake of the first in a series of Edicts of Tolerance issued by the Emperor of the Austrian Empire, Joseph II, for the Jewish communities under his rule, as well as the publication of Gotthold Lessing’s Nathan the Wise. It seemed that new horizons were opening for Jewish life.

Mendelssohn responded to Dohm in 1782 and though he enthused that ‘the Rights of Man are beginning to be taken to heart’, he refused a simple optimism, noting that, ‘It is curious to observe how prejudice assumes the forms of all ages, on purpose to oppress us, and puts obstacles in the way of our civil admission.’ Indeed, what is surprising is the strength of Mendelssohn’s criticism of Dohm. He took exception to Dohm’s premise that Jews needed fundamental regeneration to make them worthy of equality. It seemed to him that in this respect, Dohm shared the same prejudices about Jews as those who opposed emancipation, including the notion that Jews had a propensity for deceit and manipulation and self-identified as a separate nation. Dohm would not countenance the entry of Jews into the Prussian civil service, for example.

Mendelssohn saw parallels between the prejudices of those who sought to transform Jews into Christians and those who wished to transform Jews into useful citizens. If in former times a distinction was made between Christians and Jews, now it was drawn between Germans and Jews, with the Jew positioned as ‘the stranger’. Whilst Dohm maintained that improvement in the civic status of Jews would improve the Jews, Mendelssohn responded that all special restrictions on Jews must be ended without demanding any changes in the behaviour of Jews in return. Whilst Dohm held that key aspects of the old order of Jewish legal ‘autonomy’ should be maintained, thus propping up the authority of the rabbinical leadership, including its powers of excommunication, Mendelssohn demanded the removal of all rabbinical powers to enforce religious discipline. Toleration, he argued, was a matter both of external policy toward Jews and of autonomous self-development among Jews themselves. If Jews were now accused of being unfit for full citizenship, albeit for reasons to do with the oppression they suffered – ‘They tie our hands, and scold us for not making use of them’ – well, the answer was simply to untie their hands.

Leading advocates of the liberal emancipation movement such as Dohm, were saturated with concerns about the ‘Jewish question’ and repeatedly succumbed to the temptation to justify emancipation in terms of overcoming the harm Jews inflicted on society. The ‘Jewish problem’, as Dohm saw it, was this:

The hard and oppressive conditions under which the Jews live almost everywhere would explain, although not justify, an even worse corruption than they actually can be accused of. It is very natural that these conditions cause the spirit of the Jew to lose the habit of noble feelings … debase him in his activities … choke every sense of honour in his heart.

Dohm considered three solutions: doing nothing, wiping Jews off the face of the earth, and making them better citizens of the world. Happily, he chose the third, but the harmfulness of the Jews was presupposed. His enlightenment credo was that emancipation would make Jews into worthy human beings. Mendelssohn, by contrast, insisted that emancipation of Jews from civic oppression was a right, not a transaction for which payment would be collected in the form of renouncing allegedly ‘Jewish’ bad habits.

For Mendelssohn, there was to be no compromise with prejudice against Jews or with the discriminatory legislation that imposed special occupational, fiscal, and residential restrictions on Jews across Europe. There was to be a decisive break with the old order in which Jews were organised in the manner of a caste; that is, with the designation of Jews as a separate ‘nation’ that had its own courts but was subject externally to social restrictions and internally to the communal power of Jewish religious elites. He believed that obedience to Jewish religious precepts should continue to bind all Jews not with ‘an iron rod’ but with ‘bonds of love’.

Mendelssohn insisted that the Haskalah, the Jewish enlightenment of the 18th century, was about the education and advancement of Jews, not about saving humanity from their allegedly noxious influence. While his resistance to social prejudice against Jews, even from within the liberal enlightenment, was based on a rational conception of Jewish religious law, his universalism retains a lively resonance in our own age. Mendelssohn, as this perceptive and readable biography shows, was not only a great Jewish philosopher but also a leading member of the international enlightenment movement. 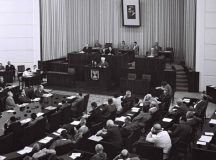 By Steven J. Zipperstein
'Had there been telephones back then,’ recalled a close aide years later, ‘Begin would never... Read more > Summer 2013 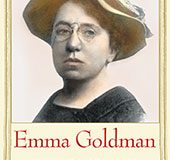 By Colin Shindler
In his autobiography, Chaim Weizmann commented that Theodor Herzl was ‘not of the people’ despite... Read more > Summer 2013