by Seth Anziska
BACK 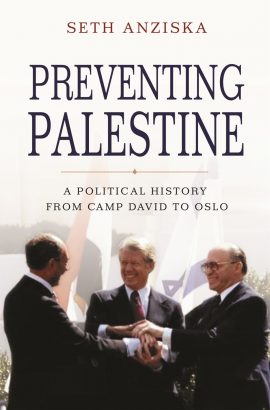 During an interview with a former Israeli legal advisor in 2012 while researching Preventing Palestine, my interlocutor responded to a question about the effect of a certain political position with resignation: ‘What one sees from here, one doesn’t see from there.’ This phrase has stuck in my mind ever since, a subtle testament to the power of historical analysis and the gap between those in formative decision-making roles and scholars trying to make sense of the past by weighing multiple and often conflicting perspectives. It was a rare and forthright admission by my interviewee, in stark contrast to self-serving narratives of historical actors who have an incentive to remember things in ways that serve personal and national interests. Joel Singer is exercised by my account of Camp David and its legacy. His own version of events offers another chance to interrogate the Oslo Accords and the wider question of Palestinian state prevention. Some of his gratuitous remarks I leave aside: they seem to reflect defensiveness that the received wisdom might be challenged by new research. But in his rush to promote an insider’s corrective, Singer’s critique in fact burnishes the very connections between Camp David, autonomy, and Oslo that Preventing Palestine seeks to trace.

My book makes the central claim that the architecture of the Camp David Accords and Menachem Begin’s autonomy plan for ‘Arab residents of Judea and Samaria’ undermined the possibility of meaningful sovereignty for Palestinians. As Singer himself noted in an earlier account for Fathom this fall, ‘Begin’s objective in devising the original autonomy plan in 1978 was to perpetuate Israeli rule over the WBG (West Bank and Gaza) without applying Israeli sovereignty to those areas and simultaneously allowing Jews to settle there freely.’[1] This took place at the very moment when Palestinian demands for self-determination were first being taken seriously on the global stage. The newly elected U.S. president Jimmy Carter talked openly of a Palestinian ‘homeland,’ even as statehood itself was never part of the diplomatic equation. While Yitzhak Rabin and Shimon Peres did indeed modify some aspects of Begin’s plan in their approach to the Oslo Accords, viewing it as a transitional arrangement, my argument is that the influence of this early effort was (and remains) instrumental in the persistence of Palestinian statelessness.

Of course any historian must be mindful of causality. As I explain in the book’s introduction, one needs to avoid the anachronistic temptation to ‘presume statist outcomes’ in the 1970s (I never suggest that ‘a Palestinian state should and could have been created in 1978’). Rather, I seek in Preventing Palestine to describe how ‘certain avenues for sovereignty were closed down’ between Camp David and Oslo. My point is that ‘the effect—if not the intent—has been the elision of a political solution for the Palestinians.’ Alongside developments on the ground—most crucially, the expansion of the settlements under the Likud and the decision to intervene in Lebanon in 1982—the Camp David process and subsequent events crippled diplomatic efforts in the 1990s, notably the Oslo Accords. Beyond the new empirical sources I have uncovered, the book is also making a claim about periodisation. Unlike the vast array of literature on the peace process which starts the story from 1993, or perhaps the Madrid and Washington talks just prior, I believe we need to look at the roots of Oslo in the context of the Egyptian-Israeli peace talks fifteen years earlier. The focus on the 1970s and 1980s is therefore intentional, an effort to correct the imbalance in how we think about the history of Israeli-Palestinian peacemaking.

From his review, and several recent interviews, Singer seems to agree with this linkage between Camp David and Oslo. In what can only be described as a further contribution to critical historiography on this period, he openly admits that his own role as the representative of the Israeli army in the Begin autonomy negotiations shaped his approach to his work with Rabin on the Oslo Accords. ‘I attempted many times, but unsuccessfully,’ Singer tells us, ‘to convince him and his advisers to expand the scope of the Palestinian autonomy.’ Yet he also questions the very efficacy of autonomy itself. ‘Was the autonomy idea a good idea?’ Singer told one interviewer, ‘Maybe we should have jumped immediately to a state.’ He muses about the security risks of acceding to statehood, reminding us how Begin’s approach served as a useful constraint:

It’s much more difficult to invade a sovereign state than go back to an area where you retain your overall security authority, which is what we did in Oslo and I didn’t invent it, I mean, I just wrote it. That is the essence of autonomy…the only question was the scope of the autonomy. Wide autonomy? Narrow autonomy? Only dealing with the sewage and trash collection? Or also getting wider authority? But either way, when you put the Likud here and the Labour there, everyone supported autonomy, just with a different scope. Is it a good idea? No. Is there a better idea? I don’t think so.[2]

These were some of the core reasons the PLO and Egypt were so adamantly opposed to the autonomy proposal. They recognised that the outcome would preclude meaningful sovereignty. At the same time, there were benefits for Egypt and Israel from the bilateral peace treaty of 1979, and for the United States as well. Camp David neutralised the military threat to Israel from the southwest, and the return of the Sinai Peninsula relieved pressure on any withdrawal from the rest of the territories occupied in 1967. The cumulative impact for the Palestinian dimension of these negotiations, however, was undoubtedly crippling. This was not, as Singer asserts, a simple reflection ‘that the parties were not able at those points in time to reach agreement on Palestinian statehood, and autonomy appeared to all parties an acceptable, interim compromise.’ He might rather pay attention to the words of Israel’s lead negotiator during the autonomy negotiations, the Minister of Interior Josef Burg, who told one confidant that the mere existence of the talks was a mechanism for ‘shooting the dog’ of Palestinian autonomy.[3] Sifting through thousands of pages of archival sources helped me understand Israeli agency in securing a non-statist outcome, one crucial piece of a complex and multifaceted puzzle that underscores why statelessness persists, often by intentional design.

Many other dimensions of this story are worthy of discussion, and Preventing Palestine tackles them in kind, casting a wide net and accounting for American, Egyptian, Palestinian and domestic perspectives. Singer, however, gives us ample opportunity to reflect on the adverse role of narrow Israeli legalistic approaches in this story over the last four decades. No amount of exuberant firsthand reflection can mitigate the damage set in motion by the promotion of limited autonomy and the physical expansion of settlements, a reality underscored by the revival of Begin’s ideas across the Israeli political spectrum today. Certainly, what one can see from here might not have been visible from there, but the tenor of Singer’s reaction suggests an inability to connect the dots and discern his own role in helping cement this reality. In this Shakespearean tragedy, perhaps it is the lawyer who doth protest too much. 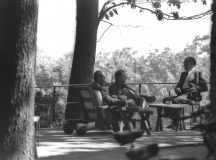 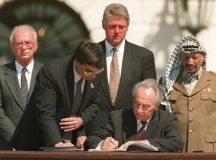 By Joel Singer
Joel Singer was the Israeli delegation’s legal adviser to the Oslo talks. A confidant of... Read more > February 2019 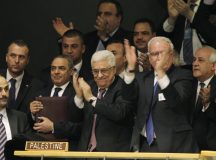 Oslo25 | ‘We must liberate our thinking from... 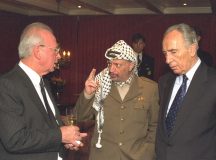 Oslo25 | Israel and the Middle East after...

By Yair Hirschfeld
Yair Hirschfeld was one of two Israeli academics (alongside the late Ron Pundak) who began... Read more > February 2019