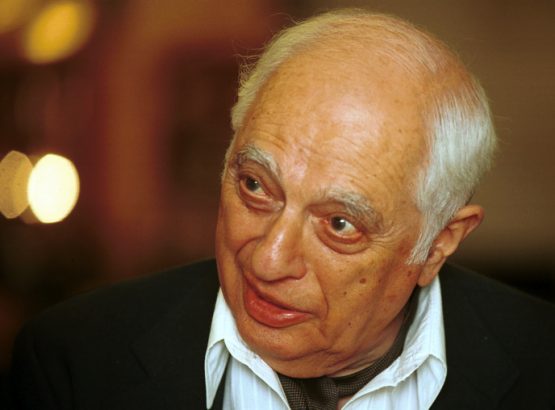 Asher Susser is senior fellow and former director of the Moshe Dayan Center for Middle Eastern Studies at Tel Aviv University and the author or editor of eight books on the politics of the Middle East. In this appreciation of the life and work of the historian Bernard Lewis, Susser argues that it is Lewis’s riveting of our attention to cultural difference, rather than Edward Said’s claim that to recognise the otherness of the other is ‘politically incorrect’, or even racist, that is the best guide to Western intervention in the Middle East. Little wonder then that contrary to the myth, near-universally held and given new life in recent days, Lewis advised against the 2003 invasion of Iraq.

With the passing of Bernard Lewis, the world has sadly lost the greatest Middle East historian of the modern era. Lewis died on 19 May just a few days short of his 102nd birthday. The inordinate wealth of scholarship that Lewis produced in well over half a century of active academic life has enriched the field like no other and was blessed with a uniquely sweeping paradigmatic brilliance. His observations were not offered as predictions. They were his astute and learned analyses, but they were amazingly prescient in their understanding of the in-depth processes and social and political undercurrents of the Middle East and the Arab and Muslim world of our times.

Lewis was human and fallible, but with astounding consistency his words of wisdom explained the unfolding realities of the region, set in the context of his unmatched historical and linguistic erudition. Lewis was a master of incisive and insightful interpretation. He could give meaning to events in an analysis, invariably ahead of its time, that penetrated way beyond the superficial contours of the moment.

In the early 1960s, Arab nationalism in its Nasserist formulation, though past its prime, still reigned supreme in the Arab world. Lewis, however, pointed to its inherent fragility when he noted that the ‘introduction of the secular heresy of nationalism, of collective self-worship, is the best founded and least mentioned of the many grievances of the Middle East against the West’.[1] This came long before the vulnerability of secular nationalism had been noticed by the elites of the Middle East or by outside observers, who continued to believe that Arab nationalism was the essential wave of the future.

A little more than a decade later, on the post-1967 ruins of Arab nationalism, Lewis published his trailblazing essay in Commentary on the ‘Return of Islam,’ well before the revolution in Iran and long before it became fashionable to speak of Islamic fundamentalism, or Islamism and Islamic politics. To ‘understand anything at all about what is happening in the Muslim world at the present time and what has happened in the past, there are two essential points which need to be grasped. One is the universality of religion as a factor in the lives of the Muslim peoples, and the other is its centrality’.[2]

As religious sentiment and identity took a stronger hold of Middle Eastern societies, but when Middle Eastern states still looked strong and stable in the hands of the Saddams, the Assads and the Mubaraks of the region, in the late 1980s Lewis pointed to the intrinsic weaknesses of the Middle Eastern nation states. Referring to the ‘kaleidoscopic ethnic diversity and deep communal loyalties of the Islamic world,’ he observed that amid the ‘fearful strains and stresses of our time, it is clear — and not surprising — that the older and deeper loyalties are stirring beneath the cracking surface of the modern nation states.’[3]

Shortly thereafter, in 1990, Lewis wrote on ‘The Roots of Muslim Rage’ discussing not just the rise of Islam, but the rage and the fury of a civilisation in retreat and its potential for vengeful violence against the West. He noted that the instinct of the Muslim masses was not false ‘in attributing the disruption of their old way of life to the impact of Western domination, Western influence, or Western precept and example. And since the United States is the legitimate heir of European civilisation and the recognised and unchallenged leader of the West, the United States has inherited the resulting grievances and become the focus for the pent-up hate and anger.’[4] Needless to say, this was more than an ominous warning years ahead of 9/11 and the bombing of the Twin Towers and the emergence of the likes of al-Qaida and ISIS.

At the turn of the 21st century after 9/11 and in the midst of the Second Intifada, Lewis concluded his best-selling What Went Wrong? with the following:

If the peoples of the Middle East continue on their present path, the suicide bomber may become a metaphor for the whole region, and there will be no escape from a downward spiral of hate and spite, rage and self-pity, poverty and oppression, culminating sooner or later in yet another alien domination; perhaps from some new Europe reverting to old ways, perhaps from a resurgent Russia, perhaps from some new, expanding superpower in the East.[5]

As the region hurtled from crisis to crisis, and Syria lay in ruins after seven years of brutal civil war and the killing of 700 thousand Syrians, Syria has also become the centerpiece of a resurgent Russia’s Middle Eastern deployment. Lewis’s words appeared yet again to be astonishingly prophetic.

Some, of course, would ask about Lewis and the 2003 war in Iraq and its negative regional fallout. Indeed, what about Iraq? Stories abound of Lewis’s influence on the US administration’s decision to invade Iraq and overthrow Saddam. According to Lewis his ‘role in policy making was, at most, minimal.’ The exaggeration of this in some of the media ‘was absurd’.[6] He did have a relationship with Vice President Cheney, whom he had met a few times, and the invasion of Iraq in 2003 was ascribed by some to his influence with Cheney. ‘But the reverse is true,’ he says, ‘I did not recommend it. On the contrary, I opposed it.’[7]

Lewis’s observations on the centrality of religion in the lives of Muslim peoples were not rooted in an essentialism nor exceptionalism, as his detractors argued. They were, in fact, an empathetic recognition of the other, fueled by the liberal-minded belief in the inherent right of the other to be different. Lewis rejected false universalisms in favor of the mastery of the particular and the unique in the historical and cultural undercurrents that made societies, all societies, what they were. Lewis believed that culture mattered and that the otherness of the other ought to be recognised and understood, rather than denied.

Edward Said famously argued against the ‘notion that there are geographical spaces with indigenous, radically “different” inhabitants who can be defined on the basis of some religion, culture, or racial essence proper to that geographical space.’[8] The penetration of this ‘Saidism’ into academe and the media, of this reticence to recognise the otherness of the other, and to actually disqualify as ‘politically incorrect’ or even as racist the suggestion that culture matters and that the other is indeed different, has led, perhaps more than any other single factor, to the profound misunderstanding and misinterpretation of the contemporary Middle East.

This was especially evident most recently during the so called ‘Arab Spring,’ a misnomer if there ever was one, not surprisingly coined in the corridors of US academe. Many Western scholars and analysts interpreted the initial phase of the revolutionary events through the prism of their false universalisms arguing that the Middle East was now finally embarking on its triumphant march towards the overthrow of dictatorship and the removal of ‘presidents for life.’ These analyses had hardly been printed when they were overtaken by the events of the real world — the political victories of the Islamists in some states, and the sectarian and tribal breakdowns in others, precisely the impending developments that Lewis had observed a generation before.

According to conventional wisdom all people are replaceable. Bernard Lewis is not. He was an intellectual giant, one of a kind and a great loss to the field. He will be sorely missed by all those who had the privilege of knowing him and of benefitting from this boundless fountain of knowledge.

By Asher Susser
The Arab defeat in 1967 shattered the image of pan-Arabism as a vehicle of Arab... Read more > May 2018 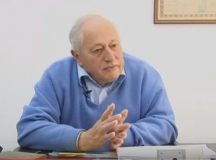 By Asher Susser
It is 100 years since the signing of the Sykes-Picot Agreement – the division of... Read more > May 2018

By Asher Susser
Alan Johnson: There have been three military operations in Gaza since 2008. Not just Israelis... Read more > May 2018