Fathom > Article > Sykes and Picot ignored the sectarianism of the Middle East, and we are still paying the price

Sykes and Picot ignored the sectarianism of the Middle East, and we are still paying the price 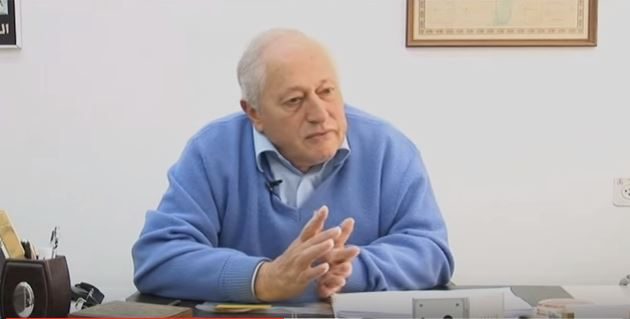 It is 100 years since the signing of the Sykes-Picot Agreement – the division of the territory of the Ottoman Empire into states overseen by Britain and France. What is the legacy of the agreement for today’s Middle East? Fathom’s editorial assistant Simon Smith spoke with Professor Asher Susser, the Stanley and Ilene Gold Senior Fellow at the Moshe Dayan Center for Middle Eastern Studies at Tel Aviv University. Susser believes that the underlying assumption of Sykes-Picot, that Western-style secular nationalism would override sectarian identities, was the biggest mistake in Western thinking about the Middle East in the 20th century. And mostly, it still is, as the invasion of Iraq demonstrated.

Simon Smith: What do you think were the intentions of Sykes and Picot in 1916?

Asher Susser: After the First World War, European powers no longer had an interest in preserving the territorial integrity of the Ottoman Empire. They decided to carve it up into spheres of influence, but they had two very different perceptions of what the Middle East was. Britain believed in Arab nationalism as a future ally of the British imperial presence in the Middle East. The British saw the Middle East as ‘the Arab world’: one single, united strategic zone straddling the passage to India, to be governed by Arab nationalism. The French did not. They saw Arab nationalism as a threat, particularly to their main possession – Algeria. They saw it as a vehicle for British influence. Moreover, they believed that the Middle East was a mosaic of minorities, not ‘the Arab world’. With hindsight the French were more accurate than the British. The French wanted to secure their Levantine alliances, particularly the Maronites, mainly for French economic reasons, for French imperial grandeur, and saw the Levant as a protective zone against Arab nationalist infiltration into North Africa.

Palestine was an area where both the British and the French had interests. However, the British were militarily very strong in the Middle East when the First World War ended – they occupied the Ottoman Arab territories. The French, by contrast, had very few forces in the Middle East; so for the French to take over their spheres of influence – Lebanon and Syria – the British had to actually open the gates for them; which the British did, albeit at a price. The price was that the Eastern part of Syria would become northern Iraq, which the British wanted as an added protection for their Iraqi possessions in the Persian Gulf. Palestine became entirely British, which became very important for the fortunes of the Balfour Declaration and the Zionist project.

SS: What have been the most lasting and fateful legacies for the Middle East, and for the West, of the Sykes-Picot agreement?

AS: The Sykes-Picot agreement became the foundation for a significant part of the Arab state system. As I say, the British believed that Arab nationalism would be a lasting phenomenon and that it would override sectarian and religious differences. They didn’t think much of creating a state like Iraq in the name of Arabism. So what if 50 per cent of the population were Shia and Shiites never identified with Arab nationalism, seeing it as a vehicle for Sunni domination. In Iraq, 75 per cent of the population do not believe in Arab nationalism; 50 per cent are Shia and the 25 per cent are Kurds, who are not Arabs at all. This is why Elie Kedourie, the great Jewish-Iraqi historian, called Iraq a ‘make-believe kingdom’. Well, that make-believe kingdom has now disintegrated.

The underlying assumption that Western-style secular nationalism would override sectarian identities is probably the biggest flaw of the Western vision of the Middle East in the 20th century. For much of the 20th century it looked like they had it right actually; Arab nationalism was the dominant ideology, an Arab state system was established, there was the Arab League and people referred to the Middle East as if it were ‘the Arab world’ without thinking twice. Today, if we look at the region, those factors have disappeared. Arab nationalism is a lost cause. The Arab state is, in many cases, falling apart. The 21st century is the undoing of the underlying assumptions that brought Sykes-Picot and the Arab state system into being. This is definitely true in that part of the Middle East that we would call the Mashriq – countries like Syria and Iraq, which were the key components of the Arab east, are now falling apart and other countries, like Lebanon and Jordan, which were supposed to have fallen apart a long time ago, have not.

Why are Lebanon and Jordan still in one piece, while Syria and Iraq are not? Lebanon has survived because it was never created in the name of Arab nationalism. Lebanon was always a confederacy of minorities and was created as such by the French, according to the French belief that the Middle East was a mosaic of minorities. The political system was called confessionalism, in which political power was divided according to the relative weight of the religious communities. It has been altered over the years slightly – and perhaps the great weakness of the Lebanese system is that it is not quite clear how you alter the weight as demography changes – but nevertheless they did not overlook sectarianism. In Syria and Iraq, sectarian politics dominated under the surface. This is how the Alawites eventually came to power in Syria, and the Sunnis in Iraq – until they were eventually overthrown.

AS: The way the West initially understood the Arab Spring was an indication that they had not yet learnt the lessons of the past. The American invasion of Iraq is probably the most extreme example of how the Americans did not understand sectarian politics. One word epitomises the whole story: ‘de-Ba’athification’. De-Ba’athification is, in the American mind, the equivalent of de-Nazification and they thought that just as they defeated Germany in the Second World War and created a democracy after de-Nazification, then after defeating Iraq, de-Ba’athification would usher in a democracy. The underlying assumption was that Iraq is a society of individuals and once you overthrow the dictator the individuals will organise in political parties and a pluralist political system will emerge.

But Iraq is not a society of individuals. In Iraq, like most Middle Eastern societies, people belong to groups: families, extended families, sects and tribes. This has been so for centuries and to a large degree still is so, because secular Arab nationalism failed to override and to supersede these sectarian identities. So de-Ba’athification in practice meant dismantling the Ba’ath party, which was the machinery for Sunni Muslim control of Iraq. It was the machinery that the Sunnis employed to suppress the Shias and the Kurds. De-Ba’athification meant disempowerment of the Sunnis and enthroning the Shias. This is not what the Americans intended – handing Iraq over to Iran as a sphere of Shia, changing the regional balance of power between Sunnis and Shiites, enhancing Iranian hegemonic ambition and achievement, creating a ‘Shia Crescent’ as King Abdullah of Jordan called it. This is an example of the West failing to understand the more profound undercurrents of Middle Eastern society.

As time has elapsed and the Arab Spring has become a little clearer, people are beginning to understand that sectarian politics is much more important than they initially believed. There are some people who, in the name of political correctness, still don’t like the portrayal of Middle Eastern politics as sectarian and so they would rather say that politicians are using sectarian rhetoric as a means of political mobilisation. Well, I would argue that you couldn’t do that in a society that is not sectarian. If people don’t believe in their sectarian identities, you can’t hijack people through their sectarianism.

SS: Can the state system that Sykes-Picot created be held together and should the West even try to hold it together? Is there a better alternative?

AS: What may possibly emerge is some kind of combination between the nation state and the old Ottoman order; that is, the political recognition of religious groups as components of political society. As I say, these are not societies of individuals that all compete as individuals, but societies of groups in which the relative weight and power of the groups has to be recognised and a social contract must be created on the basis of this understanding.

Syria seems to be going in that direction. People will eventually become exhausted by war and the war will end or peter out – a certain reality will be in place when it does. What seems to be emerging now thanks to the Russian and Iranian intervention is a division between the Alawite Western parts of Syria, including all four major cities (Aleppo, Homs, Hama and Damascus), while ISIS has Raqqa and Deir ez-Zor, on the margins. Syria may well be divided into these two sectarian areas, while the Kurds will have their own autonomous area. A system is beginning to emerge which is showing recognition of sectarian identities and political rights.

Yes, pluralism is a possible component of this new more federative state order, but it will be the pluralism of groups, not a pluralism of individuals. However these states reform themselves, they will have to show a greater recognition of the sectarian makeup of Middle Eastern societies. Trying to override this sectarianism, and to create Middle Eastern structures modelled on Western secular nationalism, has not worked. 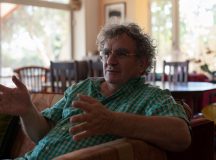 By Israel Bartal
Shlomo Sand’s political treatise, The Invention of the Land of Israel, is another link in... Read more > Article Summer 2016 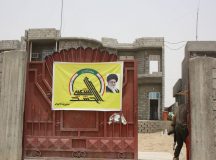