Fathom > Autumn 2017 > After ISIS Symposium: Why ISIS will survive the loss of its ‘Islamic State’ | Aymenn al-Tamimi

After ISIS Symposium: Why ISIS will survive the loss of its ‘Islamic State’ | Aymenn al-Tamimi

by Aymenn al-Tamimi
BACK

Aymenn al-Tamimi argues that whilst ISIS is no longer expanding (tatamaddad) its territory, it has been preparing for the fall of its Caliphate by utilising its ‘fallback’ from cities in Iraq and Syria as mini-tests for how it can remain (baqiya) after its military defeat. This was originally published on 16 May 2017.

The Arabic word baqiya (remaining) is one of the most common adjectives associated with the Islamic State, dating back to its earliest incarnation that claimed to be a state: namely, the Islamic State of Iraq (ISI). Once ISI officially expanded into Syria under the name of the Islamic State in Iraq and al-Sham (ISIS) and began seriously controlling and administering territory, the additional claim of ‘expanding’ was soon tagged on to the organisation’s unofficial slogan, thus baqiya wa tatamaddad. Indeed, with the capture of Mosul and other major towns and cities in Iraq and Syria, the claim to be remaining and expanding was not without merit, especially following the declaration of the Caliphate and spread of the Islamic State franchise into multiple other countries throughout the region.

Today, we no longer speak of the Islamic State as expanding, but rather debate whether it will survive as it comes under increasing pressure on the main fronts in Iraq and Syria but also abroad: thus, in Libya, which was often assumed to be the ‘fallback’ option for the Islamic State, the organisation’s affiliates no longer control any towns in the country.

Given that the Islamic State is now contracting, will any of it ultimately remain? Some of the Islamic State’s messaging has been devoted to this very topic, and predictably argues against the idea that loss of territory means the end of the Caliphate project. For example, in Tel Afar in northern Iraq, an Islamic State publication entitled ‘Caliphate will not vanish’ was distributed as the Coalition campaign to retake Mosul began. The work argues that ‘many have forgotten that the Islamic State is not a state of land and geographic spaces, but rather the goal from it is to spread true Islam and restore jihad to the Ummah [global Muslim community] after decades of humiliation and degradation’.

The piece goes on to quote a familiar line from the last recorded speech by Islamic State spokesman Abu Muhammad al-Adnani in May 2016, in which he drew attention to the precedent of ISI’s losses and the retreat into the ‘desert’ in the 2007-2009 period. ‘Defeat,’ argued Adnani, ‘is the loss of the will and desire to fight. You will be victorious, America, and the mujahideen will be defeated only if you can remove the Qur’an from the hearts of the mujahideen’.

Nonetheless, presumptions that the Islamic State will vanish with territorial defeat are naïve. While Adnani’s reference to the desert may seem vague, there are certainly large desert spaces in the border areas between Iraq and Syria (e.g. the Anbar-Deir az-Zor areas) where the Islamic State’s remaining core leadership can operate and manoeuvre even if it loses all towns under its control. Prospects of the Coalition or others clearing out and securing these vast spaces remain very remote, and they thus constitute the true ‘fallback’ for the Islamic State.

As far as the nature of operations is concerned, we already have models for what ‘post-Islamic State’ looks like, which suggests the organisation will not die with loss of territory. In Iraq’s eastern province of Diyala, for instance, the Islamic State has not controlled any towns for more than two years, yet there are constant reports of sleeper cells and security incidents like IED attacks, car bombings and attacks on security positions, with some areas having to be cleared out multiple times. In this case, there is no doubt that the Islamic State partly plays on sectarian fault lines in the province, undermining the Iranian-backed Badr-led security order.

Beyond Diyala, reports are emerging of the ‘return’ of the Islamic State to areas where the organisation had lost territorial control such as Tikrit. Many of the problems here stem from general plagues in Iraq’s present-day order that transcend sectarian boundaries, such as poor management of security checkpoints that allow would-be Islamic State bombers to pass through as well as widespread corruption, which might, for instance, allow real Islamic State operatives to escape from detention through bribing the local security forces. Though the Islamic State has recruited people from all over the world, personnel records recovered in Iraq show the organisation within that country remains thoroughly local in its manpower base, allowing personnel to blend into the population.

Likewise, in Syria, the Islamic State has demonstrated a capacity to conduct operations deep inside the territories of its enemies, whether in the Syrian coastal regions controlled by the Assad regime, Turkish-backed rebel-held areas in north Aleppo countryside, and Kurdish-held territories spanning much of the northeast of the country (with the latter two areas constituting places from which the Islamic State lost territory). Many of the reasons for the persistence of these operations overlap with the problems in Iraq: sectarian and ethnic tensions, vast manoeuvring space, control of territories for extended periods of time that allowed for recruitment from local populations, proliferation of militia factions and the like. 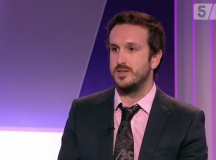 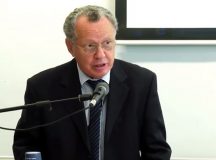 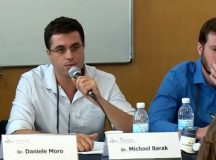 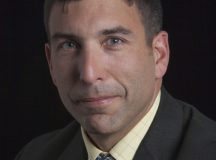