Fathom > Article > When Discourse about Israel Becomes Antisemitic: A Guide for the Perplexed

When Discourse about Israel Becomes Antisemitic: A Guide for the Perplexed

by Cary Nelson and Michael Saenger
BACK 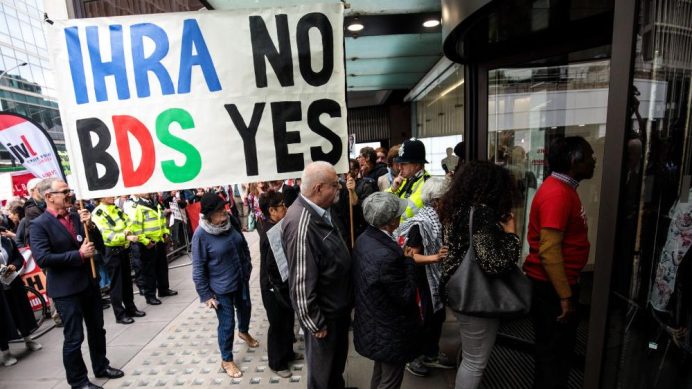 Any nation can and should be criticised, both by those who live within its borders and those who do not.[1] But heated debates for years have raged over whether and when attacks on Israeli history and national policy actually falsify that history or so misrepresent Israeli policies that they cross a line from reasoned political critique to demonisation and antisemitism. This debate sometimes takes binary form, with some acting as if no criticism of Israel is ever antisemitic, and others behaving as if all criticism of Israel is antisemitic (though the latter belief has waned in public forums). We believe matters can be clarified by supplementing the International Holocaust Remembrance Alliance’s (IHRA) influential list of general examples of extreme anti-Zionism with more specific examples of current accusations.

One example of the debate’s binary character is represented by the circulation of the term “whataboutism.” It often serves to dismiss any attempt to contextualise criticism of Israel with comparisons to other countries. On the one hand, “whataboutism” is used to invalidate legitimate complaints about Israeli policy by referencing other, harsher regimes. On the other hand, “whataboutism” is also used to invalidate any comparisons between Israel and other countries, even though such comparisons are normal and necessary practice for international political science.

We need a standard that can help us identify antisemitic bias in articles, books and public statements about the Jewish state. While such a metric will never be perfect or offer definitive guidance, it can demonstrate that antisemitic anti-Zionism is a prejudice with definable characteristics linked to specific arguments. In what follows, we identify common forms of antisemitic bias featured in discussions of Israel. Like the IHRA working definition of antisemitism, we define bias against Jews not as an animus in individual psyches, but rather as the effect of distinct conceptual distortions.

While the examples dealing with Israel are the most contested feature of the IHRA working definition, that document is primarily designed to identify resulting antisemitism in the wider world, whereas we target the perception of Israel itself. IHRA is focused in part on how biased characterisations of Israel are weaponised against Jews worldwide, whereas we limit ourselves to addressing the claims and strategies embodied in hostile characterisations of Israel.

IHRA’s examples are articulated at a relatively high level of abstraction and generality. The aim is to sustain their validity over the long haul. We have sought instead to specify unwarranted attacks on Israel circulating today. Moreover, several years have passed since the IHRA issued the Working Definition, still more years since the European Union Monitoring Centre on Racism and Xenophobia (EUMC) issued the earlier version. These are years in which anti-Zionism has been hard at work, seeking new and more aggressive ways of demonising the Jewish state. Here is a partial list of current accusations against Israel that we believe cross the line into antisemitism:

* Promoting the false notion that Jews are not originally from the land that is now Israel.

– Qualification: it is legitimate to debate the degree of cultural mixture among various populations of Jews, including the Mizrahi, Ashkenazi and Sephardi.

* Representing Zionism as a fundamentally racist political project at its origin and throughout its history, ignoring its establishment as a movement for national liberation and self-determination.

* Claiming that Israel is the premier modern instance of settler-colonialism, while ignoring far more significant historical examples like the settlement of the Americas whose consequences persist today.

– Qualification: it is legitimate to discuss the complex history of Jews living in the Ottoman Empire, as well as European Jews who sometimes characterised Zionism in colonial terms.

* Representing violence associated with the creation of Israel as unilateral and disproportionately hateful compared to other wars for independence (Greece, US, Canada, India, Balkans, etc.)

* Falsifying Israeli history by deleting events like the invasion of Israel mounted by five Arab states in 1948 or Jordanian sovereignty over the West Bank and Egypt’s over Gaza prior to the Six-Day War.

* Classifying all the population transfers of the period before, during, and immediately after Israel’s war of independence as “ethnic cleansing,” despite the millions of Europeans transferred during and after World War II not so designated.

* Pretending that Israelis have no historical warrant for identifying Jerusalem as their capital.

* Portraying Israel as particularly, even uniquely, responsible for political forces and problems that are demonstrably global.

– Examples include ultra-nationalism and religious nationalism.

* Blaming Israel exclusively for conflicts in Gaza, while discounting Hamas’s role in initiating them with rocket barrages.

* Misrepresenting all progressive features of Israeli society as deceptive efforts to distract from or cover up Israeli crimes.

– Such as Israel’s LGBTQ+ friendly culture and policies that are routinely disparaged as ‘pinkwashing’.

* Pretending that religious freedom does not exist in Israel.

* Insisting that Israel within its pre-1967 borders is an apartheid and undemocratic state.

* Placing sole responsibility for the failure of peace negotiations on Israel despite repeated Palestinian rejection of offers that were on the table.

* Characterising conventional military uniforms, equipment ,and training as particularly devious, cruel, menacing, or inhuman when the military is Israeli.

* Discriminating against the Hebrew language and Hebrew publishing by boycotting them, or disrupting theatrical or cultural performances in that language.

* Invoking Israel’s conduct to justify violence against Jews in Israel or worldwide.

* Blaming all Israelis for the policies of their government.

* Supporting the UN’s selective investigation of and enforcement actions against Israel.

* Claiming that Israeli government actions or policies are equivalent to or worse than those of Nazi Germany.

* Arguing that Israeli laws are equal to or worse than those in apartheid South Africa.

* Asserting that Israel invokes the Holocaust to justify lethal violence against Palestinians.

* Claiming that Israel deprives Palestinian children of nourishment to stunt their growth.

* Claiming that Israel’s occupation of the West Bank is genocidal or the world’s single greatest crime against humanity.

* Maintaining that Israel’s problems cannot be solved without the elimination of the Jewish state.

* Inventing malicious and even absurd accusations against Israel, for example:

There are innumerable potentially valid complaints that can be made about Israel or any other democratic county. Such criticism, moreover, can be forcefully stated without embracing what amounts to an eliminationist and thus antisemitic anti-Zionism. Efforts to replace IHRA have unfortunately failed that test. In seeking to articulate general principles to empower criticism of Israel’s policies and practices alone, rather than principles applicable to all countries, they have ended up offering opportunities to radical anti-Zionism.

As governments and policies change, some, though by no means all, of the relevant issues raised above will change with them. Yet many of the antisemitic claims above will persist, even as new ones will no doubt emerge. We have enumerated some of the ways severe critiques of Israel are driven by the world’s oldest hatred. Indeed, some of the antisemitic tropes identified above may well owe more to medieval and modern stereotypes of the narrow-minded, sinister, and soulless Jew than to any purported reality. Such enduring antisemitism must be called out and resisted. We must do so not only to combat anti-Zionist antisemitism but also to better preserve the terrain of warranted critique of Israeli government policy. While some evidently find it emotionally gratifying to promulgate unsupportable accusations, such distortions tend to discredit rational critique, and render prospects for progress more remote.

[1] Thanks to Paula Treichler and to the members of the Alliance for Academic Freedom Executive Committee for their suggestions. 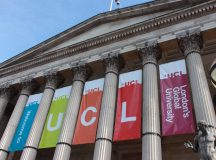 By Cary Nelson
For twenty years Cary Nelson was part of the elected leadership of the American Association... Read more > Article 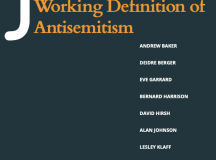 By Fathom Editors
Fathom has published a new eBook about the IHRA Working Definition of Antisemitism, which you... Read more > Article 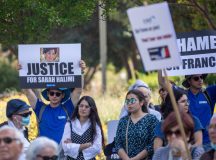 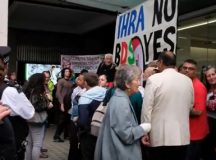 In Defence of the IHRA Definition

By Bernard Harrison and Lesley Klaff
Correction: In an earlier version of this article, the authors claimed that Sir Stephen Sedley,... Read more > Article