by John Levy
BACK 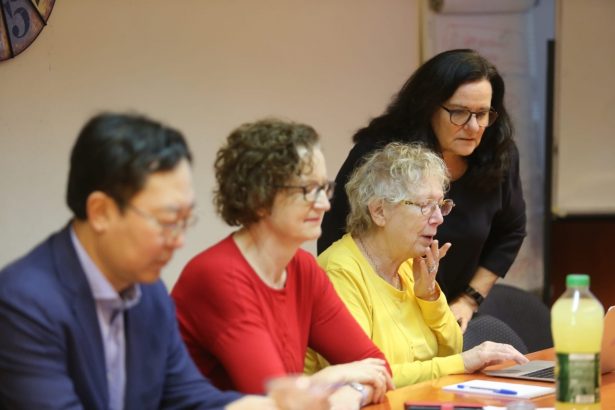 John Levy, Director of the Academic Study Group on Israel and the Middle East (ASG) explains how his organisation is further research ties between Brits and Israelis to the benefit of both countries.Ā

I write this piece as the latest Gaza confrontation draws to a close with marches, demos and extremist denunciations of Israel as an aggressive, apartheid state taking place around the world.

Read only the ravings of certain British academics describing āZionism as the enemyā, accusing Jewish students of being part of āan Israel lobby groupā and Israel of Ā āmanufacturing false anti-semitism allegationsā and you might conclude that the Higher Education sector is irredeemably hostile and dangerous and we live in the worst possible time for developing academic networks.

My own experience having worked in the field for nearly 40 years does not bear out such fears ā at all.

Clearly some lecturers and researchers adopt strident positions on Israel-Palestine questions but they simply do not reflect the feelings ā or actions ā of the overwhelming majority of academics.

Most are highly focused scholars dedicated to their niche areas of interest; scholars who stand ready to advance their research in collaboration with any accomplished counterpart internationally ā whether based in democratic polities or in repressive regimes. Few on grounds of ideology or sheer repugnance at human rights violations hold back from contact with Russian, Chinese or Saudi counterparts.

Only on the rarest of occasions have British academics informed me that they will not work with Israeli counterparts. They cite āthe occupationā and their disapproval of Israeli policies in general.

But such rare ājudgementalismā aside, most scholars recognise that remarkably, for such a tiny country, Israel has become a global, premier league contributor in many fields of enquiry. In economic game theory and decision-making, in pure mathematics, computer science and related fields including cyber technology, in biomedicine and bioengineering Israelis are among the worldās top innovators, a fact recognised in the many Nobel, Field and Turing Prizes Israelis have been awarded in recent years.

Law scholars praise Israel as one of the very few countries where jurisprudence ā the very philosophy underpinning law-making ā is considered a vital part of legal education.

And when a Neuroscientist in London who lectures annually at the Weizmann Institute of Science tells me ā with a grin on his face ā that Israeli students are āamong the rudest people he has ever engagedā he offers the observationĀ as a compliment. āI love the fact that Israelis question ideas rigorously and probe criticallyā he explained. In such a hot-house environment Israeli creativity has flourished and this is now recognised the world over.

As Director of The Academic Study Group (ASG) on Israel and the Middle East I have had the privilege and pleasure of helping to enlarge research tie-ups between the UK and Israel.

My predecessors, the founders of ASG, alarmed by New Left academic hostility in the USA in the late 1970s set up the trust. Fearful that US militancy would be replicated in the British University sector they established ASG as a vehicle for introducing British academics to some of the predicaments of contemporary Israel. Missions to Israel at that time laid heavy emphasis on the domestic and regional issues of the day. Sir Isaiah Berlin and Prof Max Beloff were amongst the academic luminaries who founded the Trust.

When I took charge we shifted the priorities of the charity radically.

Regional Studies in Britain are a minority interest, engaging very few researchers and students. In practice, the study of Israel and the Arab Middle East involves only a small number of specialists.

We resolved instead to look at areas of research excellence where links between Israel and the UK were less developed or where there appeared to be healthy prospects of developing new networks of collaborative research.

ASG is too tiny a fund to furnish resources for basic research so instead we opted to concentrate our effort in setting up small, highly focussed research workshops on carefully targeted themes. Since the late 1980s we have helped orchestrate between two and six intense meetings in Israel each year. Topics have ranged across the disciplines, and have included meetings on dementia prevention, child leukaemia, stem cell technology, spinal cord injury and brain repair, aerospace engineering, economic game theory, the problems of bilingual families, the traumas faced by second generation survivors of the Holocaust and civil violence, womenās rights; as well as issues in theology and classical history, among many other topics. We rarely revisit the same subject areas twice.

Each initiative is sui generis, planned carefully with us by a British and an Israeli anchor-host. The length of each encounter and the scale of each meeting varies considerably. Some meetings are small and intimate, others of magnum scale. A meeting on child psychiatry opened with an audience of over 350 Israeli child psychologists and child psychiatrists present.

All these āstart-up encountersā offer participants an opportunity to air cutting edge research findings whilst providing an informal environment in which professional scan networks and explore possibilities of future joint enquiry and research.

A classic case study: Some four years back ASG helped to set up a Workshop on Global Food Production. A team of Agro Experts from Newcastle, Durham, London, Manchester, Oxford, Reading and Rothamsted flew to Israel, billeted in the Guest House at the Weizmann Institute of Science in Rehovot.

Our academic host in Rehovot sent invitations to experts from all the leading agricultural research centres across Israel. Over two days, in the superb setting of the Weizmann Conference centre, an audience of some 200 attended a flow of presentations by key Israelis and our British invitees. The material was world-class, though perhaps the sheer number of presentations proved to be a classic instance of ādeath by powerpointā.

There were frequent breaks for first-class refreshments which allowed time for networking and private conversations to start. On day three of the visit each visitor from the UK was hosted by their nearest research counterpart in Israel. Individuals spent the day in the Lab or out āin the fieldā with staffers from the Hebrew University, the Volcani, Ben Gurion University, Tel Aviv University and other centres. I understand that at least three new research projects evolved from those discussions.

I can report that several of the participants in past ASG Workshops have then applied successfully for BIRAX science Awards; and a flow of jointly penned UK-Israeli articles and books continues to appear.

This past year has been a difficult time all round. COVID travel restrictions have rendered our work well-nigh impossible. All workshops have been āon holdā though we have continued pro-actively to explore new ideas for the future with contacts across the UK.

With optimism, I can report that once the pandemic is mastered initiatives will restart with renewed vigour. There is palpable eagerness for academic collaboration with Israeli research centres and we stand ready to develop these tentative ties constructively. At all times we focus on advancing knowledge through research collaboration. In the complex world of Israeli and Middle Eastern politics ASG eschews all political messaging. Propagandising is no part of our remit or mission. 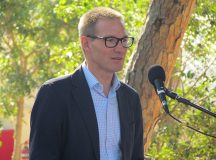 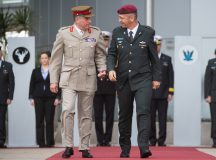 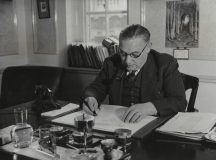 By Ronnie Fraser
At the beginning of January 1949, eight months after Britain had withdrawn from Palestine, Foreign... Read more > July 2021 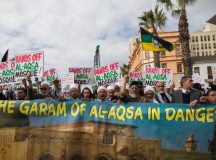 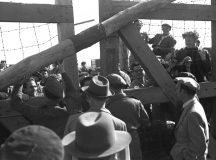 By Natan Aridan
Natan Aridan is Lecturer in Israel Studies and researcher at the Ben-Gurion Research Institute for... Read more > July 2021

Our Voice of the Fortnight is from MEMRI ā a Friday sermon aired on Palestinian Authority TV hours before the Neve Yaakov massacre of 27 January.

Oslo25 | āWe must liberate our thinking from the Oslo...
By Hussein Agha

āBalancing the liberal and the national was the genetic code...
By Dan Meridor

The jibe āProgressive except for Palestine (PEP)ā is a cynical...
By Philip Mendes

āWhat is your nation, if I may ask?ā: Antisemitism and...
By Noga Emanuel