Trump is in danger of pulling a reverse Obama

by Ilan Goldenberg
BACK 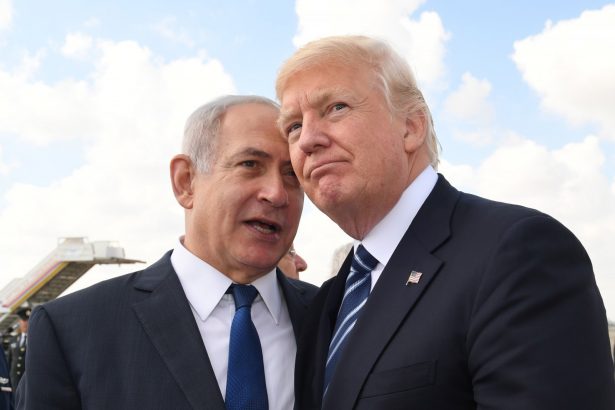 A month ago after returning from a trip to Israel, I wrote that we may be on the verge of a new round of final status negotiations. After eight years, the Trump administration had successfully managed to get the Palestinians to drop preconditions to restarting negotiations – an important step forward. But after Jared Kushner’s recent meetings with Prime Minister Benjamin Netanyahu and President Mahmoud Abbas, I’m feeling much less confident. That is because the administration’s overemphasis on the question of Palestinian prisoner payments may be creating a new precondition for negotiations – this time on the Israeli side. Whereas President Obama’s early push on settlements inadvertently created preconditions on the Palestinian side that persisted throughout his presidency, President Trump may be about to accidentally do the reverse.

Let’s briefly review the history. One of the consistent and fair critiques of President Obama’s policy was that the early demand for a settlement freeze in 2009 prior to starting negotiations essentially pushed President Abbas up a tree. He could not be seen as taking a softer position than the Americans, and with the issue so central in the public dialogue it created a precondition for even returning to the talks. Many who served in the Obama administration and believe that settlements remain a huge obstacle to peace now acknowledge that this strategy backfired. The lesson for an American mediator is clear – do not inflate things in the press and do not take a harder line than one of the parties themselves lest you encourage them to take that harder line. Unfortunately, I fear that is precisely what the Trump administration may be inadvertently doing.

To be clear, the issue of making welfare payments to the families of Palestinian prisoners is highly problematic. Providing welfare payments to families who have lost a breadwinner is perfectly acceptable and understandable. But Palestinian prisoners families receive more money depending on how long the jail sentence is – essentially creating a situation where the worse the offense the greater the welfare payment. It’s dubious to argue that this actually feeds more terrorism. I doubt that if you were to get into the head of a Palestinian committing a violent act against Israelis, these extra funds would be the real motivation. But the practice is still amoral and understandably infuriates Israelis, and makes them question if they have a real partner on the other side.

The problem is that Palestinian prisoners are revered as freedom fighters in their society. And this is not unique to Palestinians but a common phenomenon in many such conflicts. So even though the Palestinian leadership recognises this as a problem, it’s a politically delicate question for them. The way to address it is within the broader frame of the challenge of incitement and within the context of a number of steps that both sides should take to improve the environment for further negotiations and arrest a deteriorating situation on the ground.

Instead, reports from the Kushner-Abbas meeting were that Kushner was almost singularly focused on this issue, deeply frustrating Abbas and his team. The Palestinians had been expecting to spend more time discussing final status issues, as well as Israeli commitments on economic measures and settlements, which thus far have also not been forthcoming.

The Kushner visit came after some public comments by Secretary of State Rex Tillerson that had already escalated the situation with regards to the prisoner challenge. Testifying in front of the Senate Foreign Relations Committee a couple of weeks ago, he stated that the Palestinian Authority (PA) had already agreed to make changes to the payment system. He then doubled down the next day saying the same thing to the House Foreign Affairs Committee. It seems that Abbas had likely committed to Trump to work on this issue in some way, but Tillerson’s very public and incorrect statements forced a very public denial from the Palestinians. This in turn caused anger and recriminations from the Israeli side, further elevating this issue.

And the US Congress is doing its part, by pushing forward legislation that would cut off all economic aid to the PA if this practice is not changed. Indeed, this legislation goes further than anything the Israelis have threatened to do, as they continue to transfer tax revenues to the PA that they collect on its behalf.

As the issue continues to escalate and get more attention, it becomes more difficult for either party to step down and find constructive, quiet solutions. Instead, they just take harder line positions, which only make things more difficult. We have seen this dynamic again and again between Israelis and Palestinians and it is not a good one.

Another example is the question of Palestinian recognition of Israel as the Jewish state. Back in the 1990s, Yasser Arafat had no problem referring to Israel as the Jewish state. But during the Annapolis negotiations, Israeli negotiators decided to make this a central point – essentially a litmus test for the Palestinians to demonstrate that they were serious about ending the conflict once and for all. The Palestinians, suspicious that such a request was a trick intended to deny them their own historical narrative and fearing it would be used as an excuse to discriminate against Arab-Israelis, refused. They also saw this new demand as a point of potential leverage in the negotiations. Israeli politicians then took the demand public and began to talk about it with increasing frequency and emotion, causing Palestinian politicians to respond in kind. By 2013 when the Kerry negotiations process began, the demand for Palestinian recognition of Israel as a Jewish state had gone from a non-issue to a core final status negotiations question on par with borders or security.

At this point, the Trump team would be wise to lower the temperature on this issue. Focus on a broad set of measures and use the leverage President Trump has right now to get constructive steps from both sides. Push the Israelis hard to make some meaningful economic concessions to the Palestinians especially with regards to Area C. Get the Israelis to exercise more restraint on settlement activity. Push the Palestinians hard to take positive steps on incitement, including pursuing a major educational initiative and firmer public statements by Abbas and the people around him against violence. And as part of that effort get some quiet but important changes on the prisoner payment issue.

Such an approach could improve the environment and set conditions for a constructive negotiation in the future. On the other hand, continuing to put too much emphasis on the prisoner issue is only likely to backfire and create new hurdles.

This article was previously published in Matzav Blog of the Israel Policy Forum on 7 July 2017. Matzav is a collaborative blog dedicated to Israeli politics and society, the regional politics of the Middle East, Israeli-Palestinian diplomacy and the two-state solution, and issues affecting the American Jewish community.