Fathom > February 2020 > Three views on the Trump Plan: (1) Palestinians choose ‘the cause’ over statehood

Three views on the Trump Plan: (1) Palestinians choose ‘the cause’ over statehood 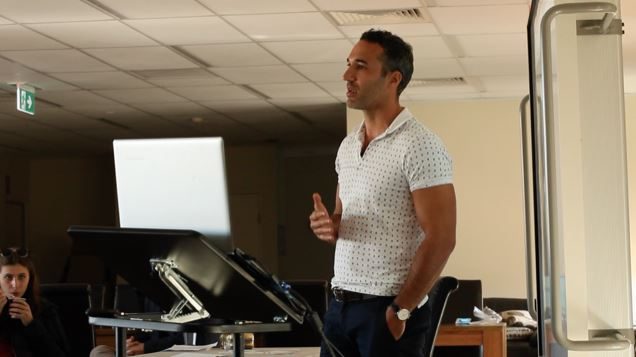 Alex Ryvchin, co-Chief Executive Officer of the Executive Council of Australian Jewry (ECAJ), argues that the Trump Plan is the Palestinians’ latest shot at statehood and their flat rejection of it, without making a counter-offer, is a catastrophic strategic mistake, the latest in a long line.

The latest US proposal to end the Israeli-Palestinian conflict has been predictably rejected by the Palestinian side. In fact, it was rejected before it was even tabled. Palestinian Authority (PA) Prime Minister Mohammad Shtayyeh announced the day before the plan was released, ‘We reject it and we demand the international community not be a partner to it…’ despite not quite knowing what he was rejecting.

To be sure, it is the Palestinians who have the most to gain from securing a deal. The Jewish people have their national home – a stable, successful, innovative, liberal-democratic state that despite facing incomparable threats and challenges, and despite having virtually no natural resources compared to its neighbours, has matured into an economic and military power in just 71 years.

But the Palestinians remain stateless and stricken by all the consequences of such a condition. Not only did the Palestinian leadership reject Trump’s offer, they declined to counter-offer, or to even consider it a starting point for returning to negotiations, instead calling the plan a ‘hoax’ and a ‘fraud’ and summoning their people to a new ‘day of rage’.

Conflict resolution requires compromise. Compromise means accepting less than one’s optimum outcome. This is something Jewish leaders in pre-state Israel always understood. In 1937, a British Royal Commission, which for the first time offered partition of the land and a two-state solution, concluded that ‘half a loaf is better than no bread’, and while ‘partition mean[s] that neither will get what it wants … both parties will come to realise that the drawbacks of partition are outweighed by its advantages’. The ‘advantage’ offered to the Jews at that time was a Jewish state, in which the Jewish people could organise according to their own ideals, a place to ingather their exiles, grant refuge to those needing it, and enlarge Jewish cultural and scientific achievements for the good of the world. This opportunity was too meaningful to reject, even if at that time the Jewish state offered was on a mere four per cent of the originally mandated territory and would exclude the ancient Jewish capital of Jerusalem.

The question of partition was rejected out of hand by the Arab side, which instead pledged at the Bloudan Conference in Syria to pursue the ‘liberation of the country and establishment of an Arab government’. Transjordan’s King Abdullah stood apart as the lone voice calling for the partition plan to be considered, warning that if it were rejected, Palestine would eventually pass wholly into Jewish hands.

Partition and a two-state solution was again offered in 1947 following a lengthy examination of the origins of the conflict and a determination by a majority of the UN Special Committee on Palestine, that ‘only by means of partition can these conflicting national aspirations find substantial expression and qualify both peoples to take their places as independent nations’. Israel declared independence pursuant to the UN’s partition plan and set about defending its territory (losing one per cent of its population in the ensuing War of Independence) and creating a state worthy of the sacrifice.

The Arab side chose ‘liberation’, and ‘armed struggle’, bland euphemisms that quickly gave way to explicit calls to ‘… pave the Arab roads with the skulls of Jews, and to saturate this earth with blood and to throw the Jews into the sea,’ as expressed in the somewhat florid style of Hafez Al-Assad, father of the current Syrian dictator (who evidently taught his son a thing or two).

In rejecting Trump’s offer of peace, PA Prime Minister Shtayyeh, delivered a strikingly candid explanation, perhaps unwittingly, for why the Palestinians, who claim to seek independence above all else, are rejecting a proposal to give them just that. ‘It is nothing but a plan to finish off the Palestinian cause,’ he said.

Herein lies the answer to the vexing question of why a people that claims they want nothing more than a home of their own and an end to the conflict, have rejected five comprehensive offers of statehood and have now taken to rejecting new offers before they are even presented.

The conflict is not a territorial dispute to be settled by delineating borders and agreeing land swaps. It is a clash between the Jewish national movement which desperately craved a scrap of land to call their own so that they and their contributions to humanity should not vanish from this Earth, and the ‘Palestinian cause,’ which seeks no precise outcome beyond thwarting its rival, and holding out, digging in, struggling on, resisting. What they are resisting, no one can quite articulate without descending into pseudo-political babble about fighting imperialism and Zionist greed. But so shameful to this ‘cause’ is the notion of compromise, so inconceivable is a life beyond conflict and grievance, that it is impossible to contemplate any offer (other than perhaps that of Al-Assad senior), that the Palestinian leadership and its boosters in the West, might actually consider. We hear how unbearable life is under ‘Israeli occupation,’ and yet the idea of reaching a fair bargain to change that condition is evidently more unbearable still.

Meanwhile, the Kurds, the Assyrians, the Tibetans, all stateless peoples with unimpeachable claims to their ancestral lands, whose emancipation movements have never quite taken off as a ‘cause’, and who don’t benefit from dedicated UN agencies or more than $31bn of foreign aid since 1993, would do anything for a single shot at statehood let alone a perpetual flow of White House peace proposals to scoff at.

One analysis of the Trump proposal, published in the Washington Post, describes the latest approach as ‘asking Palestinian leaders to negotiate for part of a loaf rather than watch the whole loaf disappear’. The Jewish leadership grudgingly accepted in 1937 that ‘half a loaf is better than no bread’. Perhaps soon the Palestinians will be blessed with leaders that can elevate the future of their people above the contrived importance of an ignoble cause. 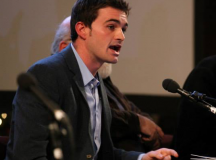 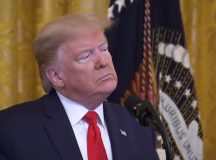