by Amnon Rubinstein
BACK 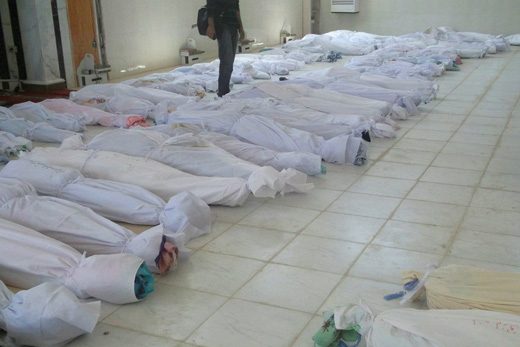 There is a paradox at the heart of human rights discourse – its failure to recognise the right of the individual to live in a democracy.

Many media outlets refer to the slaughter in Syria as “the Syrian tragedy”. But this is no Greek drama. What we are witnessing daily is not an affliction sent by the gods to punish human beings for their sins. The reason for the deaths of thousands of civilians is plain: where there are no ballots, there are bullets. Had Syria been governed by a democratically elected government, the domestic bloodshed would in all probability have been avoided.

Despotic regimes are characterised by the ruler’s psychopathic alienation from reality and thus from an assessment of their true strength. The result is often massive slaughter followed by revenge: most dictators do not die in bed.

And here is the paradox at the heart of human rights discourse. While the right to live in a democracy can be tantamount to the right to life – living under a democratic regime will ensure a person against arbitrary death caused by a tyrannical regime, and experience proves that democracies do not go to war against each other – international law does not recognise the right of an individual to live in a democracy. The UN Charter opens with the lofty but empty phrase of “we the peoples” but democracy is not mentioned. Membership is not conditioned on the member-state being democratic; in fact, there is a majority of non-democratic regimes in the General Assembly. The UN Human Rights Council has never had a majority of democratic members in recent years and has been led, in a show of unconscious gallows humour, by such human rights stalwarts as China, Libya, Saudi Arabia and Syria.

Article 21(10) of the Universal Declaration of Human Rights states: “Everyone has the right to take part in the government of his country, directly or through freely chosen representatives”. The right to vote is thus obliquely mentioned – but not the right to vote in contested, multi-party elections, nor the right to present a candidate in the elections or establish a party. As such it is an empty right to vote in a Soviet-style one-party dictatorial state – the attitude of the Declaration to democracy having been tailored to make it palatable to the Communist tyrannies. The same goes for the other UN conventions protecting human rights. The International Convention on Civil and Political Rights (ICCPR), the International Covenant on Economic, Social and Cultural Rights (ICESCR) and the Convention on the Rights of the Child (CRC) use the idea of democracy only to delineate an assumed form of government for the state that is party to the convention.

If the omission of the right to live under a democratic regime from the UN’s charter and human rights treaties stemmed originally from the need to accommodate and placate victorious Soviet Communism after World War Two, it is dictated today by the composition of the UN itself – the majority of whose members are non-democratic in some way – as well as by the fear of causing a split within the international community.

In the European Union, things are different. Under the Lisbon Treaty, a state cannot be accepted into the EU if it doesn’t prove that it has a democratic regime. Any country seeking membership must conform to the conditions set out by Article 49 and the principles laid down in Article 2 and title 11 of the Treaty on European Union, as well as the criteria established by the Copenhagen European Council in 1993, which were strengthened by the Madrid European Council in 1995.

A new EU Member State must prove political stability of institutions guaranteeing democracy, the rule of law, human rights and respect for and protection of minorities. In the Council of Europe, the preamble to the Statute creating it states that the member-states are, “reaffirming their devotion to the spiritual and moral values which are the common heritage of their peoples and the true source of individual freedom, political liberty and the rule of law, principles which form the basis of all genuine democracy”. Furthermore, a special body – the European Commission for Democracy through Law – also known as the Venice Commission – reviews and recommends constitutional and legislative changes in countries asking to be accepted into the council, or those that are already members.

I want to be clear about the claim I am making. Yes, the reformulation of democracy as a fundamental human right would not get rid of despotic regimes overnight, nor would it change the composition of the General Assembly or the Human Rights Council. But it would be a significant declaration of principle and as such constitute an initial step that may help democratic elements in non-democratic societies – China would be an appropriate example – overcome despots.

There is an important precedent. The Helsinki Accord, signed in 1975, did not have the binding force of an international treaty and it even affirmed the former Soviet Union’s respect for human rights and fundamental freedoms, including the freedom of thought, conscience, religion or belief.

As such, the accord was dismissed at the time as mere verbiage and the Soviet leaders saw it as a victory for the communist cause. But eventually it proved otherwise as the recognition of human rights gave courage to domestic Soviet opposition groups and indirectly helped topple the Soviet despots. As the death-toll in Damascus rises, it is time for a global ‘Helsinki Accord’ to recognise the right to democracy. The Universal Declaration of Human Rights and other human rights conventions should be amended to incorporate an explicit, uninhibited human right to participate in determining one’s fate through authentic multi-party elections. As we see in Damascus, it is a matter of life and death.

By Mike Prashker
The story we tell about Israel should take its cue from Danny Boyle’s glorious but... Read more > Spring 2013

By Einat Wilf
For the sake of peace, reform of the United Nations Relief and Works Agency (UNRWA)... Read more > Spring 2013 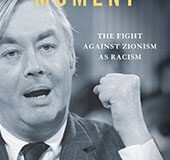 By Gerald M. Steinberg
Will the new partnership between the Board of Deputies of British Jews and Oxfam challenge... Read more > Spring 2013