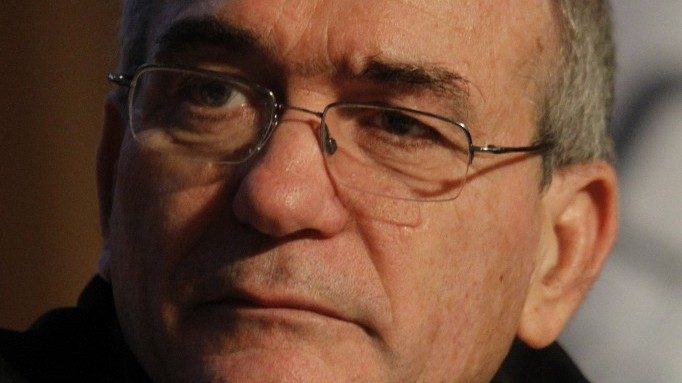 Regardless of whether Israel’s policy was wise, the most important aspect of the affair was what it revealed about shifting relations between Israel and the Democratic party, argues Yossi Kuperwasser.

Israel’s decision to deny two new Democratic members of the US Congress, Rashida Tlaib from Michigan and Ilhan Omar from Minnesota, an entry visa to visit ‘Palestine’ (the name of a state that does not exist in reality and according to Israel and the United States), or, in fact, the Palestinian Authority (and a bit of Israel) for a tour that was quite clearly intended to demonise Israel and would have showcased their double standards about it, caused criticism to be directed at Israel from the entire Democratic party.

The outrage took four forms. First, at the reversal of Israel’s initial decision to allow the trip, attributed to Netanyahu’s readiness to bow in front of President Trump’s request/demand. Secondly, at the decision itself, the claim being that denying entry to any congressman representing a country that supports Israel and provides it with generous military funding is at least unwise if not unacceptable. Thirdly, at the wisdom of the decision, as it played into the hands of Israel’s detractors and supporters of BDS and created the impression that Israel wants to hide the way it treats the Palestinians and cannot confront the allegations against it. Fourthly, it was claimed that the decision was inhumane towards Tlaib, whose elderly grandmother lives in a West Bank village.

Israel had some convincing counter arguments – the details of the trip and the identity of its organiser, the Palestinian organisation ‘Miftah’, were not known in advance, and it was once they became clear that Israel changed its attitude; the decision was taken by Israel independently, and there is nothing wrong with taking the US President’s opinion into consideration; Israel does not have to accept any Congressman’s entry request especially when they have malign intentions; and, according to its new law of entry, Israel has the right, like any sovereign state, to deny entry to those who constitute a threat and aim to harm it. Finally Israel was prepared to allow Tlaib to visit her grandmother, but she refused to take advantage of this permit without the opportunity to slander Israel.

But regardless of whether the Israeli move was wise and justified or not, and putting aside the question of the long-term impact of the affair, the most important aspect of it was what it revealed about the relations between Israel and the Democratic party in general and its Jewish supporters in particular.

Lesson 1: Some liberal Democrats are starting to defer to the radicals on Israel

Instead of confronting the anti-Semitic, anti-Zionist and Israel-demonising messages and intentions of the two Congresswomen, the Democrats preferred to point fingers towards Israel alone and compensated for that attitude by promoting, together with the Republicans, House Resolution 246 that condemned the BDS movement and its sinister message and called for a two states for two peoples solution to the Palestinian Israeli conflict.

What did that response tell us? First, that the fear of the liberal Democrats of the progressive wing of the Democratic party has reached the level that they don’t dare to criticise it on the Israel issue. When ‘the squad’ (Omar, Tlaib, Ocasio-Cortez & Pressley) and other progressive democrats slander Israel and Jews and ask to visit ‘Palestine’, the liberals, including many real friends of Israel, look for sophisticated ways to confront them that water down their criticism. The outcome is that the emboldened progressives dare to promote more anti-Israel moves which have anti-Semitic roots, like the legislation regarding the alleged abuse of Palestinian children that was promoted in Congress by Betty McCollum and was based on the work of DCI-P, one of many NGO’s that are closely related to the American designated terror organisation ‘The Popular Front for the Liberation of Palestine’ (PFLP).

Lesson 2: Some liberal Democrats’ profound animosity to Trump and Netanyahu as leaders is reshaping their attitude to Israel as a country

The second lesson to be learned is that the American political feud is affecting the liberal Democrats’ attitude toward Israel more than any other factor. The animosity and hostility to President Trump is so immense that it overrules the basic support liberal Democrats have towards Israel. This makes it harder than ever for Israel to remain a non-partisan issue. It has not become impossible yet, as manifested in the wide support for HR246, but it is not as easy as it used to be in the past. This negative attitude is exacerbated by the harsh criticism and antagonism towards Prime Minister Netanyahu, both because of his close relations with Trump and because for so long he was portrayed as almost solely responsible for the stalemate of the peace process and for the tensions in the relations with the Jewish communities in the US, most of which support the Democratic party. He is also perceived to have confronted former President Obama on all major issues and most of all on the Iranian issue (and he was never forgiven for addressing Congress on that matter). Netanyahu (‘with his extreme right-wing government’) is seen by many liberals as the culprit for the strained relations between Israel and the Democratic party and as being a supporter of the Republican party. (On the real nature of the dispute between Obama and Netanyahu I recommend reading my critique in The Atlantic to Obama’s interview with Jeffrey Goldberg.)

Lesson 3: Some liberal Democrats are starting to accept the radicals’ framing of Israel

The third and most disturbing lesson is that the extreme progressive Democrats and their allies (some of whom are Israeli or Jewish and some are Palestinians related to terror organisations or supporters of Radical Islamic ideology) who try to delegitimise and demonise Israel have managed to inculcate into liberal speech about Israel a set of mantras that a growing number of liberals use now when they speak about the conflict, without questioning their veracity.

Once you use these mantras (‘Israel is or bound to become an Apartheid state or lose its Jewish identity’, ‘Israel is a colonialist and racist state that illegally occupies Palestinian territory and build on it illegal settlements’, ‘Israel occupies Gaza’, ‘Israel denies the Palestinians their basic rights through a ruthless and vicious occupation and commits systematically human rights violations such as torturing Palestinian children’ are some of these nonsensical claims that are detached from reality), you may think that Israel is really motivated by the need to hide its terrible attitude towards the helpless Palestinians and therefore Tlaib and Omar are right. The use of this vocabulary is distancing some of the Jewish left-leaning youth from Israel, so no wonder it is toxic with non-Jewish left-leaning liberals.

To stop Corbynism being the image of the Democratic Party’s future, we must engage in the battle of ideas

Had the trip taken place Israel would have been expected to use it to reveal the truth about the conflict, to refute each of these mantras and to unmask the BDS movement that is supported by the progressives. Even without the trip, Israel has to do this.

I still believe that many liberals can be convinced that these mantras are wrong, but there is a good reason to be disturbed by the way many liberals adopt this intentionally malignant vocabulary, and by their seeming unwillingness to go beyond The New York Times and The Guardian and read anything that challenges those mantras.

This is true, of course, not only in the USA. What is happening in the British Labor Party is an example of what may yet strike other liberal parties in the West. In this sense the Tlaib and Omar trip was just one more warning of the urgency for Israel and the liberals to fight together against the dangerous winds that are blowing from the extreme progressives. It should not be that difficult as Israel really stands for democratic and liberal values, whereas the Progressives and their Palestinian allies stand for the exact opposite as well as supporting anti-Semitic and violent attitudes. But since the liberal vocabulary is already deeply contaminated with the concepts of the extremists, this battle is going to be a difficult one. 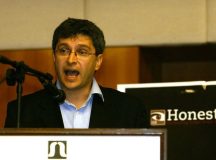 The Special Relationship: Shoring Up Declining Sympathy for... 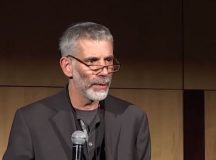 The BDS mindset is a challenge to liberal... 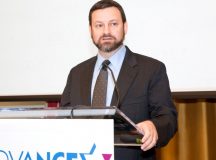 By Jay Ruderman
Jay Ruderman is the President of the Ruderman Family Foundation, which focuses on the inclusion... Read more > October 2019