by Peter Neumann
BACK 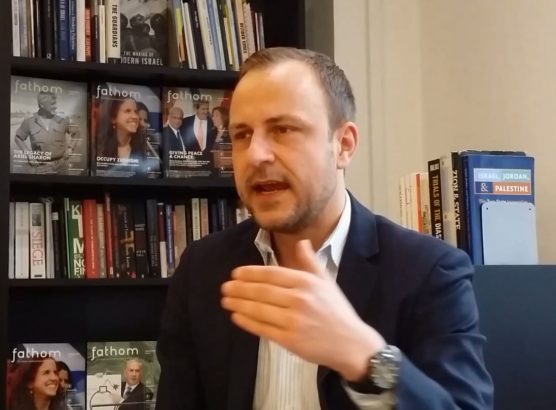 Professor Peter Neumann’s new book Radicalised: New Jihadists and the Threat to the West, has been described as ‘The book everyone needs to read’ by Hassan Hassan, author of ISIS: Inside the Army of Terror. Professor of Security Studies at the Department of War Studies at Kings College London, Neumann is also the Director of the International Centre for the Study of Radicalisation (ICSR), which he founded at Kings in 2008. He spoke to a Fathom Forum in London on 23 November 2016 about the threat to Europe from returning Jihadis.

It might be easiest to start by saying what the book is not. It is not a book about an organisation. There are a lot of very good books about ISIS. My book does talk about ISIS a lot, but I believe that we are dealing with a movement. The mistakes that we in the West made in 2011, when the leadership of Al-Qaeda had been eliminated, was to mistake a movement for an organisation, and to believe that with the killing of Osama Bin Laden and the elimination of Al-Qaeda’s leadership, the threat of jihadism had ceased to exist. Of course, it returned ferociously only two years later with ISIS. It is possible that ISIS – like Al-Qaeda – will disappear. But that would not mean that the jihadist movement has gone away. I am convinced that in five years, we will still be talking about a jihadist movement, whether or not we are still talking about ISIS.

And nor is book this principally about the Middle East. There are a lot of very good books that examine the origins of ISIS in Iraq and its historical evolution. But what I wanted to focus on was the situation in Europe and the threat against the West. So this book talks about the implications of the rise of ISIS and of the jihadist movement to the West. It talks about ideas and people.

The principal thesis of the book is that this is a threat that will keep us preoccupied for a generation.

What we have seen over the past four to five years is an unprecedented mobilisation of people in the name of that movement. Since 2011, the chaos and instability that to some extent has resulted from the negative consequences of the Arab Spring – the rise of Islamic State, the competition between Al-Qaeda and ISIS which we are seeing in different parts of the world – led to a mobilisation that is even greater than the mobilisation that took place in the 1980s in Afghanistan.

According to the most estimates, 20,000 people from lots of different countries fled to Afghanistan in the 1980s to fight against the Soviets. What we have seen in just the last five years has been the mobilisation of more than 30,000 people from a hundred different countries. For the first time we have seen the mobilisation of over 5,000 Western Europeans, who have gone to Iraq to join jihadist groups – predominantly Islamic State. Soon, they may face the same question that most fighters in Afghanistan faced at the end of that conflict at the end of the 1980s. Back then, some fighters went to the neighbouring country, Pakistan. They stayed there for a while and then went on to other conflicts in the Muslim world. Indeed in the 1990s and the 2000s, you had the so-called ‘veterans’ of that conflict turn up to literally every conflict in the Muslim world – from Chechnya, to Algeria, to Bosnia, even the Philippines.

Some of those fighters grouped together and formed what became Al-Qaeda. The 9/11 attacks happened over a decade after the end of the Afghan conflict but had their roots in that conflict. In the case of Syria, the conflict hasn’t even ended yet, so the clock hasn’t even started ticking. Perhaps in 14 years we will see terrorist attacks that have their roots in the people that are today meeting in Syria. That’s the threat of the foreign fighters.

Islamic State has in been more cunning than Al-Qaeda. It has a two-tiered strategy. On the one hand, it is training and equipping people in Syria who it sends back in order to carry out attacks in Europe – as we have seen in Brussels and Paris. On the other hand it also encourages and incites people in Europe through the internet who are not even travelling to Syria, who are simply enthusiastic supporters of Islamic State. It incites them to carry out so-called ‘lone-wolf’ attacks and to do things with very simple means – very simple, but very deadly as we have seen for example in Nice. Until Nice, very few people would have thought it possible to kill 86 people by simply driving a vehicle into a crowd.

This two-pronged strategy is very cunning because on the one hand it creates a constant fear of these returning fighters, almost entirely unpredictable threat.

And this is a developing threat. Something we’ve not seen in Britain yet, but we have seen in other European countries is what I call ‘remote-control’ attacks – something that happened this summer in Germany, where you had two refugees, who were probably radicalised after coming to Europe, and got in touch with ISIS through the internet and who were essentially controlled by private messenger applications. They were in touch with the central leadership of ISIS until the very moment of attack, in real time, being given instructions. So they were not entirely ‘lone-wolves’. These people are directed, but they have not travelled to Syria and have not been part of the movement. And this raises the question of what to do about applications like WhatsApp, which are highly encrypted, and very difficult for the security services to get access to – even for the Americans that perhaps have the best means of doing so.

So those are the three levels of threat that we are currently seeing: returning foreign fighters that may still be dangerous, ‘lone-wolf’ attacks, and ‘remote-controlled’ attacks.

The questions that I’m often being asked is: when the core territory in Syria and Iraq collapses, will we see foreign fighters returning to Britain and other European countries? I do think that is a threat, but not quite the massive threat some people fear. There are still 1,700 to 2,000 Western Europeans in Syria and Iraq. That figure is based on 5,000 Western Europeans who went there, 4,000 of whom joined ISIS. Around one third have already returned to their home countries, so the threat is not hypothetical scenario. Around 50 per cent of this 5,000 have died, leaving about 2,000 or so Western Europeans. Of those, quite a lot will die in the final battles. We know that ISIS uses a lot of Westerners as suicide bombers. And as we have seen over the past few weeks in the case of Mosul, suicide bombings are ISIS’s preferred method of defence.

Of the thousand that will be left, many will initially go to Turkey – just like the Afghan foreign fighters in the 1980s initially went to Pakistan. They’ll go to Turkey because that is the country from which they entered Syria. They will stay in Turkey and make up their mind. In the border areas of Turkey where my colleagues and I have visited, there is the infrastructure of ISIS, so they can stay there initially. Some will travel to other conflict zones. But over the course of the next five to seven years we will also see some of them returning, or attempting to return, to their Western home countries. But it will not be a sudden move. Hundreds of jihadists are not going to suddenly come knocking on Britain’s doors. When they come back it will be a slow process – bit by bit and step by step.

Some of the foreign fighters will be disillusioned. We know that because my colleagues and I have been in contact with some of them. Some of them have been disappointed by what they now see was the false promise of a caliphate that didn’t live up to their expectations. Others will still be jihadist in terms of their mind-set, but they will not necessarily act on it. But some of them of course will still be dangerous and will want to carry out terrorist attacks. The greatest challenge for security agencies in Britain and other European countries will be to distinguish between those groups.

It is already the case that a lot of European countries are struggling with the number of cases that they have to deal with. There are hundreds of cases in some European countries people who have been charged but cannot be prosecuted because the cases are incredibly complex and there are not enough prosecutors who can take on these kinds of cases.  It is difficult in a court of law to prove that someone was a member of ISIS, or to prove exactly what they did in Syria. It will be necessary to prioritise.

Perhaps with some of the people coming back, those who are clearly disillusioned, it will be possible to use them for counter-radicalisation, or to try to reintegrate them into society. But we should be clear: the threat will be an enormous challenge in the years to come.

One thing I want to say at the very end is that if history has taught us anything, it is that it would be completely wrong to think that with the defeat of ISIS in Syria and Iraq, the jihadist movement will be defeated. If the history of the jihad in Afghanistan has taught us anything about what to expect, it should be that the challenge for us in the West has only started to materialise. I do see history repeating itself. This threat will keep us preoccupied for many years to come. If you want to know more about it – read this book! 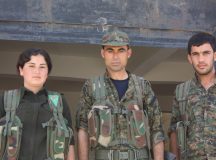 By Jonathan Spyer
The West wants to destroy IS but it has neither allies on the ground nor... Read more > Autumn 2016 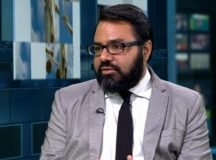 By Shiraz Maher
Shiraz Maher is the author of Salafi-Jihadism: The History of an Idea (Hurst, 2016) and... Read more > Autumn 2016 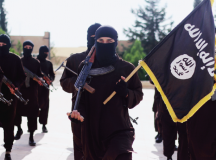