by Adi Schwartz
BACK 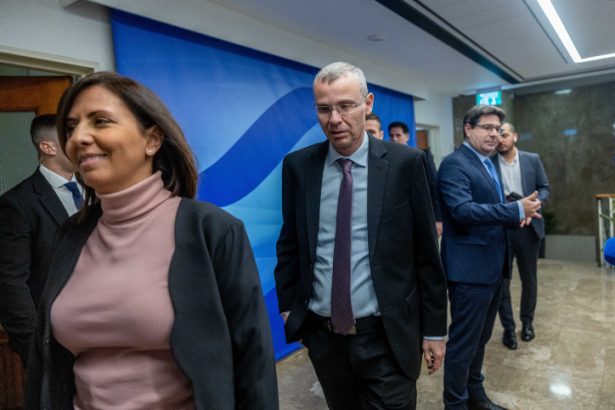 Justice Minister Yariv Levin arrives to a government conference at the Prime Minister's office in Jerusalem on 15 January 2023. Photo by Yonatan Sindel/Flash90

Adi Schwartz is a former staff writer at Haaretz and is co-author with Einat Wilf of The War of Return: How Western Indulgence of the Palestinian Dream Has Obstructed the Path to Peace.

Over the years Israelis have got used to hearing their politicians accuse each other of being Fascist and Nazi, or bringing about the end of democracy. However, the current political debate over the new government’s judicial reform has brought the discourse to even higher levels of tension and emotion, because it touches the most sensitive dilemma of any human society: who gets to decide.

At the heart of the new reform lies the judiciary’s ability to annul laws enacted by the legislature. In some liberal democracies, but not in many, this is outright impossible. At the other end of the spectrum is the current situation in Israel, where it is extremely easy for the Supreme Court to review laws of the Knesset.

In Israel, there are no formal limitations on such judicial review. Any Israeli citizen can challenge the ‘legality’ of a law in court, even without demonstrating that he or she will be harmed by it. This means that at any given moment, there are some 10 million potential petitioners in Israel. It remains to the discretion of the court to decide whether to discuss the petition. There is no quorum for judicial review of the Knesset’s laws, and a simple majority can annul laws. Thus, even laws that were approved by overwhelming majority in the Knesset can be annulled by a court decision of two judges against one. The Israeli Supreme Court has practically given itself this authority, without ever having an explicit legal basis for it.

This type of encroachment of the judiciary on the legislature has no equivalent in the West. It has been the focus of fierce criticism for the last 25 years, from both right and left, and it is the reason for the current need for reform. The only question is to what extent this institutional imbalance should be amended, or in other words, how difficult it should be for the courts to review laws passed by the Knesset.

There is no precise formula or a silver bullet for the desired separation of powers between the legislature, the executive, and the judiciary. Each liberal democracy paves its own way, usually based on its history and its specific political tradition. In Israel, the strongest of the three and source of all power, should be the Knesset, since it is the only one elected by the public. However, the courts should have the ability to strike down laws, albeit in a much more restricted way than currently.

The problem in Israel is not so much the principle of judicial review of the legislative branch, which exists in many liberal democracies, but the far-reaching and broad manner in which this principle has been executed. In many cases, the laws that have been invalidated in Israel were not going to infringe basic human rights. They were simply contrary to the judges’ worldview and set of values. But instead of presenting their candidacy and running for elections as Members of Knesset, judges took advantage of the judicial throne and ruled according to their personal opinions.

The two most glaring examples were the law to tax owners of three apartments or more, and the law permitting the establishment of private prisons – both of which were annulled by the court. These laws certainly did not infringe any basic human rights – the prison was not even created! – But still the judges decided to intervene. They simply did not like the idea of a private prison.

Such a deep involvement of the court has led to the feeling (many times justified) that no matter what the elections results are, a non-elected judge is the one who gets to decide.

There is a very serious danger to democracy when voters feel that no matter how they vote, policies will not change because an unelected branch of government prevents them from changing. Freedom is the autonomy of a human being from outside rule. ‘Nomos’ in Greek is ‘law’, so the ‘autonomy’ of someone is their ability to set himself or herself the rules. Taking away this ability, or harming it in a major way, is contrary to the very basic principle of liberal democracies, which is the freedom of man.

In the long term, if people feel that their opinion is not heard at the ballot box, they might turn to other, non-peaceful, paths. The feeling that if the public changes its mind, the state goes along with it, is the basis of democracy. If that does not happen, the whole system is in danger of illegitimacy.

The new government’s reform would make it very hard, but still possible, for the courts to annul laws of the Knesset. It would take weeks and months now for the Knesset Constitution, Law and Justice Committee to discuss the law, until the final version would be agreed upon. The government would do good to listen to some well-intentioned amendments of the reform, but the overall direction is very much needed for the sake of Israeli democracy. 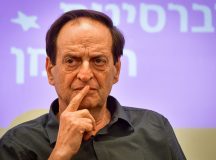 ‘If these ideas get implemented, it will be... 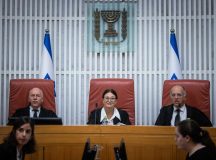 Judicial Reform and the Implications for Israeli Democracy

By Suzie Navot
In this edited transcript of her conversation with BICOM Director Richard Pater, Vice-President of Research... Read more > Article 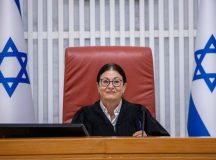 Judicial Reform is Not Dangerous for Israeli Democracy...

By Russell A. Shalev
Suzie Navot of the Israel Democracy Institute argued in Fathom that the judicial reforms being... Read more > Article