Fathom > Autumn 2013 > On Jerusalem: an interview with Danny Seidemann

On Jerusalem: an interview with Danny Seidemann

by Danny Seidemann
BACK 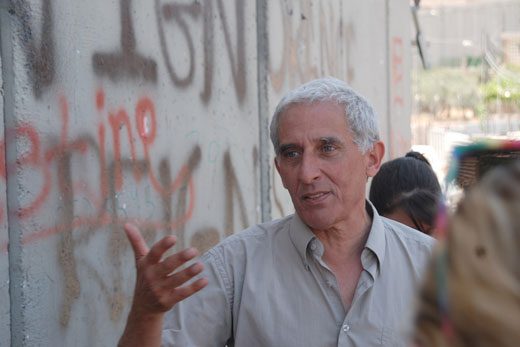 Daniel Seidemann is an Israeli attorney specialising in Israeli-Palestinian relations in Jerusalem. He is the founder of Terrestrial Jerusalem, an NGO that works towards a resolution to the question of Jerusalem that is consistent with the two-state solution.

Seidemann spoke to Fathom editor Alan Johnson about what a permanent status agreement will look like in the city, and why it is so hard to reach; the lessons to be learned from previous negotiations, and the continuing importance of the ‘Parameters’ set out by former President Bill Clinton; the possible models of sovereignty in the Holy City, and why he believes the Israeli people will divide the city if it will help end the conflict. Believing a solution is possible, he strikes a note of optimism: ‘How to address a permanent status [agreement] in Jerusalem was perhaps quantum physics in the Summer of 2000. It is now high school trigonometry.

By Meir Kraus
The Arab League decision to create a $1bn fund to ‘maintain the Arab and Islamic... Read more > Autumn 2013

By Ben Cohen
Amid the fanfare about the interim agreement reached in Geneva in November 2013 over Iran’s... Read more > Autumn 2013