Fathom > Spring 2014 > Book Review: My Promised Land: The Triumph and the Tragedy of Israel

Book Review: My Promised Land: The Triumph and the Tragedy of Israel

by Hannah Weisfeld
BACK 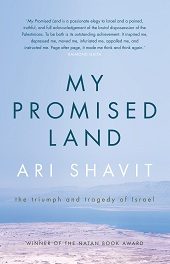 As a British Jew reading Ari Shavit’s account of modern day Israel, his starting point feels particularly poignant. He describes his great-grandfather, Herbert Bentwich, and the self-made privileged life he built for himself in Britain. In painstaking detail, he imagines the experience of Herbert disembarking from a boat in the port of Jaffa on an exploratory tour of Palestine, dreaming of the Jewish nation that could be built on the land. Shavit sets out to knock on its head the accusation so often thrown at the ‘Zionist enterprise’ by the British left: that the Jewish national project was just another mutation of colonialism. He explains that whilst ‘the photographs [of Herbert] are incriminating: white safari suits, cork hats, Thomas Cook tents,’ the reality was that his great-grandfather, an early pioneering British Jewish Zionist, was motivated not by a desire to colonise and displace an indigenous population, but by a yearning to secure the Jewish future, both spiritually and physically.

Shavit then goes on to explore the early foundations of the state and does a wonderful job of capturing the passion and ideological fervour with which the pioneers built the state. Their ingenuity, initiative and willingness to sacrifice, not to mention their ability to overcome unspeakable evils, continues to inspire millions of Jews around the world. Shavit reminds the reader of what it is that made them fall in love with Israel.

With the groundwork laid, and the reader understanding both what motivated the Zionist project, and the brilliance of the people who turned it from a dream into a reality, Shavit has prepared the reader to stomach his account of the expulsion of the indigenous population from Lydda in the 1948 War. He describes in graphic detail the decision taken by young fighters to remove the local Palestinian population. Undoubtedly, the brutality (on all sides) which underpinned the creation of the state will have been a shock to many readers. Golda Meir’s famous statement, ‘We can forgive the Arabs for killing our children. We cannot forgive them for forcing us to kill their children’ was the bread and butter of Zionist education for many, allowing supporters of Israel to negate responsibility for actions that perhaps we would prefer to forget. At first glance Shavit seems to do something brave: he lays a challenge to that narrative by describing the events in such graphic detail that it is almost impossible for the reader not to have an image etched onto their mind of thousands of refugees marching away from homes to which they would never return. It would be hard for anyone to read the chapter without feeling at least slightly uncomfortable.

However, Shavit writes history as if the scales must be permanently balanced, not tipping in either direction, for good or bad; as if all behaviour is beyond judgement. He recognises that the prophesy of Israel Zangwill, an early Zionist, who in 1904 believed, and was not afraid to admit, that the Jews would have to ‘drive out by sword the tribes in possession,’ was widely understood by the late 1930s as ‘us or them, life or death.’ Shavit explains that had the Arabs not been blind to the plight of the Jews and the Jews not been blind to the reality of an indigenous population, it could have been different. But in reality, thinks Shavit, it was a zero-sum game, so there was no other choice.

In a similar, non-judgemental way, he describes the consequence of the occupation as ‘allowing dark forces to menace the nation,’ arguing that, ‘if Israel does not retreat from the West Bank, it will be politically and morally doomed, but if it does retreat, it might face an Iranian-backed and Islamic Brotherhood-inspired West Bank regime whose missiles could endanger Israel’s security.’ Likewise, when the book deals with the treatment of Mizrachi Jews (Jews from North Africa and Arab countries) he explains that, ‘To this day, many Oriental Israelis are not aware of what Israel saved them from: a life of backwardness in an Arab Middle East that turned ugly. To this day Israel is not aware of the pain it inflicted when it crushed the culture and identity of the Oriental Jews it absorbed.’

The problem with attempting to balance the scales of history in this way is that for those looking for acknowledgement of a historical pain inflicted on them, a wound cannot be healed, and historical scores cannot be settled, when an acknowledgement of pain is followed – in the same breath – by a justification for having caused it. I am reminded of a documentary about the Truth and Reconciliation Commission in Apartheid South Africa in which a member of a black liberation movement testified to having been responsible for orchestrating plans for a bomb that killed a young white South African. He apologised at the commission, in front of the victim’s mother, for the pain caused by her death, but then, literally in the same breath, justified the killing. Only later, when the mother and the individual in question eventually built a relationship, and he really understood the impact of his decisions, did a true reconciliation take place. On the one hand, Shavit attempts to deal with the darker and more difficult moments in Israel’s history, but on the other hand he justifies each and every one with an explanation of why it could not be any different. In so doing he presents the status quo as a reality, in which the State of Israel and its citizens have no agency to change it. Surely, with two parties searching for peace, continual justification of the status quo (on either side) can only serve to keep peace far away from the peoples of the region?

Shavit describes his great-grandfather as having recognised in the 19th century that the Jews needed a homeland not just to save their physical selves from the horror which would engulf Europe, but from the modernity that would destroy the Jewish people. And as the book ends, and Shavit marvels at the miracle that Israel is today, he imagines what life would be like had his great-grandfather and others not understood the need for the state. Shavit imagines a house in Hampstead and a country home in Dorset and children who would be half Jewish at best, most likely completely non-Jewish, living the ‘enchanting life ofTo The Light House.’

It is somewhat judgemental to suggest that the 55 per cent of global Jewry who live in the Diaspora are choosing the easy life over those that make the real sacrifice in the Jewish state in order to save the Jewish people. In reality, as Israeli society becomes narrower, more religious, more rife with what Shavit describes as ‘semi-fascist ideas,’ the flourishing Jewish life that exists in (admittedly not all) Diaspora communities outside of Israel feels spiritually, and almost certainly physically, safer to many. Whilst Shavit certainly does justice to describing both the miracle of modern Israel and the very severe challenges the state faces, ultimately it is a false choice that he sets out: that the Jewish people can choose to assimilate in the Diaspora or play a zero-sum game of survival in the land of Israel. 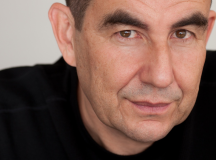 By Ari Shavit
Ari Shavit’s My Promised Land: The Triumph and the Tragedy of Israel is one of... Read more > Spring 2014

By Liam Hoare
Israel, as Amos Oz once observed, was born out of a spectrum of dreams and... Read more > Spring 2014

By Ahron Bregman
A series of revolutions over the last two years – the so-called ‘Arab Spring’ –... Read more > Spring 2014

By Israel Bartal
Shlomo Sand’s political treatise, The Invention of the Land of Israel, is another link in... Read more > Spring 2014