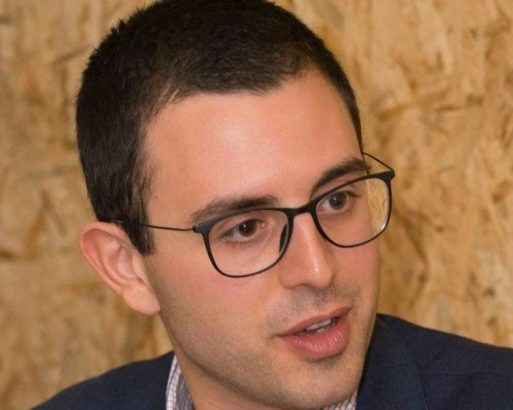 Israelis who are completely certain there will not be a third election after just holding a second vote of the year could be forgiven for missing the Brexit meltdown in Britain.

At least until a few months ago, a No Deal Brexit was genuinely unthinkable. Nobody wants Britain to crash out of the European Union without a deal. It is politically toxic. Everyone wants ‘a deal’, but nobody likes ‘the deal’ on the table. Powerful leaders vow to stop it but have no powers to do so. If one unpopular party leader stood aside, the thinking goes, an emergency government of national union might coalesce to stop the madness. But crucially, nobody needs to vote for No Deal Brexit in order for it to happen: It is simply the legal default and will happen automatically unless a parliamentary majority can be assembled for something else by an arbitrary deadline.

After Israel’s inconclusive election on 17 September there is a very strong chance that the country will return to the polls in early 2020. Third elections are still considered unthinkable and politically toxic. Nobody wants it to happen. Everyone wants the parties to reach ‘a’ coalition deal, but no single actor can force it. President Reuven Rivlin said he will do all he can to avoid third elections, but it is not up to him. If Prime Minister Netanyahu stood aside, the path to a national unity government between Netanyahu’s Likud and Benny Gantz’s Blue and White  would be clear. But if neither Gantz nor Netanyahu can form a government, and if a third ‘write-in’ candidate subsequently fails as well, then third elections are simply the legal default and will happen automatically.

If Israel returns to the polls, it will be more by accident than design. The political logic is simple: Third elections are nobody’s preferred choice but also nobody’s least preferred choice, so at the moment of truth it could simply be triggered thanks to parliamentary paralysis, not an active vote to dissolve the Knesset.

Let’s think through the maths. At the time of writing, it now looks likely that Netanyahu will be tasked with forming his fifth government. His right-wing/religious coalition won 55 seats, down from 60 in April’s vote (out of 120 total in the Knesset). After locking in place the Sephardic ultra-Orthodox Shas, the Ashkenazi ultra-Orthodox United Torah Judaism, and the pro-settler Yamina parties in place, his first move will likely be to try to seduce Avigdor Liberman’s Yisrael Beitenu to join.

But unless these elections were an elaborate ruse by Israel’s most Machiavellian politician to strengthen his hand in a Netanyahu government (which they might be), Liberman will not accept the same government now that was onoffer after last April’s ballot. Next, Netanyahu will try to tempt over the Labour-Gesher alliance  — but they are holding firm, for now. Failing that, and in the absence of a (natural or manufactured) crisis that could convince Blue and White to join a Netanyahu government, he will try to win defectors — but the opposition held firm last time, and now they can smell victory.

In all likelihood, Netanyahu will fail to form a government in the time allotted to to him (an initial 28 days with a possible 14-day extension). The mandate to form a government will pass to Benny Gantz. But Gantz only has two options. One option is to induce the Likud to dump Netanyahu and join a unity government; this is unlikely because of the timing, the intensity of Netanyahu’s personality cult, and because the party will still hope to ultimately prevail. Netanyahu will also rebuff an offer to sit in Gantz’s government as a simple minister, because – if and when the long-serving premier is indicted on a slew of corruption charges — he will be forced to resign, as per law. Gantz could try to tempt the ultra-Orthodox parties into a narrow 61-seat Centre/Left/Ultra-Orthodox coalition, but the ultra-Orthodox parties have least to lose from third elections, because they have a captive electorate. (The option of a minority centre-left government supported by the Arabs from the outside is mathematically impossible unless Liberman agrees to also back it, which is unlikely) In all likelihood, therefore, Gantz will also fail to find a majority.

What then? Under Israeli law, if 61 members of Knesset write to the president nominating any MK (who can be one of the two men who have just tried and failed), that MK has a very limited time to assemble a government. According to reports, Netanyahu thinks he might get a chance to form a government after Gantz fails. At this point, what happens is anyone’s guess. Netanyahu or Gantz (or someone else) would need every member of their bloc to sign a letter of recommendation—which won’t come free—and get others to jump ship. If no government is subsequently formed, third elections are triggered automatically.

Who, at this stage, would blink and accept what they refused in rounds one and two rather than go to elections? Would Blue and White, after Netanyahu’s indictment hearing on 2 October, break his campaign promise and agree to be a junior partner in a government led by a man who will probably soon be indicted? Would Liberman, smelling blood, throw Netanyahu a lifeline? Would the Likud launch an overnight coup? Would Labour-Gesher, which floated on the electoral threshold, save Netanyahu’s skin in order to save its own? Would Gantz offer the ultra-Orthodox the heaven and earth and convince them to defect? Which single actor would decide it has more to lose from repeat elections, triggered automatically, than breaking the deadlock?

Certainly Netanyahu would prefer to hang on as caretaker prime minister for another six months and live to fight another day – especially since the alternative may be signing his own obituary. Or maybe, realising he has no immunity, he will take the much-rumoured option of a presidential pardon in advance of even being indicted and just step down.

Any of these scenarios could happen. As the Joint (Arab) List’s historic decision this week to nominate Gantz proves, never say ‘never’ in Israeli politics. But as Britain’s Brexit crisis teaches, the unthinkable can become thinkable very quickly. Instead of buckling under the pressure, the parties can become more entrenched in their positions. They can stop promising to negotiate ‘a deal’ and begin positioning themselves for the inevitable. If they blame the other side for ‘no deal’ and spin it as an opportunity, it can become less politically toxic. They could even hold a series of ‘indicative votes’ on possible scenarios and find that none command a majority.

Powerful actors will find they are powerless to stop a scenario that nobody wants but nobody wants to stop. They will say that the public implicitly understood that if it failed to produce a majority, third elections were always a possibility. Nobody will want to be blamed for ‘no deal’, but nobody will want to be blamed for accepting ‘a deal’ that their own electorates regard as a betrayal.

If second elections were unthinkable, so are third elections. But then again, so is so much else these days. You have all been warned. 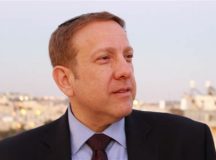 By Shalom Lipner
Last week’s election results dealt Benjamin Netanyahu a major blow, but although he may be... Read more > September 2019 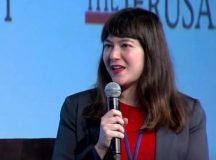 By Lahav Harkov
Over the last few elections Israelis have gotten used to the idea that the Likud... Read more > September 2019