Fathom > September 2019 > IsraelVotes2019 (2) | Israel elections: ‘Benjamin Netanyahu may be down but he’s certainly not out.’ Analysis by Shalom Lipner

IsraelVotes2019 (2) | Israel elections: ‘Benjamin Netanyahu may be down but he’s certainly not out.’ Analysis by Shalom Lipner

by Shalom Lipner
BACK 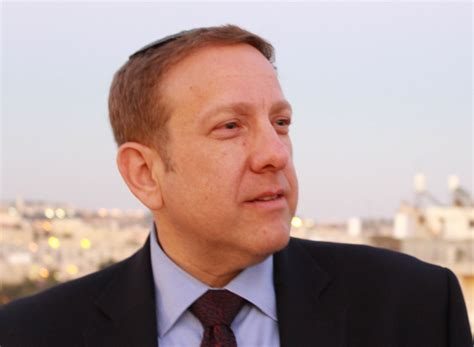 Last week’s election results dealt Benjamin Netanyahu a major blow, but although he may be down, he’s certainly not out. Since the composition of the incoming Knesset affords no apparent avenue for either political bloc to build a majority government, Netanyahu assumes that his Likud Party will serve as an anchor in any possible coalition that might be installed. With that in mind, he hustled, immediately after the ballot, to consolidate his allies (right-wing and religious parties) into a unified cohort, which he hopes to leverage in negotiations over some sort of favourable power-sharing arrangement with Blue and White, the largest faction in the next parliament.

The main challenges confronting Netanyahu during the coming weeks of bargaining – particularly if President Reuven Rivlin should task Blue and White leader Benny Gantz with the first opportunity to cobble together a government – will be to avoid “defections” from among the 55 Knesset members who have pledged to support the incumbent’s candidacy as prime minister, and also to ensure that they do not leave the Likud behind somehow in the wilderness of opposition. He can also be expected to try and entice some of his less strident opponents to offer him their allegiance.

Netanyahu’s quest is ever more desperate because he faces the prospect of being indicted on multiple corruption-related charges, pending a formal hearing in front of the Attorney General during the first week of October. While Israeli law requires cabinet ministers to leave their posts in case of indictment, the law mandates that a sitting prime minister may continue to serve in that capacity absent a sealed conviction. Accordingly, Netanyahu’s top priority is to remain in office – from where he will be insulated effectively against calls for his resignation and more able to tackle his legal problems from a position of power.

During the campaign, Blue and White insisted that it would be willing to join the Likud in a unity government, but only under the stewardship of a successor to Netanyahu, whom Blue and White has deemed morally compromised. This commitment, along with a string of additional pre-conditions put forth by other competing parties, are the chief stumbling block to crafting a coalition; taken together at face value, these election promises negate all conceivable options to fashion any government that will be capable of winning the confidence of the Knesset. Unless the protagonists begin to demonstrate flexibility and a willingness to renege on their explicit demands, Israel could be well on its way to a third election in early 2020 – a fact underscored by the supreme efforts that parties are investing now in blaming each other for the deadlock. Expectations are that an unforgiving electorate would likely punish those it held responsible for a return to the polls.

A Likud leadership contest is inevitable, but by outward appearances, has not yet begun. There is rampant division within senior ranks of the party owing to, among other factors, the dysfunctional relationships that Netanyahu has cultivated with and between his chief ministers, whom has marginalised largely from centre stage. That said, since the reigning culture within the Likud has scorned dissent historically, would-be challengers to Netanyahu continue to exercise caution for fear of retribution from the party ranks. The more likely scenario is that Netanyahu’s Likud rivals will take the pulse of his attempts to stay in power and avoid indictment. Failure in those missions will undoubtedly whet the appetites of those aspiring to unseat one who will have become, by then, a wounded champion.

Netanyahu has had plenty of opportunities to advance the annexation of settlements during the course of his last consecutive decade as prime minister, but has always refrained from doing such. Constant pressure from his right-wing constituents has been unable to effect change of this policy. Netanyahu, recognising presumably the implications which annexation would have on Israel’s political and security predicaments, has often deflected to the US, suggesting that US support for such a move would not be forthcoming and thus expose Israel to severe repercussions.

The prominence given to this issue precisely in the weeks before this election lends credence to the charge that this may have been little more than a campaign tactic to gather votes. It remains an open question, however, how the Trump administration might impact on this calculus. Netanyahu was careful to condition the implementation of his latest promises to extend Israeli sovereignty on his re-election to office and his ability to forge a ruling coalition. Those pre-requisites may or may not come to fruition, but if Trump chooses not to discourage annexation, Israeli voices demanding such a step will grow only louder and less compromising.

Recent years have seen high levels of coordination between the US and Israel, but presidential statements disclose a realisation that the current political situation in Israel – and Netanyahu’s standing, in particular – is tenuous. The administration almost certainly ascertained that Netanyahu’s chances of re-election must have been precarious given his last second push toward both annexation and the advancement of a mutual defence treaty between Jerusalem and Washington. Yet, as President Trump himself opined recently, the relationship between the two countries rests on far more than any two specific individuals, and can be expected thus to ensure and even grow stronger no matter who is sitting in the White House or on Balfour Street. As Trump’s most recent national security advisor, John Bolton, asserted correctly just last week, Israel will have a different prime minister “sooner or later” and the nations will not then fall out of alignment suddenly.

Regarding the defence pact, there are myriad substantive issues that would need to be resolved before any such deal could be signed. In fact, many staunch advocates of the bilateral alliance – in both Israel and the US – are sceptical about the idea of a formal agreement that might tie them together at the hip and force them into decisions that might not serve their respective national interests. Professionals within the Israeli government advised that the broader implications of such a treaty require greater study than could possibly be conducted within the confines of a contentious election campaign. It remains to be seen now whether this discussion continues into the tenure of Israel’s next government, or whether the issue is dropped – in which case it may be taken, retroactively, for an election stunt.

Looming on the horizon is Trump’s Middle East peace plan. The US team have kept their cards very close to their chest over the past two years, adding that they will release political parameters of the blueprint only once conditions are optimal. Such a perfect time, of course, may never arrive and the plan could be kicked down the road ad infinitum. It was reported that Trump would release it in the days immediately following the election, but the timing couldn’t be less conducive to progress: if a primary reason for not releasing the document during Israel’s elections was the lack of available bandwidth to pursue a peace initiative, that would hold doubly true for the chaotic reality in which Israel will find itself until a successor government is sworn it – something that could be months away. Regardless of these newer constraints, Israelis and Palestinians have shown scant interest in engagement and are unlikely, at any rate, to embrace US proposals that might be put forward.