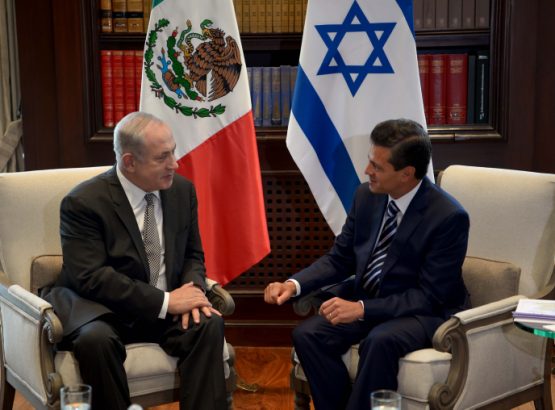 There is a fundamental assumption undergirding the argument that people like me make about Israel needing to come to an arrangement with the Palestinians, which is that Israel’s foreign relations will remain stagnant until Israel is seen as being serious about a two-state solution. This is the prime motivation behind calls for Israel to engage with the Saudi-led Arab Peace Initiative and to accept it in principle with reservations, or for Israel to freeze construction east of the security barrier, or for Israel to renounce claims to territory that will be designated for a future Palestinian state. In the absence of meaningful negotiations that have a legitimate chance at a successful conclusion, the theory is that Israel should take other steps that will prove its good faith efforts to get to a deal in the future and its geopolitical standing will improve.

This argument applies universally, but often focuses more narrowly on Israel’s relations with neighbouring Arab states. Proponents of this view – me included – point to Israel’s longstanding regional isolation and its chilly peace with Egypt and Jordan, and conclude that this situation will never be ameliorated until the Palestinian issue is resolved. Whether or not Arab leaders actually care about the plight of the Palestinians is beside the point; the fact is that Arab publics do, making it a politically potent issue that carries great risks for Arab governments that are seen as engaging with Israel and throwing the Palestinians under the bus. Shared interests, common security threats, and obvious economic benefits to open and greater engagement with Israel are not enough to override this basic domestic political reality, and thus Israel will be stymied until there is progress on the Palestinian front.

On the other side of this debate are those – most prominently Prime Minister Benjamin Netanyahu – who argue that the world has changed and that progress with the Palestinians is not a prerequisite for Israel’s integration into the Middle East. There is no question that Israel’s security relationships with many Arab states are robust and that cooperation behind the scenes is at an all-time high, and the prevalent argument is that open and public engagement is bound to follow. Netanyahu has often proclaimed anti-Israel activity at the UN as the last gasps of a dying world that has given way to a new one, and he touts events like Indian Prime Minister Narendra Modi’s visit to Israel or his own visits to African states as evidence that the shifting tide will soon envelop Israel’s own region. In this line of thinking, the Palestinian issue has always been of secondary importance to Arab states. The shared goal of countering Iran, along with Israel’s technological and economic might, is too overwhelming to be sacrificed at the altar of a decades-old and unresolved minor regional conflict involving Israel and a third party.

The evidence siding with the first side of this debate has always been robust. Israel’s improved standing with countries like China and India has not prevented them from repeatedly voting against Israel and in solidarity with the Palestinians at the UN. Its covert chumminess with Arab states has not led any of them to recognise Israel or establish formal diplomatic or economic relations. The world has voted overwhelmingly to accept the Palestinian Authority into international institutions over Israel’s objections, including just yesterday when Interpol voted to accept Palestine as a member state in a vote that was not close (75 in favour, 24 against, 34 abstaining). It does not appear as if the diplomatic ceiling that Israel constantly bumps up against has been shattered, let alone cracked, and the obvious variable to shift this dynamic remains progress on getting to two states.

So what to make of a recent spate of data points that put this argument in doubt? There have been the public optics, such as the meeting – with released publicity photographs! – between Netanyahu and Egyptian President Abdel Fattah al-Sisi at the opening of the UN General Assembly last week, and then the unconfirmed rumours of Saudi Crown Prince Mohammed Bin Salman and Qatari Emir Tamim bin Hamad al-Thani making secret trips to Israel this month. More concretely, there were reports this week that Israel and Bahrain are on the cusp of normalising relations as a result of their shared opposition to Iran – precisely what Netanyahu and others have argued will happen. All of this is coming in the face of stasis in Israeli-Palestinian negotiations, but even more significantly amidst a hardening of Netanyahu’s public statements against two states and increasing calls from the Israeli right to annex the West Bank in part or in whole. Is the argument that progress with the Palestinians is the key to progress with the rest of the world crumbling precisely in the way that its detractors have predicted?

For starters, the flood of alleged revelations over the past month is wildly overblown. Neither the Saudi crown prince nor the Qatari emir could visit Israel without being noticed in a country where people track the Netanyahu family dog Kaya’s bowel movements in real time. Despite Israel’s outreach to Saudi Arabia, normalised relations are nowhere on the horizon. This goes even more so for Bahrain, which unlike Saudi Arabia is too small to take the risk of being a vanguard that other countries will follow. Bahrain also cannot afford to further alienate its public by establishing relations with Israel unconnected to what is going on with the Palestinians after its particularly violent response to Bahrainis demonstrating during the Arab Spring. Saudi Arabia and Bahrain have spent over a decade cultivating private ties with Israel while being unwilling to follow up in public beyond allowing officials to be in the same room with Israelis, and this is only more of the same.

But more importantly, the argument about better relations with the Arab world being tied to the Palestinians is actually a distraction from a bigger issue. The larger point that gets elided is that it is Israel’s relations with the West that are also dependent on the Palestinian issue. One of the great ironies is that the countries that publicly claim to be the most concerned about the Palestinians – Arab states – are the ones most immune to any downgrading with Israel, while the ones that have the strongest public relationships with Israel – European states – are the ones most vulnerable to rupture due to developments in the West Bank or Gaza.

No matter what Israel does, security cooperation with Saudi Arabia will continue. The same goes for coordination with Egypt over fighting jihadis in the Sinai, and intelligence sharing with Jordan. What happens with the Palestinians make little to no difference in maintaining these current relationships, leaving aside the public aspect of them that Israel would like to see grow. When the entirety of a bilateral relationship takes place behind closed doors, this private and undisclosed activity is not put at risk by anything going on out in the open. It is in places like the UK, Germany, and to a lesser extent the US that Israel needs to be worried about its relationships over the longer term should nothing change on the Palestinian front.

As populism becomes an even more potent political force in Western democracies and sympathy for the Palestinians takes deeper root, it is Israel’s public relations that are subject to risk. That is not to suggest that any of these states will ever break ties with Israel, but they are also not subject to the same threat or trade calculus that Israel’s Arab neighbours are, which makes them more vulnerable to the way optics impact public opinion. Because these democracies do not share a similar threat level from Iran with Israel that a state like Saudi Arabia does, and because they will not benefit from buying Israeli natural gas the way a state like Jordan does, Israel’s public actions impact the foundations of their bilateral ties in a more fundamental way. It is because Israel has such robust and valuable traditional diplomatic relations with its Western allies that it needs to worry about the things it does that adversely affect the ability to maintain such traditional relationships.

Netanyahu has dreams of walking down the streets in Riyadh and Dubai, but he should be keeping an eye on the streets of Paris and Madrid. There is scant evidence that the diplomatic breakthroughs that he wishes to achieve with Arab states will happen without engagement with the Palestinians on two states, but he may find that without such engagement, he will open Israel up to rocky relations with another set of countries.

This article was previously published in Matzav Blog of the Israel Policy Forum on 28 September 2017. Matzav is a collaborative blog dedicated to Israeli politics and society, the regional politics of the Middle East, Israeli-Palestinian diplomacy and the two-state solution, and issues affecting the American Jewish community. 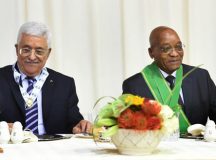 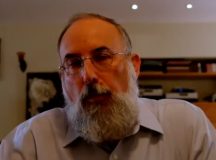 By Koby Huberman
The two-state solution is the only viable solution to the Israeli-Palestinian conflict. Yet we need... Read more > Autumn 2017