by Ezra Mendelsohn
BACK 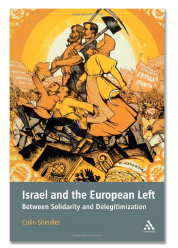 Shindler offers a valuable account of the rise and rise of anti-Zionism within the European Left.

At the heart of this book lies a paradox. The State of Israel was founded by men and women who identified with the left, socialists of one kind or another who regarded themselves as part and parcel of the world socialist movement. Among their most famous creations were the kibbutz, a model egalitarian society and the Histadrut, a giant trade union that sought to create a society based on social justice. Mapai, the political party that espoused a synthesis between Jewish nationalism and socialism, was the dominant force in Israel for the first 30 years of its existence, and the Zionist left remained highly influential even after its electoral debacle in 1977.

And yet the European left, or at least sections of it, has long harboured hostility towards Zionism and its creation, Israel. In recent times Israel has become a favoured nation of many on the right, most notably the Christian right in America, while certain elements within the left excoriate it as nationalistic, neo-colonialist, theocratic and even fascist.

How did this come about? Colin Shindler is right to emphasise that left-wing hostility toward Jewish nationalism, of which Zionism is the most prominent example, has deep roots. Most leaders of the pre-1917 Russian revolutionary movement were hostile to nationalism in general, and even if they were obliged to recognise that nationalism was an important factor in modern life (see Stalin’s famous book on the subject), they did not accept the idea that the Jews constituted a modern nation. This was true, for example, of Lenin. The founder of the Soviet state knew many Jewish socialists (Shindler offers various explanations as to why so many Jews, particularly of the East European variety, were attracted to revolutionary movements), but they were mostly ‘assimilated’ Jews, or, in Isaac Deutscher’s famous formulation, ‘non-Jewish Jews’ – with the most prominent examples being Leon Trotsky and Rosa Luxemburg. The hostility of these two militants toward Jewish nationalism is well known (Shindler argues that Trotsky’s views changed towards the end of his life). Such attitudes influenced the Soviet Union’s negative attitude toward Jewish nationalism after the Bolshevik seizure of power, even if this new political colossus did champion, for a while, Jewish cultural rights and Jewish agricultural settlement. No less hostile to Zionism was the Jewish Marxist socialist party known as the Bund, which rejected the idea of emigration to Palestine and the formation there of a Jewish territorial base. Rather, the Bund called for the transformation of the Russian Empire (and later Poland) into a state of nationalities, in which each nation, including the Jews, would enjoy autonomous status.

Moreover, there existed within the European left a tradition of antisemitism going back at least far as Marx himself, a figure who, for some reason, is barely mentioned in this book, despite the critical importance of his essay on the Jewish question. For some European socialists the Jews were identified with capitalism, and as bankers and factory owners they were regarded as rapacious exploiters of the working class. Moreover, not all pre-First World War socialists were free of traditional European antisemitism, with its roots in Christianity, despite their anti-clerical attitudes. This was true of their communist heirs as well, who often presented their crude, populist antisemitism in the guise of the more acceptable anti-Zionism in the post-Second World War period.

Other factors have been at work in consolidating the anti-Zionist position within elements of the European left recently. Israel was established in 1948, just as opposition to colonialism was gaining strength in the West. Were not the Zionists, despite their protestations, classical colonisers? And had they not driven the local Arab population from their homes and villages in pursuit of a nationalist (not really socialist) agenda? Such sentiments were not particularly strong in the 1950s, and surely the impact of the Holocaust was part of the reason for the sympathy that the young State of Israel enjoyed in many left-wing circles. But by the 1960s and 1970s things began to change: Israel became an occupying power as a result of the Six Day War, and in 1977 Menachem Begin, the leader of the Zionist nationalist right, was elected Prime Minister. Increasingly, not only the old left communists, Trotskyists, and fellow-travellers, but the anti-communist new left and some once pro-Israel liberals began to be more and more critical of the ‘Jewish state,’ its ethnocentrism and discriminatory policies vis-à-vis the Palestinians (both in Israel and, especially, in the territories), and of its growing religiosity. As Israel became more nationalist and less socialist, the left tended more and more to condemn exclusivist nationalism, seeing it as leading inevitably to ethnic cleansing and crimes against humanity (as occurred in the former Yugoslavia).

As for the political right, elements within it now identified Israel as a bastion of freedom and western values within a sea of Muslim dictatorships and terrorism – an idea that gained impetus by the events of 2001 in New York.

This, in essence, is Shindler’s story, and it is an important one. However, his book has some serious shortcomings. To a degree it is a rehash of material well known to scholars. The explanations for the attraction of Jews to the left are not new, nor are the discussion of communism and the Jews in any way path breaking. Parts of the book rely on secondary sources, mostly in English (although there is some use of Hebrew materials, and some evidence of archival research). On the other hand, those who come to this subject for the first time may feel overwhelmed by the vast amount of material presented here, especially as the author’s organisational scheme is not always easy to follow – for example, a discussion of Lenin’s views is suddenly interrupted by a discourse on Ernest Renan, followed by a review of the Polish socialists’ attitudes on the Jewish question (see pp. 19-22). There are, inevitably, some errors. For example, the Balfour Declaration did not promise the Jews ‘a sovereign nation-state’ in Palestine (p. 30). The author is no stylist, and the book is badly printed. Still, there is a lot of fascinating material that will be new to many, including discussions of rather obscure extreme left groups in such places as Mandatory Palestine and Belgium. I found the detailed treatment of the evolution of the British left’s attitude toward Zionism and Israel most interesting, ranging from the views of Trotskyists and communists to those of the Labour Party and the Guardian newspaper. When dealing with this material the author is interesting and, at least so far as I am concerned, innovative.

The ‘left’ in Shindler’s title refers mostly to the extreme left; much space is given to representatives of relatively small and not very significant communist and Trotskyist sects, and to the more extreme manifestations of the new left, while there is little information on more moderate European social democrats.

For example, Shindler writes in detail of Tony Cliff, admittedly a fascinating figure, who grew up in Palestine, joined Mapai at age 14, and eventually became a Trotskyist and anti-Zionist in Britain, while ignoring such people as Eduard Bernstein, a prominent (Jewish) leader of German social democracy and a pro-Zionist. Shindler writes as a moderate Zionist, for whom Zionism is the national liberation movement of the Jewish people, and cannot forgive those on the left who rejected and still reject the right of the Jews to their own state. For him the refusal of such revolutionaries as Lenin to recognise the Jews as a modern nation deserving of national rights represents the victory of dry theory over social reality. He notes, surely correctly, that many European leftists prefer universalist Jews to national Jews, and regard the triumph of right-wing nationalism in Israel as a defeat of authentic Judaism – the Judaism of high morality and social justice. At the end of his book, referring to the bitter polemics between Zionists and anti-Zionists, he pleads for the victory of moderation and realism over the extremism of both the haters of Israel on the left and the Israeli extreme right. He does not sound optimistic, and given the current situation in the Middle East one can understand why. 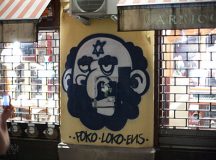 By Eve Garrard
Antisemitism is much more than a cognitive error. It attracts by providing the deep emotional... Read more > Winter 2013

By Gerald M. Steinberg
Will the new partnership between the Board of Deputies of British Jews and Oxfam challenge... Read more > Winter 2013

By David Hirsh
In the first half of the 20th century, most Jews failed to find their way... Read more > Winter 2013

By Colin Shindler
In his autobiography, Chaim Weizmann commented that Theodor Herzl was ‘not of the people’ despite... Read more > Winter 2013