by Evan Gottesman
BACK 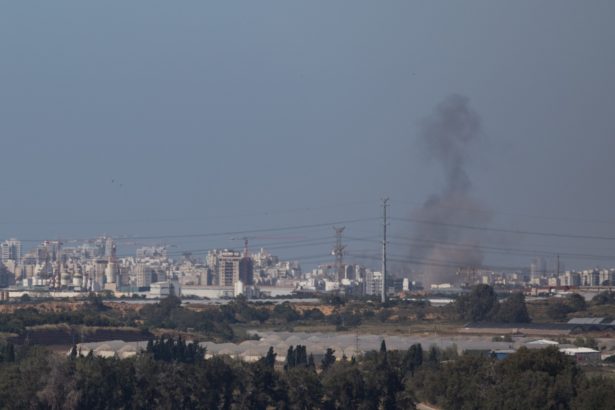 Smoke rises from a rocket fired from the Gaza Strip into the Israeli city of Ashkelon, as it seen from the Israeli side of the border, 4 May 2019. Image from Hadas Parush, Flash90.

Last weekend’s brief and bloody spat between Hamas and Islamic Jihad and Israel obscured another simmering crisis in Israeli-Palestinian relations: the Palestinian Authority’s continued refusal of partial tax transfers from Israel, which has been wielding the revenues as a means to punish the PA for its practice of martyr payments. The ongoing standoff illustrates increasing brinkmanship on the part of the PA, already unpopular with its public. It also lays bare how gravely Benjamin Netanyahu and his political allies have misjudged Palestinian motives, both on the PA side and with Hamas in Gaza.

A week ago, Prime Minister Benjamin Netanyahu and Finance Minister Moshe Kahlon scrambled to find a way to get the PA to accept tax revenues, which Israel collects on the Palestinians’ behalf pursuant to the 1994 Paris Protocol. Now the issue at hand is the Palestinian Authority Martyrs Fund, and the Israeli government has legislated itself into a corner. Last summer, the Knesset passed a law requiring Israel to deduct from tax revenues an amount equal to PA stipends for Palestinian “martyrs,” prisoners, and their families. A partial transfer would have been consistent with Israeli law and the right-wing government’s political objectives. But the PA has simply returned the money.

Setting aside for a moment that withholding Palestinian tax revenues violates Israel’s obligations under the Paris Protocol, it is also worth noting that in these situations Israel tends to be the party that gets burned. In 2015, for instance, Palestinian tax revenues were withheld after the PA moved to join the International Criminal Court. After a month in which 18,000 PA civil servants received only partial paychecks, Israel released the frozen funds in order to avert lasting damage to the Palestinian Authority. The Palestinians still joined the ICC.

The overriding Israeli logic about the Palestinian Authority long maintained that the Fatah-led regime can be dragged to the edge of the cliff and held there until it acquiesces to certain demands. The PA is so corrupt and authoritarian that a sense of self-preservation would always supersede whatever ideology the West Bank Palestinian leadership subscribed to. This line of thinking informed previous decisions by Israel to withhold tax revenues over other items like Palestinian membership in international institutions. The Israelis have always hoped that in such situations, the PA could be brought to heel, Israeli objectives fulfilled, and the benefits of the PA’s existence preserved — namely the highly successful security coordination between the IDF and Palestinian paramilitaries. But what the PA is doing now is certainly sticking to its principles, however odious those principles may be.

The United States, having surrendered much of its influence with the Palestinians after completely slashing aid to the West Bank and Gaza, was a non-factor in the past week’s events. The European Union, for its part, fumbled in formulating a solution, suggesting the PA dole out payments to prisoners and families based on their socio-economic status rather than the severity of the crimes they are jailed for (as the Martyrs Fund currently operates). The Palestinian Authority also rejected this proposal, which represents a serious misreading of Palestinian motivations. They are not simply welfare checks; rewarding armed resistance is exactly the point. This is widely popular in Palestinian society and is one of the few things the PA can put before their homegrown detractors as concrete evidence that they are not just collaborators with the occupation.

There are a two conceivable ways out of this crisis, but each of them represents a loss for Israel. If the Palestinian Authority continues to resist tax transfers, its actions will have serious repercussions across the West Bank, where the PA is the largest employer. Economic woes beget unrest, and some in the Israeli government think they are looking at the PA’s imminent collapse (creating a vacuum that is sure to be filled by Hamas and other extremists). While Israeli officials have expressed similar fears before, the ongoing dispute is more protracted than previous episodes. On the flip side, if Netanyahu caves, he will contravene a law his own government passed and once again demonstrate that Israel is operating unenforceable red lines on Palestinian conduct.

This brings us back to Gaza, where Netanyahu has conceded his strategy is to shore up Hamas in order to keep the PA-ruled West Bank areas and the Strip separate polities and forestall progress toward a two-state solution (which would require a politically unified Palestinian entity). Yet this strategy requires de facto propping up a terror organization at the expense of the internationally recognised West Bank Palestinian leadership. I am not suggesting uprooting Hamas through military means, but it bears repeating that the group only practices pragmatism in the short-run in service of a fanatical long-term agenda that includes the elimination of the State of Israel. Hamas appears to have extracted a number of benefits from the ceasefire following the latest round of fighting, including an infusion of Qatari cash temporarily delayed the previous weekend. Israelis may disagree with PA methods, such as attempts to join international organisations, but such campaigns are decidedly nonviolent. Hamas, by contrast, accrues favours through massive border demonstrations and rocket attacks that claim civilian lives and place much of south-central Israel in a state of siege. Israel has official relations with the West Bank Palestinian government and its security arrangements with the PA are overseen by a three-star American general. Israel’s ties with Hamas are, by contrast, conducted covertly through Egyptian mediators. The Israeli government may not like the Palestinian Authority or Hamas, but the events of the last seven days should serve as a stark reminder that one is a far less bad option than the other. 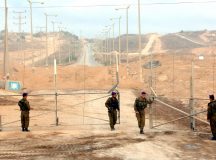 The Peace Process is Stuck. Israel Must Take...

By Asher Susser
Asher Susser believes that while the status quo is not sustainable, a final status agreement... Read more > May 2019 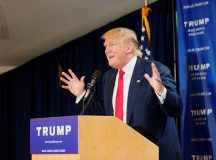 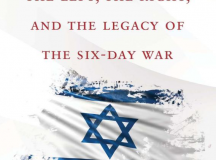 By Micah Goodman
Discussing his best selling book 'Catch 67', Micah Goodman tracks the evolution of the debate... Read more > May 2019