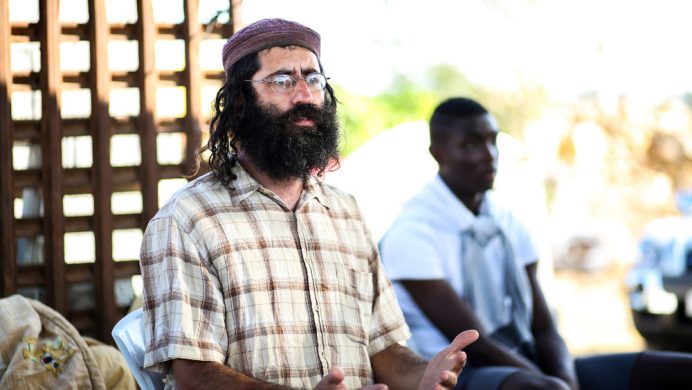 Rabbi Shaul Judelman is the Israeli co-Director for the NGO Roots, a unique network of local Palestinians and Israelis seeking peace. He responds to Peter Beinart’s recent essay in this opinion piece.

The Jewish people’s entrance into the Land of Israel begins with the walls of Jericho tumbling down. And the current period in our calendar – the three weeks following the walls of Jerusalem being breached leading to the destruction of the Temple – marks the exile of our people from that land.

Today’s Jewish headlines are laden with a struggle regarding those walls – in how they nurture us, hold us back, protect us or blind us. Walls clearly have many functions, and as we dare to dream of redemption – whether Daniel Gordis or Peter Beinart – the question of how those walls are experienced by the ‘Other’ takes on prime importance. The age-old tension that has been an essential axis of Zionism’s evolution between the survivalism of the particular or the universalist aspirations again rears its head. Don’t these walls allow us to nurture a Jewish renaissance within, while at the same time cutting us off from the presence and call of our neighbour/foe?

From a glance across social media, Beinart’s piece and the rebuttals seem to embed the two camps, (as is the tendency these days), instead of providing a rampart from which to recognise the truths, experience and hopes from both perspectives. Each speak with a tone determined to carry their reader into their domain, as each have stopped trying to live on the fence and are wielding their conclusions as a battering ram against the other’s worldview. The pathos seems to derive from the conviction that both opinions see themselves as struggling for the heart of what this Jewish story is all about, and the other as an opposing force.

Beinart is right to call out all the dangers. He is adept at owning up to blame. He describes his own process of shifting opinion as self-critical and in response to the realities and contradictions he sees on the ground. I’d coarsely summarise his position on heading towards a one-state based reality, as ‘taking down the walls’ – to remove the structure that has held the Jewish-Israeli mainstream and seek a new future. Perhaps on a deeper level it’s about liberating Judaism from nationalism – that truly evil word of previous centuries. ‘We can’t do it better’ he seems to be saying. ‘And if our version isn’t different than any other national project, we should shift the focus of our peoplehood from that nationalist form’.

That suggestion sounds like suicide to the national project for Gordis and many others. But beyond the critique against projecting a Palestinian partner that Gordis doesn’t see existing, his response bristles with something else. It seems clear that Beinart’s offence is disregarding the trauma of the Israeli experience at Palestinian violent resistance and psychoanalysing it as a result of the Holocausts trauma and obsession. Beinart seemingly feels that that Israeli pain and fear less, and has placed the universal before their particular, lived experience. The inherent tension here between the American liberal Jewish experience and the Israeli Jewish experience of fight or flight is on full-display, and the scathing paragraph about Beinart’s allegiance is the result.

Beinart seeks to tempt us again to abandon our identity based on our pain and loss for a freer Judaism. Jerusalem for Yavne, where, as the capital lay besieged by the Romans in the first century CE, an intellectual elite escaped to reimagine Judaism anew.

The hope that this removing of the walls for a utopian one-state paradise of equality and peace sure sounds tempting from one side. Yet potentially suicidal from the other.

Perhaps it is the role of the Jew from the Diaspora to see ‘how we look’ from the outside. But this vantage point has an inherent challenge, in that it comes from outside the walls. And it clearly describes a reality that is far from what most Israelis live and experience.

But an even deeper sense of betrayal seethes in Gordis’ words. For in Beinart’s willingness to remove the national structure of a Jewish state, he seems to suggest that the project inside the walls hasn’t justified itself as worthy of preserving.

Walls ensure that we can’t see. In fact, one of the defence-based arguments against walls is that they cut you off from what’s happening on the other side. But the more insidious walls in this land are those which keep us from acknowledging the other side’s roots and belonging to this land. And from seeing each other’s experience in this conflict.

Taking a wall down between two narratives is a powerful statement about recognising equality. For Israelis and Palestinians to remove these walls, both need to hear that from each other.

But will taking walls down make either feel safe? Isn’t that the reason both sides deny the others historical claims – because to equalise the narratives somehow dilutes the ‘rightness’ of our claim? Walls exists because neither side trusts it will survive without them.

While Beinart riles against the fatalism of survival and concludes that the time has come to remove the walls, Gordis focuses on what the walls have allowed. One sees the external armaments while the other sees the paintings hanging inside. The wall is there to protect a fruit – the flourishing of a society and culture that needs its own space to develop, from which it can then interact beyond its walls. But the wall and its wounds are also blinding us from that world beyond.  If there is one conclusion of Beinart that seems to offend Gordis’ Zionism, it is the apparent conclusion that the project inside the walls hasn’t justified itself as worthy of being preserved.

As long as I’m sitting on the fence, I’d like to take Beinart’s call to seek equality and break out of paradigms that are stuck in facades and walls previously built. But I want to treasure and work from the fruit within, the creative spirit and story that those walls have nurtured. Gordis’ last paragraphs about the resilience and willingness of Israeli culture to face the imperfections, and work to fix them, ring true – and here I wonder if the enmity between the vitriol is really needed.

Palestinian history has been, in a sense, about the lack of the right to put up their own wall. To self-define and actually embark on their nation-building process. Israeli history has followed around the necessity to build walls, to protect our life and culture. Can we just break out of these histories? Can the momentum from both national struggles flip into a new vector?

Many years ago, a joint activity was arranged between Israeli and Palestinian kids from Israeli Tekoa and Palestinian Tuqu’. As the bus drove the children together towards the facilities in Efrat it passed through the Palestinian Tuqu’ and one of the Israeli’s instinctively called out to close the windows in case of rock-throwing. ‘But the Palestinians are already inside with us in the bus!’ called back the young voices from behind.

Can we really close the walls with us both inside as Beinart calls, and honour the call for self-determination? And if we decide we can’t, can this homeland bear the scar of a wall within?

As we seek to bridge the gap between nationalism and universalism, the question of the walls – those structures that shield our identities – bursts forth. From the dismantling of the Berlin Wall to the anti-immigration policies, this tension is not unique to the Israeli-Palestinian experience. But perhaps a land that holds the claim of home for two nations in conflict is the fertile crescent from which a new paradigm can evolve. 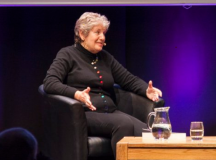 By Lyn Julius
Lyn Julius is the author of Uprooted: How 3000 Years of Jewish Civilization in the... Read more > July 2020 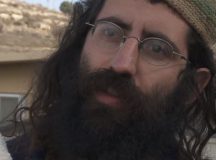 We must not be afraid to talk about...

By Shaul Judelman
Shaul Judelman is a Jewish Israeli living in the Gush Etzion settlement and he is... Read more > July 2020