Fathom > May 2022 > Fathom Opinion | ‘We are suffocating among people who think that they are absolutely right’: When totalitarian speech invades the campus

Fathom Opinion | ‘We are suffocating among people who think that they are absolutely right’: When totalitarian speech invades the campus 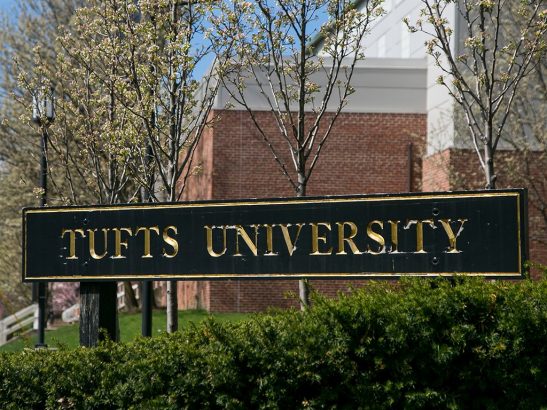 Hedda Harari-Spencer is a Senior Lecturer in Hebrew at Tufts University. All translations from French are her own.

French journalist Jean Birnbaum’s Le courage de la nuance [The Courage of Nuance, 2021] praises the contribution of mid-twentieth-century intellectuals, figures such as Albert Camus, George Orwell, George Bernanos, Hannah Arendt, and others, who fought the totalitarian ideas of the time, opposing the use of extremist language in public debates, including those from their side of the political spectrum. As Camus noted, ‘We are suffocating among people who think that they are absolutely right.’ Birnbaum connects Camus’s thought to our current moment, observing that ‘a growing number of people today would agree that the air is becoming unbreathable.’ Indeed it has become so in America. Much of the language on college campuses, with the inability to openly discuss and debate contentious topics such as the Israeli-Palestinian conflict, can make one choke.

When speakers, writers, and teachers present situations without nuance and context, they seek to guide listeners, readers, and students to pre-selected findings and not allow independent thought and decision-making. Birnbaum wants us to remember the integral need for skepticism in forming our opinions, of questioning all sides. From Bernanos we can learn that ‘nuance is necessary to overcome blindness.’ When we repeat slogans without questioning them, we distance ourselves from the complexity of reality. And by rejecting a plurality of opinions, we endanger our democratic, free, open societies.

Others in France have raised similar concerns about the lack of free speech. Lawyer Richard Malka represented the magazine Charlie Hebdo in a recent trial that convicted six people as accomplices to the 2015 terrorist attacks. He later turned his closing remarks into Le droit d’emmerder Dieu [The Right to Piss Off God, 2021]. He asserts that ‘an idea that we do not criticise becomes a dogma’. On college campuses, we should tear down dogmas, not build them up. Malka proffers ‘the persons who consider that their belief should not be discussed are generally the ones who respect humans the least.’

I thought of Birnbaum and Malka when I read ‘Justice Through BDS,’ a recent opinion piece by the Tufts University chapter of the Students for Justice for Palestine (SJP) that demands their peers boycott any student group or organisation that ‘normalises or benefits’ Israel. SJP singles out for special condemnation a student-run course, ‘Visions of Peace,’ that discusses the Israeli-Palestinian conflict through diverse points of views with the aim of creating dialogue. Yes, I thought, they too think they are absolutely right. By targeting these student organisations, they too seek to suffocate all other views.

They do so by turning a complex, generations-long conflict into soundbites and slogans – ‘colonialism,’ ‘Apartheid,’ etc. –each bit of the new lexicon meant to be unquestioned on pain of expulsion from the community of the good. The piece calls on students to give unqualified solidarity to all ‘those oppressed by these systems.’ By refusing to engage with those who think differently, by casting them as moral monsters to be shouted down, SJP and the larger BDS movement reject opportunities for open dialogue and the building of mutual recognition.

Disappointingly to many of us seeking dialogue, which is the most constructive way to build empathy and ensure long-term change, the Middle Eastern Studies Association (MESA) recently endorsed the BDS in boycotting Israeli academic institutions, an act of discrimination that goes against academic freedom. MESA, BDS, and SJP all wish to impose One Correct Truth by cancelling all challenges to that Truth. Falling on deaf ears these days is a plea by another figure from Birnbaum’s pantheon, Raymond Aron, that a teacher should ‘not convey a specific truth but rather an approach to thinking.’ Aron, elaborates Birnbaum, practices uncertainty, a mindset ‘that not only shapes intellectual ethics but also forms the foundation of the democratic civilisation’. Birnbaum reminds us that a ‘lively diversity of opinions makes the domination of one unique truth impossible.’ But that is precisely the point; BDS and its supporters seek to dominate public opinion.

The Tufts University motto is Pax et Lux, Peace and Light. Harvard’s motto Veritas, Truth, appears on many t-shirts in Boston. Yale has ‘Light and Truth’ in Hebrew on its coat of arm. By ignoring the growing cancel culture that has developed on college campuses across the United States in recent years, for which anti-Israel rhetoric forms one part, university leaders are allowing a new darkness to descend. University leaders have a duty to foster an environment of openness, where everyone, Jewish students included, have the right to express their own opinions without being silenced, cancelled, or, worse, threatened. Academic institutions across the US have rightly undertaken DEI (Diversity, Equity and Inclusion) initiatives in the past two years. In building diversity and equity, one cannot lose sight of inclusion.

Much is at stake here. As Malka reminds us, ‘the freedom to critique all ideas and thoughts is the lock that keeps the monster of totalitarianism in its cage’. 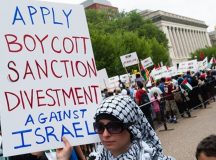 Israel and the Left: Three Studies of the...

By Cary Nelson
A system is now in place to grant inaccurate and exaggerated ‘anti-Zionist’ claims credibility by... Read more > May 2022 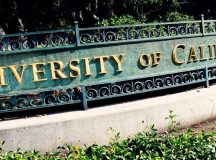 The Anti-Israel Politicisation of the US Academy: The...