Fathom > December 2020 > Opinion | Jews are asking for protection from their universities from antisemitism. David Feldman’s ‘All Lives Matter’ response is not helpful

Opinion | Jews are asking for protection from their universities from antisemitism. David Feldman’s ‘All Lives Matter’ response is not helpful 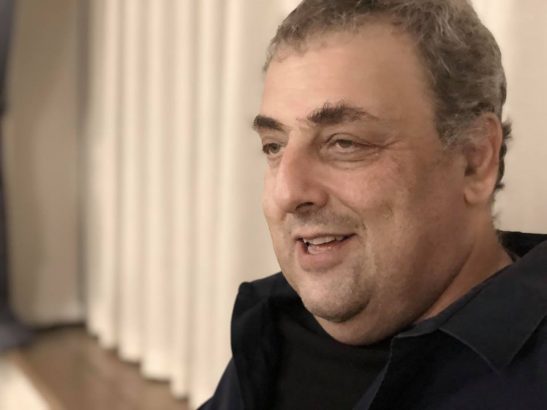 This is a response to an article by David Feldman, ‘The government should not impose a faulty definition of antisemitism on universities’, published by The Guardian on 2 December 2020. David Hirsh is author of Contemporary Left Antisemitism (Routledge 2018). This opinion piece first appeared at the Engage blog and is reproduced here with thanks to David.

After recently co-writing a decent article on antisemitism, David Feldman, the Director of Birkbeck’s Pears Institute for the Study of Antisemitism, has now reverted back to the politics that drove his meek complicity with the Chakrabarti whitewash of Labour antisemitism in 2016. And he didn’t even get a seat in the House of Lords.

The Union of Jewish Students and other institutions of the Jewish community, as well as the government’s independent advisor on antisemitism John Mann, have been campaigning for universities to adopt the IHRA definition of antisemitism. They say that the adoption of IHRA would give Jewish students and members of staff some confidence that they could hope for protection if they experienced antisemitism on campus.

And such antisemitism is commonplace in UK universities. Last week I was contacted by a student whose lecturer taught that IHRA was a pretext to silence criticism of Israel and by another whose Masters dissertation was failed because she wrote in the ‘wrong’ framework about Israel and Palestine. This kind of antisemitism is harder to sustain in institutions which have adopted IHRA.

In the Guardian article, Feldman characterises the universities which make a point of not allowing IHRA to be part of their official armoury against antisemitism as ‘refusenik’.

The refuseniks were overwhelmingly Jews in the Soviet Union who were refused permission to go to Israel, although there were others too who were refused permission to leave. They were denounced as Zionist agents of imperialism, they were purged from their jobs, they were deported to Siberia, they were imprisoned, murdered and tortured. The refuseniks were victims of antisemitism at the hands of a totalitarian state which called itself ‘Marxist’ and which demonised Zionism as the enemy of mankind.

Feldman turns this upside down. Today, for him, the refuseniks are the ideological descendants not of the Soviet Jews but of their oppressors, the apparatchiks and Party men who denounced Jews as particularist, pro-apartheid and privileged.

Jews go to their institutions and ask for protection against antisemitism. Feldman answers that all students and staff should be protected from all racism. He responds to ‘Jewish Lives Matter’ in a rather ‘All lives matter’ way.

Feldman says that the adoption of clear and specific protections against antisemitism would ‘privilege one group over others by giving them additional protections’.

In the 1840s in Germany, Bruno Bauer famously insisted that Jews should expect no special treatment. Progressives should not support equal rights for Jews until they had emancipated themselves from their own reactionary Judaism, and were prepared to fight for freedom alongside everybody else. The portrayal of the struggle against antisemitism as a demand for Jewish privilege is as old as antisemitism itself.

Bauer is famous because this ostensibly universalist attack on the special pleadings of the Jews was opposed with great clarity by Karl Marx himself, who argued against Bauer, and in favour of the democratic state unconditionally granting equal rights to Jews. It is ironic, (but who am I to judge?), that today’s left has more in common with Bauer, who most of them have never heard of, than with Marx, who they think they idolise.

Feldman even seems to include Jeremy Corbyn’s Labour Party, judged by the Equality and Human Rights Commission to have unlawfully harassed its Jewish members, as ‘refusenik’ with respect to IHRA.

The EHRC report on the Labour Party added a new explicit principle to IHRA, although in reality it was nothing more than a re-statement of the Macpherson principle with respect to antisemitism. Macpherson established that if somebody says they have experienced racism then you should begin by assuming that they’re right.

Ken Livingstone says that if that person can be designated as Zionist, then the assumption should be reversed: you should begin by assuming that they are lying in the hope of de-legitimising criticism of Israel and smearing the left.

The new EHRC principle is that this very standard response, the Livingstone Formulation, is itself antisemitic. The practice of assuming that Jews are faking antisemitism in order to smear the left and silence free speech is itself antisemitic. It puts Jews outside of the community of rational discourse by refusing to engage with the truth of what they say, and attacking their imputed motivation instead. It is said that Jews ‘weaponise’ antisemitism; but really antisemitism has always been a weapon targeted at Jews.

Opposition to IHRA takes this antisemitic form. It is said that IHRA is an instrument which portrays itself as being about one thing but is really about another. It claims to be about antisemitism but it is really about accomplishing illegitimate Zionist interest by dishonest means.

So look at IHRA. Is it true that it silences freedom of speech? No. First, people are free to articulate antisemitic speech so long as it does not constitute harassment or incitement to violence. But Second, IHRA is a framework for thinking about what is antisemitic, not a machine which can automatically designate certain kinds of speech as antisemtic.

David Feldman makes much of his worry that people who want to boycott Israel, that is who want to exclude Israelis from the global community of science, scholarship, sport, arts and business, might be accused of antisemitism. Yet we know that wherever the boycott movement has taken root over the last 20 years, antisemitic harassment, discourse and exclusions have followed. David Feldman has still not really recognised the poison that moved from the academic unions into the broader labour movement and which then fuelled Labour antisemitism. He still doesn’t seem to understand how the Corbyn faction, which thought of itself as antiracist, ended up being found guilty of unlawful harassment of Jews by the commission which Labour itself had set up to strengthen the equality culture in Britain. Antisemitism came into the Labour Party via the boycott movement. The campaign to boycott Israel is antisemitic, but it is not designated as such by IHRA.

It is said that Palestinians should be allowed to describe their own oppression in whatever ways they see fit. And they are so allowed. But if some Palestinians choose to describe their own oppression in antisemitc ways then we, and our universities, have the right to say so. Nobody would argue that the Jewish experience of antisemitism gives Jews the right to adopt racism against others. When Jews do this, they are rightly criticised.

David Feldman finishes with a restatement of the description of antisemitism that he put forward in his Jewish Quarterly article with Ben Gidley and Brendan McGeever. There is antisemitism on our campuses, he says, but ‘this largely reflects a reservoir of images and narratives accumulated over centuries and deeply embedded in our culture’. He does not explain why people who think of themselves as antiracists on our campuses today are picking up and running with the antisemitic tropes they find in that reservoir. Feldman’s description is light on agency and the responsibility.

For Jews in universities it is no consolation that the antisemitism they face is simply a matter of the existence of a cultural reservoir full of things that can hurt them. What they need is assurance from their colleagues and from their institutions that these landmines from past conflicts will not be scattered around campus now, by people they work with, study with and are taught by. They want the people who scatter them around to be held responsible. Antisemitism is the problem, not the specific tropes that antisemites pick up and weaponise against us. And the IHRA definition is a small element of the the work of designating those reservoirs as toxic.

By David Hirsh
Abstract This paper is about a preference within contemporary left-wing culture for defining opponents as... Read more > December 2020

By Alan Johnson
A shorter version of this talk was delivered as a contribution to a panel discussion... Read more > December 2020 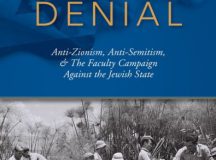 By Eve Garrard
This is a horrifying book. Not because it's a bad book – on the contrary,... Read more > December 2020