Fathom > Spring 2014 > Dispatches from the front: a quarterly report from a roving ambassador for Israel

Dispatches from the front: a quarterly report from a roving ambassador for Israel 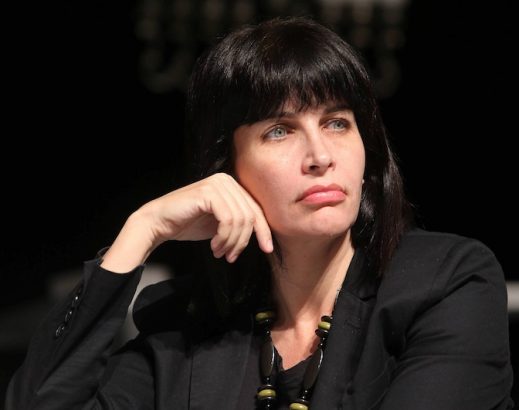 Welcome to Einat Wilf’s new Fathom column. A former MK and now a roving global ambassador for Israel and Zionism, she will send a quarterly dispatch from life at ‘the front.’ In this inaugural column she highlights the importance of delegations to Israel as the best tool to help people think in more nuanced ways about Israel.

Aroving ambassador-at-large for Israel and Zionism: that has been my unofficial title for the past year, as I found myself spending most of my time thinking, writing, and speaking on behalf of Israel, Zionism, and the Jewish state, at home and abroad. The word hasbara – in Hebrew, the act of explaining – is used to denote the work of advocacy for Israel. This word is often denigrated by outsiders, as well as many insiders. Israel’s official advocates are pathetic, they say, to think that the cause of Israel’s image problem is a lack of clear explanation.

But, if the past year has taught me anything, it is that some fundamental concepts need exactly what people are mocking –explanations. Whether it is ‘Zionism’, ‘the Jewish People’ or ‘the Jewish State’, these concepts are poorly understood and, often, badly misunderstood. So, to all the nay-sayers, I reply: unfortunately, there is no other way to address these misunderstandings than to explain, providing a broad overview of what these words meant in the past, what they mean today, and to whom.

The work of hasbara, of public diplomacy and advocacy, is also frequently imagined as high-flying live television debates when (hopefully) the eloquent Israeli sticks it to the anti-Israel speaker of the moment. However, hasbara goes far beyond this. Truly effective and long-lasting hasbara is about explaining the ideas and circumstances that formed the foundation of Israel’s existence. And there is a growing audience for this. It only seems that we live in an ADHD world of sound bites, of crude black and white ‘analysis’, of simplistic notions of good and evil. Actually, I find that people want so much more than that. They want to understand, to appreciate complexity, to really ‘get it’. I’ve been meeting these kinds of people in Israel in recent years. They come on delegations organised by a wide variety of groups, and it is these delegations – when thoughtfully designed and expertly carried out – that are perhaps the best tool for getting people to think in more nuanced and complex ways about Israel.

The reason why delegations work so well is that in the case of Israel, the product is still far better than the image. Some would suggest that this says more about the image than the product, but the fact remains that almost all the people I’ve met are deeply and positively surprised by the reality of Israel – they are struck by its vibrancy, diversity, dynamism and openness. And while many come expecting a searing cauldron of explosive religious and ethnic violence, they are surprised by the sense of security and calm they experience once on its streets.

In short, when people come to Israel, they realise there is a gap between the image and the reality. Only then are they are open to revisiting their assumptions and eager to really get to grips with Israel, Zionism, and the Jewish people. Once here, they are willing to devote hours, even days, to better understand these concepts, the issues that shape Israel, and the challenges it faces.

I meet many of these delegations – and many more of them have been coming to Israel in recent years – and it is always a pleasure to see the sheer diversity: from Canadians to Indians to Chinese; from African-American Church leaders to atheist Scandinavians; from cynical British journalists to enthusiastic Hollywood producers; from members of parliament to those hoping to replace them; from global students of international relations to Jewish activists, and more. And I have come to see that when it comes to discussing Zionism, Judaism and the concept of the Jewish state, each group reads these foundational concepts through the lens of their own national, cultural, and historical context.

For example, I was recently fascinated to encounter a delegation of Indian businessmen deeply disturbed by the implications of Zionism for India; telling me that in India, if every people with a shared history, language, and culture dating back centuries were to want their own state, India would disintegrate into 500 different countries. They broadly accepted the idea of national self-determination (as it was certainly critical to their own modern liberation), but somehow the implications of Zionism – perhaps because it rested on such ancient connections, or perhaps because it only applied to only a few million people – were greater to them. Chinese academics, on the other hand, were comfortable with the idea of Judaism as an ancient civilisation and the unity of a people, a country, a language and a culture that is Israel, as well as with the goal of Zionism. To them, Judaism made much more sense as a civilisation than when it was reduced to a religion. Scandinavian atheists who thought that the Jewish state was strictly a religious idea were visibly relieved to learn that Zionism was, at its founding, a secular and even atheist endeavour, to which there are still many heirs in Israel. Yet African-American church leaders felt that my service to the Jewish people and the Jewish state meant that, at the core, I was a woman of God.

Ultimately, through all the diversity emerges a theme: commonality. Today, all peoples and all groups are struggling with questions of history, culture, religion, land, country, sovereignty, solidarity, identity and morality in the context of globalised modernity. Moreover, it is evident that none have found ‘the answer’. Once the comfortable surface is scratched, no person and no peoples are truly at ease with all these dilemmas and struggles. In this context, the story of Zionism, unique and special, becomes part of a global mosaic of peoples struggling to make sense of this world, to find a place within it to call their own, a place they can feel at once a part and of the whole – a universal experience. It is when we engage in dialogue that we can understand this commonality and universality. Done well, it is the indispensable work of hasbara to help all peoples to see this commonality plain.

By Einat Wilf
For the sake of peace, reform of the United Nations Relief and Works Agency (UNRWA)... Read more > Spring 2014

By Mike Prashker
The story we tell about Israel should take its cue from Danny Boyle’s glorious but... Read more > Spring 2014

By Gerald M. Steinberg
Will the new partnership between the Board of Deputies of British Jews and Oxfam challenge... Read more > Spring 2014

By Colin Shindler
In his autobiography, Chaim Weizmann commented that Theodor Herzl was ‘not of the people’ despite... Read more > Spring 2014