by Kathleen Hayes
BACK 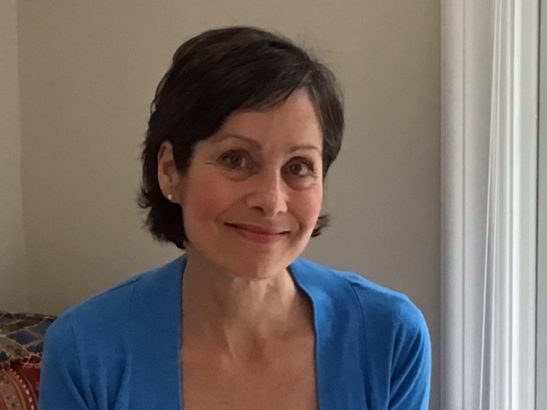 Kathleen Hayes is the author of the Fathom articles ‘Antisemitism and the Left: A Memoir’ and ‘“Punch a TERF” and “Smash the Zionists”: Misogyny and Antisemitism in the Contemporary Western Left’

I just spent an eventful two weeks in London. The Queen died, I got Covid, but to me the main event was the inaugural conference of the London Centre for the Study of Contemporary Antisemitism, founded by David Hirsh.

The new Centre aims to combat antisemitism in public life and universities and support scholars of antisemitism against a generally hostile intellectual climate. I’m not an academic and am perhaps temperamentally unsuited to be, but I support the cause wholeheartedly and was excited at the prospect of meeting tremendous people known only through email and Zoom. So I booked a good catsitter and flew out from California.

My first sight of David Hirsh in person was an imposing figure behind a laptop and a wall of Coke Zero cans, who greeted me with a hug and ushered me into his home. I’d come hoping to be useful in the days before the Centre’s Sunday public launch, but although David seemed beleaguered it wasn’t clear how I could help. Within minutes of my arrival, his battered laptop went into apparently terminal decline—its screen intermittently going black before flickering back to life—and almost my first activity was tagging along to the local computer repair shop. When it became clear nothing could be done without abandoning the laptop during the busiest week of David’s life, the decision was made to return home with the ailing machine and hope for the best. Then and throughout, I was struck by David’s unflappability. He seemed able to handle whatever came, often laughing at the absurdity of it.

The next day came the news of the Queen’s death. I had doubts about whether it was necessary to postpone the Sunday launch in response, but I respect the judgment of those who made the decision and know it must have been wrenching. By midday Friday the theatre had been canceled and emails sent explaining why. I ended up spending Sunday traveling to Buckingham Palace with, apparently, half the city’s population. I’m no monarchist, to the point that during the ten years I lived in London I made it almost a principle not to know where Buckingham Palace is. Still there was something moving about the streams of people bearing bouquets, seemingly united in sorrow and homage.

At Russell Square I came across a somber ceremony formally acknowledging the new monarch. A podium held a ceremonially berobed figure and choir, local notables clad in black. Keir Starmer was there, looking earnest. A short distance away there was an intrepid republican protest, consisting of a curly-haired man in a straw hat and a glum-looking teenager, presumably his son. ‘Not my king’, one sign read, and ‘Abolish the monarchy’. I chatted sympathetically with the ringleader for a few minutes and left as the choir started crooning ‘Chariots of Fire’.

The conference began the next day in Bloomsbury, near the sprawling hotel where, thirty years ago as a young Trotskyist, I attended an international gathering to strategise the fight for proletarian revolution. Here a different energy prevailed. About 86 presentations took place in three parallel panels over two days, in what sometimes felt like the academic equivalent of an Ironman triathlon. There were discussions on Jeffrey Herf’s book debunking the claim Israel’s founding was supported by imperialism; Izabella Tabarovsky’s presentation on Soviet antizionism as a conspiracy theory; David Seymour’s reappraisal of ‘eternal antisemitism’ through the writings of Hegel, Marx and Nietzsche and continuing to today… too many interesting talks to list, discussion of which sometimes ended with David Hirsh booming from the back of the room, ‘Time’s up!’ Matthias Küntzel gave a fascinating, disturbing address—originally slated for Sunday, the anniversary of 9/11—about the downplaying in the West of antisemitism as a central motive for that terrorist attack.

The discussion on my presentation on my Fathom article ‘“Punch a TERF” and “Smash the Zionists”: Misogyny and Antisemitism in the Contemporary Western Left’ turned volatile. Although my red dress met with general approval, my address did not so much. The woke illiberalism I’d written about in the paper was on display during my talk, when I was interrupted by the Chair and accused by audience members of making ‘transphobic’ arguments. As per usual in this ‘debate’, no one addressed any of my points that the unthinking erasure of women’s sex-based rights is doing serious harm – particularly to women, gays and lesbians and distressed, often gay or autistic young people. I’ll reply to these and other critics at a future date; here I’ll just say it was so disappointing to see anew that a fine mind and a commitment to fighting antisemitism do not necessarily safeguard against believing some truly retrograde ideas. I’m grateful to the many who showed me support.

Two days after the conference, just before I was scheduled to return to my cats, I felt very sick and two stark lines on a home test confirmed I had Covid. I rebooked my flight and David Hirsh, mensch, had paracetamol, Kleenex and groceries delivered to my hotel room, which are sustaining me as I write this. I feel rather philosophical about it, because I have no regrets about coming here and hope the other attendees I’ve heard contracted Covid feel similarly and are also recovering well. For two and a half years I went almost nowhere, saw almost no one. Communication largely happened over a computer screen, briefly providing a sense of connection before reverting to a blank screen and renewed plunge into aloneness. The London conference was a triumph over the pandemic—not the virus, unfortunately, which is proving intractable, but the enforced isolation.

But above all it was a victory over those who claim that studying and combatting antisemitism is an illegitimate ‘right-wing’ interest, a concern only to racists and reactionaries. It was liberating to speak together about the complexities of the oldest hatred and how to fight it, without having to defend ourselves for thinking it important. Clearly we did not always agree, but thanks to the Centre there is a network for continuing the struggle and the debates. I’m honoured to have taken part and hopeful about the project’s future. 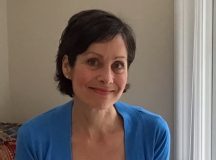 Fathoming the Intellectual Revolution of our Time (1)...