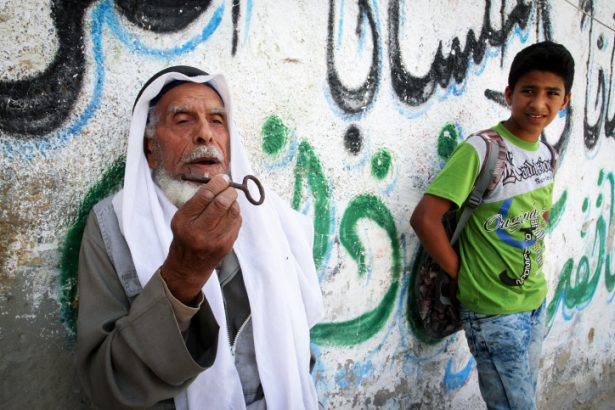 A Palestinian man holds a key to symbolise the homes Palestinian refugees left during the 1948 War of Independence, Khan Younis 15 May 2016. Photo by Abed Rahim Khatib. Flash90.

Dr Simon A. Waldman is the author of Anglo-American Diplomacy and the Palestinian Refugee Problem, 1948-1951. In this opinion piece he makes the case for the urgent institutional reform and restructuring of the United Nations Relief and Works Agency for Palestinian refugees (UNRWA) before other countries follow Trump and cut funding, making the humanitarian work of UNRWA impossible.

In many countries, it’s a serious offence to burn or destroy currency. Get caught doing it and you might find yourself with a fine or even prison time. However, by unconditionally funding the UN Relief and Works Agency for Palestinian refugees (UNRWA), burning money is exactly what successive governments have been doing.

For years the US and its allies, namely, Britain, the EU and Saudi Arabia have supported UNRWA. President Donald Trump’s decision earlier in the year to cut American funding by half marks a stark departure from previous administrations, since UNRWA was founded almost 70 years ago.

UNRWA was established in December 1949 following UN General Assembly Resolution 302 which called for a body to help Palestinians who either fled or were expelled during the 1948 Palestine War and encamped in neighbouring Arab countries. Later, the body took on the extra duties of schooling and healthcare. But the actual impetus behind establishing UNRWA was to resettle the refugees, and to do so as quickly as possible in order to help bring about a peace between Israel and the Arab states.

The idea was to use refugee labour for large-scale Middle East development projects. This would, or so it was thought, increase the economic productivity and infrastructural growth of the Middle East while eradicating Palestinian dependency, extremism and social stigmas associated with refugeeism. Meanwhile, the refugees would be resettled. UNRWA was the body that was supposed to make it happen. Although his may sound somewhat lofty, there were precedents for such grandiose ambitions, the Marshall Plan and the redevelopment of Europe and Japan after the devastation of World War II.

UNRWA was a product of an international diplomatic effort to solve the Palestinian refugee problem, which had come to an impasse over the refugee issue. US, British, French and UN officials reasoned that if the Palestinian refugees were resettled in Arab countries in a manner which would be of financial benefit and economic productivity to the region, Israelis and Arabs would be free to conclude a peace agreement.

However, the early years of UNRWA were an unmitigated disaster. The US and Britain, its chief architects, overestimated the feasibility of these development programmes. Moreover, the Arab states and the refugees themselves especially, resisted such efforts. They saw them, correctly, as an attempt to bypass a political settlement of the Palestinian refugee problem which they believed was enshrined in UN General Assembly Resolution 194, which states, ‘the refugees wishing to return to their homes and live at peace with their neighbours should be permitted to do so at the earliest practicable date,’ a clause which later became known as the Palestinian right of return. Indeed, as UNRWA Commissioner-General Pierre Krahenbuhl commented towards the end of 2017 when future funding for the organisation was in doubt, ‘I stand here within the Old City of Jerusalem to assure you —the Palestine Refugees —that UNRWA is more determined than ever to protect your rights and meet your needs.’ The turn of phrase ‘your rights’ was no coincidence, he meant the Palestinian right of return.

Bureaucratic, badly managed, constantly overspending, UNRWA is almost always in a state of crisis and in the need of a bail out. And not only does it get one every year, but it receives its yearly lifeline without being obligated to restructure or reform. This is not to say that UNRWA does not do good work. It does plenty. Shelter, healthcare and education benefit millions not only in the West Bank and Gaza Strip, but also in Syria, Lebanon and Jordan. There’s also emergency relief, sanitation and psychological support for the 1948 Palestinian refugees (and to some extent 1967 refugees), and their descendants.

But here lies the problem. Instead of weaning refugees from dependency as was originally intended, over the course of decades Palestinians became reliant on UNRWA, whose operational definition of a ‘refugee’ includes the children, grandchildren, and great-grandchildren of the original refugees. In doing so, instead of encouraging the resettlement and rehabilitation of descendants of the original refugees, UNRWA, with the support of western nations, has perpetuated their misery.

And then there’s UNRWA’s less than savoury activities. During Israel’s 2014 war against Hamas in Gaza, for example, there were several cases of UNRWA facilities (schools or hospitals) being used by militants to hide missiles to be fired at civilians in Israeli towns. There have been cases of UNRWA summer camps being named after terrorists and numerous occasions of UNRWA teachers inciting anti-Semitic violence. This led the government of Canada’s then Prime Minister Stephen Harper to cease funding UNRWA, a policy reversed by his successor Justin Trudeau in 2016.

And here lies the dilemma. While UNRWA provides essential services to millions of Palestinians and the humanitarian consequences of ceasing such work would no doubt be dire, UNRWA is also an obstacle to peace as it perpetuates one of the most intractable aspects of the Arab-Israeli impasse, the Palestinian refugee problem. Not only is the institutional reform and restructuring of UNRWA essential, but so are its very aims and objectives. The international community should reappraise the role of UNRWA before other countries follow Trump and Harper and cut funding.

By Einat Wilf
For the sake of peace, reform of the United Nations Relief and Works Agency (UNRWA)... Read more > Article 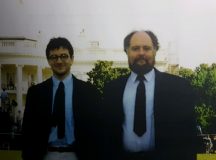