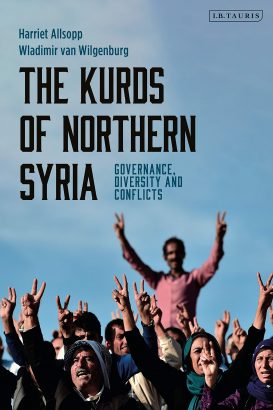 Following the infamous, and seemingly unstoppable, rise of the Islamic State (ISIS) and its bloody takeover of large swathes of Syria and Iraq in 2014, a minority in northeast Syria, until then little-known, successfully resisted and ultimately rolled back that marauding group. Among all the Kurds of the Middle East before that fateful year, arguably the least was known about the Kurds of Syria. This minority, many of whom are not even Syrian citizens, was aptly described by Michael Gunter, a veteran analyst on Kurdish affairs, as having come ‘out of nowhere’.

Since attaining de-facto autonomy in northern Syria in 2012, the Kurds have consolidated their control and expanded, governing roughly one-third of Syria upon destroying the ISIS caliphate with the backing of the US-led coalition. The Kurds of Northern Syria: Governance, Diversity and Conflicts provides its reader with a very balanced academic account on the origins of this de-facto autonomy, its consolidation, as well as its various successes and failures. Harriet Allsopp and Wladimir van Wilgenburg are arguably the two best people to write such a book: Allsopp for her meticulous academic research on the Syrian Kurds and their region, and Wilgenburg for his extensive on-the-ground reporting in northeast Syria over the last seven years.

The book traces the origins of Syrian Kurdish political parties, which were repressed for decades by successive Syrian regimes, from the late 1950s, when the ‘parties of the 1957 genealogy’ were established, up until the present, with the establishment of the autonomous system in the region by the leading Democratic Union Party (PYD). One important distinction the authors note between those older Syrian Kurdish parties and the PYD today is that while the former ‘were shaped through reference to state discrimination experienced by Kurds in Syria, the PYD internal code instead concentrated on its ideological and political visions of a democratic society’.

The PYD sought to achieve this vision of a democratic society by implementing the democratic confederalism idea advocated by jailed Kurdistan Workers’ Party (PKK) leader Abdullah Ocalan, who was heavily influenced by the writings of the late American libertarian socialist and anarchist Murray Bookchin. Bookchin, the authors note, ‘argued that hierarchical relationships, not capital, were our original sin and that ecological problems that we faced were the result of those relations of domination’. In adherence to this, PYD-led northeast Syria never sought independence nor a Kurdish state in northern Syria since it perceives the nation-state as supportive of these ‘hierarchical relationships’. Instead, the group favoured the establishment of decentralised governmental structures. The book later notes the somewhat ironic fact that ‘although hierarchies of political skill and intellect were dismissed in Abdullah Ocalan’s ideology, levels of commitment and allegiance to the ideology itself formed alternative hierarchies embedded in the democratic autonomy governance system.’

The bulk of this book is based on original research. Field research and surveys from northeast Syria provide valuable insight into what residents living under the PYD-led system feel about the administration and its governance. Survey results concerning varied opinions about the level of representation in the region, particularly commune meetings held by the administration, are quite illustrative. For example, the research revealed how many participants were satisfied with the administration’s governance on the one hand but insisted that it was not democratic on the other. Others lamented corruption in the system and its failure to represent everyone while monopolising its control over the region’s politics. ‘The ideology of Ocalan and the Administration encouraged participation but the relatively low levels of participation evident from field research suggested that there was a popular detachment from the ideological grounds of the administrative system and a gap between the theory and practice of governance,’ the authors observe.

Furthermore, some did not feel free expressing opinions that ran contrary to the PYD’s ideology and others ‘suggested that they did not believe that their opinions or suggestions were considered and, even though they participated in the commune meetings, they could not make decisions as decision-making was “only for some people”.’ Nevertheless, the survey took in a significant cross-section of residents under the administration and found several others who ‘expressed the belief that the communes were representative and tools for decision-making and empowerment, and recognised that their opinions were heard and considered’. Also, those surveyed who did not participate in commune meetings ‘still considered the system to be democratic’.

While much of the administration’s legitimacy derived from its ability to organise the defence of Kurdish-majority areas, through the People’s Protection Units (YPG) and all-female Women’s Protection Units (YPJ) fighters and later the multi-ethnic Syrian Democratic Forces (SDF) fighting-force, the authors also documented some worries from residents about conscription and disillusionment with some of the campaigns. Several residents complained about the fact that SDF/YPG fighters were ‘martyred’ in battles outside of Kurdish-majority areas, primarily in battles against ISIS in the Arab regions of Manbij, Raqqa and Deir ez-Zor. Kurds worried that ‘their children were being sent to die in foreign areas, not at home’. While under the laws of the PYD-led administration residents could not be conscripted to fight outside of their local areas, but surveyed residents pointed out that this did nevertheless happen, especially when the SDF/YPG faced manpower shortages in their offensive against ISIS. Here again, Kurds complained about being conscripted and having to risk their lives in ‘a battle that is not ours to fight’.

Destroying the Syrian branch of the ISIS caliphate meant that the SDF/YPG controlled vast swathes of Arab land, including cities. Here too, actions of the PYD sparked some criticism, especially when the group put up large portraits of Abdullah Ocalan in public in Arab areas. ‘In Shadadi, there are no Kurds but Arabs, and they have a big picture of Abdullah Ocalan. What will the Arabs say?’ complained one independent Syrian Kurdish politician.

The surveys also chronicled some interesting political differences among Kurds created by the geographical locations of their regions (Syrian Kurdistan consists of three enclaves spread across northern Syria that were long separated geographically). For example, in the northern region of Kobani, 42 per cent of those surveys expressed a favourable view of Ocalan and his ideology compared to a paltry 17.5 per cent in the north-eastern Jazirah region. In stark contrast to this, 40 per cent in Jazirah expressed a more favourable view of Masoud Barzani, the leader of Iraqi Kurdistan’s KDP, while only 9 per cent expressed a favourable view of Ocalan. Detailed original findings like these make this book’s on-the-ground research invaluable.

While its academic style can sometimes make it a very dense read, which is unsurprisingly given its complex subject matter, The Kurds of Northern Syria is a meticulously researched book and certainly the definitive account of this important region and its people. 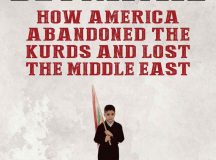 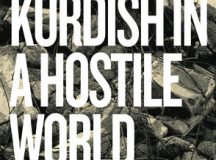 Book Review | Being Kurdish in a Hostile...

By Paul Iddon
Ayub Nuri was born in the wrong place, or so he likes to quip. He... Read more > February 2020 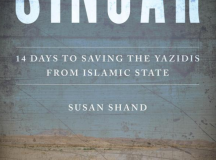